This is why Kentai Films doesn't outsource transfers

Before I begin I have to say that I have the utmost respect for evildee and all the hard work he's done for the good of Pinku loving wankers like myself everywhere. He's a lovely human being (I'm sure), and by posting this I mean no ill-will towards him or the things that he does. I just want to point out, once and for all, why you shouldn't "remaster" something if you're not 100% sure how to make it better without making another aspect worse in the process.

And yes, that goes for me too. 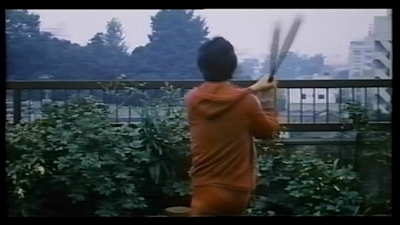 What we have here is a screencap from the ADC Exclusive release of SCENT OF A SPELL. In perhaps a bid to match the recent 16:9 upscale I made for Slave Wife, a new 16:9 transfer for Scent was made as well. In and of itself a fine idea... there's just one problem. The above screencap isn't deinterlaced. The disc looks like that in progressive mode, effectively a 30fps deinterlaced DVD.

This is a problem because the Scent tape looked to have fairly good 3:2 information. So instead of looking like that, we could have had clean and progressive FILM frames like so: 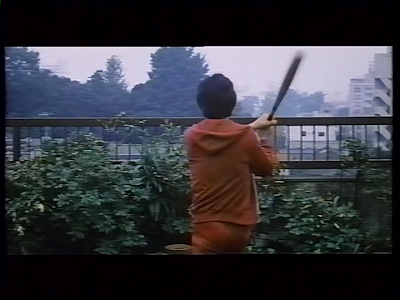 Let me teach everyone here a little something. You HAVE to perform all IVTC/deinterlacing BEFORE you crop, upscale, or in any way change the size of the original frame. The reason is simple; NTSC is made up of frames 480 lines tall, with constantly intersecting A fields and B fields. If you keep the field interlaced and then stretch these lines vertically, the A fields no longer blend with the B fields. This leads to ghosting, aliasing, and all sorts of ugliness I can't rightly describe or even show in still form. It's exactly what Manga Entertainment did for their "remaster" of The Wings of Honneamise, thought to be one of the worst anime DVDs of all time, and I'm glad to see they've never manage to royally screw up a digibeta quite so badly since.

If your transfer has no 3:2 pulldown (such as BOHACHI BUSHIDO SABURAI)... well, you're basically screwed anyway. You can either deinterlace and then upscale (as above), or even deinterlace, IVTC, and THEN upscale. But that whole road is moot for this particular source, and there's nothing you can really do to make it look 'good' at that point, so stop trying to restore it. You're really just wasting your time. I'm looking at you, Cannibal King.

Deinterlacing instead of performing an IVTC is bad for two reasons. The first is that by deinterlacing, you've already gone from 480 lines of information to 240. The biggest drawback to BOB (simple) deinterlacing is the fact that you get jagged diagonal lines and regular ghosting on motion, which is why you can see two bats in the first cap, and also why his shoulder and head look all jagged-like. Even with this letterboxed screencap, you can clearly see more high frequency detail in the trees and hair. Not that Scent of a Spell is exactly a razor sharp source, but the difference between noise, grain and detail becomes a moot point on such transfers, and you should really keep as much detail as you possibly can under the circumstances.

The second problem - this is a big one - is the fact that no DVD player knows what the hell to do with an image like this. If it were IVTC'd, it wouldn't have to deinterlace it at all, and everything would be groovy. The frames themselves are 30fps progressive, meaning that even on a DVD player designed to reconstruct interlaced frames and perform an IVTC on the fly won't know what to do with these frames. In effect, progressive 30fps should only exist for animation made at 30fps. A good progressive deinterlacing DVD player would be able to recover the original 24fps FILM frames from the original VHS-DVD transfer I made and avoid all those jagged lines and ghosts. No DVD player on the planet has the power to fix the upscaled transfer because the interlaced frames have been changed so much. With video restoration, less is absolutely more, and the simple act of an IVTC/Upscale combo is more than enough to make a transfer look better than it did before.

So, for all FILM based NTSC sources, first you try this first:

And if that doesn't work, you do this:

PAL sources and shot-on-video/hybrid affairs are another issue entirely. For the purposes of this entry, they can die in a gutter somewhere.

He was nice enough to create a patch for the letterboxed DVD I uploaded too, so it's not as if he didn't give me options. I'm downloading the patch now. I don't know evildee personally, and without him I wouldn't have a usable subtitle file for this classy looking film, so I can't really say anything bad about him or the work he does. This transfer just doesn't seem to be his finest hour.

More and more I feel I should try upscaling one of those god-awful Universe DVDs of DAUGHTER OF DARKNESS or RAPED BY AN ANGEL. No, I doubt anyone would care, but it'd still be fun to try.
at 9:54 PM