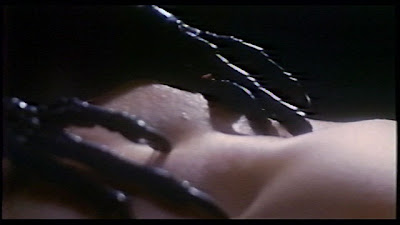 So, here's the skinny:

DOREIZUMA/SLAVE WIFE, likely Nikkatsu's wildest Oniroku Dan/Tani Naomi adaptation is up on the ADC. It's a recording of the Nikkatsu VHS circa 1994, and had a good enough 3:2 pulldown that I managed to create an anamorphic/progressive transfer. No, it doesn't look like a "real" DVD, but I challenge Exploit Asian to do any better (hint: they've failed). The film starts out as proper 2.40:1, but as you can see the bulk of the transfer is about 1.75:1, which is really a damned shame. Still, until Nikkatsu makes a new print and releases a legitimate DVD, this 14 year old VHS upscale is as good as it's going to get.

The upcoming translation was stolen from the Video Serach Miami bootleg, which retitled it "Captured for Sex 3"It's raw, but there will be a downloadable patch posted in the next week or so, so iffun' you want to watch Tani's tit molested by razor sharp stuffed crow claws, and American GIs, and uh, steak knives, get crackin'. 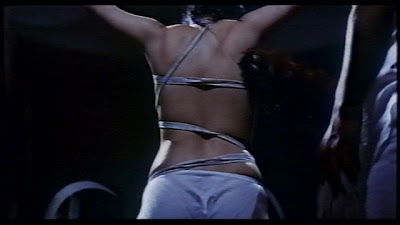