ATI, You Son Of A Whore

The PC that my wife built for me about 3 years ago was originally envisioned as a sort of capture device with benefits, and at the core of that theory was the ATI All-In-Wonder 9600 2006 Edition. At the time, I was more n00b than nerd, so my initial experiments with capturing and encoding to MPEG left much to be desired. Within a few weeks I'd simply given up, bought a DVD recorder, and felt mostly satisfied with the choice I'd made. 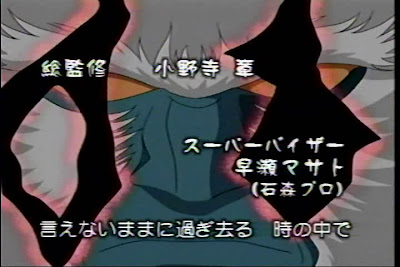 And then, this happened.
The fact that I'm using Genma Taisen as a talking point against the quality of the hardware I use is proof that, try as I may, I'll never be satisfied with any presentaiton... even if I never want to watch it ever again.

Fast forward about three years, and a combination of improved understanding toward video capture and a newfound hatred of the poor compression that you get from stand alone DVD Recorders has pushed me to dust off my old video card and give it that old college dropout try-again.

After uninstalling the Omega drivers (which are great if you're playing games instead of capturing videos) and reinstalling the ATI drivers, I smacked headlong into a brick wall; the three parts of the card dedicated to capturing, the WMD Rage Theater Audio, WMD Rage Theater Video, and (sorta' related?) the WMD TV Audio Crossbar, are all broken. I've not changed the card out, and it's working properly otherwise... the fucking thing just won't get any sort of INPUT signal. When you consider that's the whole reason I BOUGHT the stupid thing, you can surely see why I'd have just a bit of sand in my vagina.

Now I still have my Lite-On recorder downstairs, and in XP mode it does an okay job; not perfect, but I've yet to hear any complaints unless I'm specifically looking for a horrific frame and then show it off. Unfortunately I just got a box of rare LDs today, and I'd rather not resort to such methods if I can at all help it.

If replacing the videocard were all it would take, I wouldn't be so worried. See, when I bought the POS it was when AGP was the only video card interface worth mentioning. A lot's changed in 3 years, and now to get a decent card I'd need to go PCI Express. I'm not against it ethically or anything, but I don't have a PCI-E slot on my Motherboard either. Bringing in a new Motherboard means effectively rebuilding your PC from scratch, so even if I only spent a few hundred dollars (yeah, I totally have money to burn...) it would be a lot of work, and could put me out of commission for a couple days. Not the end of the world, but overall it's still damn frustrating.

Honestly I'm not sure what to do on this one. I've wanted to upgrade my video card for over a year anyway, so I can't say this wouldn't be a convenient excuse for me to do so, but the money is as much an issue as it is wither or not I start overhaulig this thing from scratch or not. I also need to figure out what video cards even support lossless capture, or if all of them do these days. Or none of them. It's been so long since I've needed to look that I don't have a damn clue.

I'll try to trouble shoot this one a few more times before I give up the ghost, but it is not looking good... not at all.

Update: Things are looking better. I'll leave it at that before I get anybody's hopes up.
at 11:18 PM