Psychosis is a Slow and Steady Process

It's like erosion of the brain. But I'm feeling a lot better. 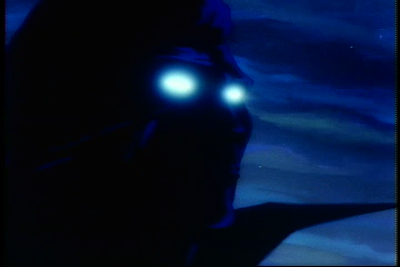 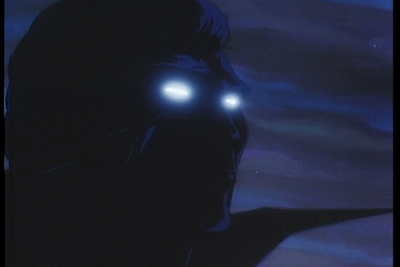 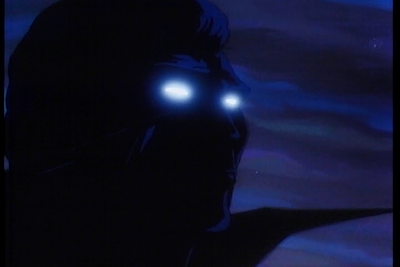 I know all three of them suck, but I honestly feel that mine sucks ever so slightly less than the rest. It took me a long, long time to come to grips with the fact that levels 1-18 on the R2 are nothing but video noise, and damn it, I resisted the urge to drop it down even further... yeah, I could have killed more noise in the process, but I'd start losing actual details, like the werewolf who breaks the cross when Rei and Larmika first show up (who's hard to see on EVERY copy sans the German 16:9 transfer) and the black dinosaur... uh... thing in the pre-title sequence.

For the actual encode, I think I've settled on Animation 4 in CCE 2.67 - it softens everything up just enough that the horrific noise ebbs just a bit, and manages to smudge out a little bit of the banding and mosquito that's simply a part of the R2 transfer. There is noise reduction involved, I'm sad to say, but I defy anyone to tell me the R2 looks better without it (particularly before compression). Unlike the majority of modern transfers this has no film grain, just horrible crawling ass that mocks everything goodabout being taken from a fresh IP circa 1985.

Animation 5 simply blurs everything - like vaseline is smeared all over your TV, it's awful - and Animation 3... eh, it looks more like the source, but the source looks like crap. If I were using a fresh LD I'd go in that direction, but I think Animation 4 is the very last step in making Vampire Hunter D '85 as close to presentable in 4:3 as its' ever going to be.

Not quite positive of the bitrate yet. I haven't given up hope on including the worthless UK commentary track (solely on principle), and there's still the OST to consider. Equally relevant extras include the UK and Japanese trailers, plus the making-of feature which I'll likely just steal from the US release. There's also oodles of stills and the like which I can pick through, though for better or worse, the vast majority of VHD extras are really for Kawajiri's 2000 follow-up. Plus, this will inevitably be a 2-disc set anyway, so I can space out what I want and still keep the bitrates on an 80 minute film at least reasonable (between 5~6 MBPS anyway).

I still have the R1 5.1 track at the ready, but can't decide if I should save the bits and downmix it into a 192kbps 2.0 surround track or not. The 5.1 mix really is awful, lots of echo on the English voices, but I can't tell if that's a side-effect of the remix or just the way it was originally recorded. Maybe it's both.

Also... is it me, or does this shot make Count Lee look suspiciously like Riki TAKEUCHI?
at 8:16 AM