The Best Scam EVER! 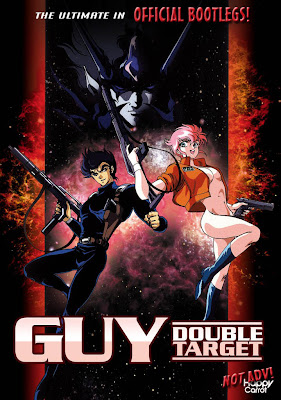 So, let's get the facts straight...
GUY: DOUBLE TARGET (both episodes of the GUY OVA original franchise) has been OOP in Japan for over a decade because they can't figure out who legally owns distribution rights to the title, FRIENDS or AIC or, whoever. Does anyone know? (Or care?)

ADV Films, which has been in dire straights all year, is starting a "new" label, HAPPY CARROT, and this is their first release. A release they still have masters for, which is a contradiction to the majority of "license rescues" in which a studio will purchase a show that some other local licensor has all the materials for.

ADV regular Tiffany Grant, one of the English dub actors from the mid 90s and husband of ADV co-creator Matt Greenfield, has already confirmed (off record at least) that the title's US distribution rights have lapsed, "years ago" even. It's not as if GUY was a particularly well liked of visibly popular title in ADV's stable. If anything it's a curiosity piece, being both ADV's first dub and one of several "VHS only" titles that were never released on DVD after ADV divorced themselves of the Soft Cel label in 2001 (even though they still controlled the studio, albiet quietly - Shhh, don't tell anyone!).

The show itself, by the way, appears to have been the revalation from some producer that "Baoh is pretty cool, but there's no hardcore rape... we could fix that." So, if you ever needed a reason to justify jerking off to an ARAKI Hirohiko knock-off, have at. Yes, I may buy it, but we all know that I have no taste and waste my money on mediocre crap instead of the better stuff that inspired it.

Battle Angel was one thing, unloading a few hundred leftovers from nearly a decade ago, but ADV is literally creating a new DVD using the digibetas and whatever else they have from the mid 90s to create this thing and soliciting it like it was a legitimate DVD. This is a title they licensed 14 years ago, and one that Tiffany Grant - ADV regular voice actor and wife of CEO Matt Grienfield - said "lapsed years ago". Battle Angel was ADV passing off once (almost) legitimate merchandise as new product when it wasn't. The fact that ADV was smart enough to only offer it to a few anime centric retailers sorta' clenches that the release - while not a bootleg in the traditional sense - was anything but on the up and up.

Guy is actually being released through retailers like CD Universe and Amazon, so I'd like to think that this one is on the up and up... but at this point, I'm just not sure.

Just yesterday, ADV Films announced a "partnership" with Sentai Filmworks, a new puppet studio that will effectively take over as their new non-adult anime branch. The fact that ADV has to create a "new" anime studio rather than continue releasing under their 15 year old brand name is troubling, to say the least... AoD has its' consesus so far up its' ass that they're willing to guess it was just bad press that did them in. More likely it's a question of Sojitz still wanting their money, Japan not wanting to trust the ADV "name" (though why they'd invest in a company run by the same CEO is anyone's guess), or, quite possibly, they're releasing a bunch of stuff without solid licenses I don't even know about and just want ADV to disappear in a year's time. I don't know. All I know is that something smells rotten in the state of Texas, and this time it's not the president. How many upcoming ADV releases are on the up and up? Is PRINCESS MINERVA? How about NADIA? I swear, if we get a sub-only box set with DELINQUENT IN DRAG/HANAPPE BAZOOKA/THE ABASHIRI FAMILY I'll just friggin' die.

Well, this should just be incentive for me to continue working my ass off doing what I do regardless. If ADV can get away with releasing shit they don't own, what's to stop me? I don't even have to worry about Japanese licensors discovering me and then refusing to sell shows to me: I wouldn't buy them anyway! 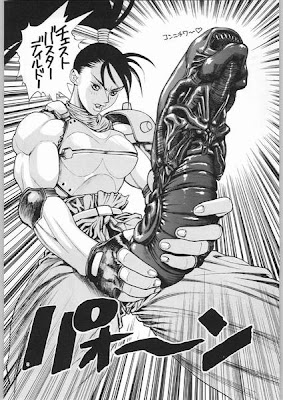