Guro Cop: For the Reals THIS Time. 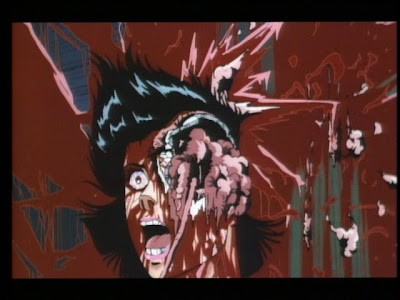 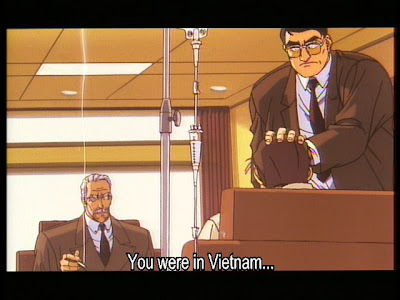 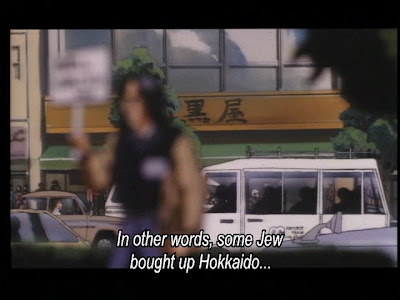 Angel Cop vol. 1-3, R2 DVD patched with optional English subtitles in 4:3 and 16:9 friendly flavors, is finally complete. Cover scans and Tony Takezaki manga included. On ADC now, and probably Usenet* in the next few days. That, dear friends, was quite an ordeal to finish. Hopefully the Kentai Films patch of episodes 6 will be more like patching a DVD and less like pulling teeth and reinstalling programs left and right just to get the goddamn thing to work for two seconds so I can put the completed SUP files in the completed DVD so I can fix its' bullshit with two programs AFTER the all-in-one solution does its' thing only for the upgrade to change DF/NDF settings--

In other Kentailicious news, I have to share a comparison between a Chinglish bootleg and the legitimate US translation for an upcoming magical mystery project:

Professionally Subtitled VHS: "Why are military hounds chasing you if you're just looking for your runaway brother?"

Subtitled Bootleg DVD: "Your bro has stolen the underpants of the emperor?"

See what I and my cohorts save you from killing brain cels with? Don't get me wrong though, I'm somewhat glad I have the bootleg on hand. Triad Translator Guy is worth his weight in gold for unintentional comedy... you can't intentionally buy translations like that. They just sorta' happen when the speaker knows even less Japanese than he does English and assumes that Babelfish will, somehow, make everything hold together in the end.

Triad Translator Guy was dead wrong. Lucky for us there's a Toei R2 begging to be patched, so my not-too-bad LD recording from a year or two back won't even be needed for a perfect English release. A shame the bootleg did a half-assed attempt to translate a special feature and the US licensor didn't even try, but you only do what you can...

*I'll take this moment to say that, as a Roadrunner/Time Warner customer, I'm quite jealous of everyone with Usenet access right now. RR's old servers kinda' sucked, but I'm currently paying $120 a month between cable TV and internet and get zero Usenet support for it. I mean, seriously, what the hell? I could hop on and start paying $15-30 a month for a premium account, but paying for the potential to steal shit that I can get (slower) via BitTorrent just feels... pointless.