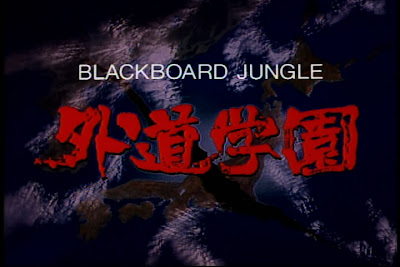 Raise your hand if you've ever seen 外道学園: BLACKBOARD JUNGLE. You may also have seen it under the title Nightmare Campus, which is... odd, as 'Gedou Gakuen' means "Outsider Campus", if anything, with the Gedou (or 'Outsiders') being the name of the gang that actually runs the school. Also, the word 'campus' generally refers to a college, and as with virtually all pornographic anime this actually takes place in a high school, where absolutely no-one is over 18... but I'm getting off track.

What we see here is the very first Gedou Gakuen DVD release from Anime 18, "Nightmare Campus: A Total Nightmare", which squeezed all 5 double-length episodes onto a single dual-layer DVD. It had an average bitrate of about 4.74 Mbps, and is - alongside the original DEMON BEAST INVASION and VAMPIRE HUNTER D releases - perhaps the single most horrific looking anime DVDthat I have had the misfortune to watch, ever. I guess for $50, I was supposed to be grateful, but I'd have gladly paid $90 for 3 DVDs that didn't look like a dried out turd on a bad stretch of dirt road.

Here's the same frame from the much later Nightmare Campus Vol. 1 edition, in which Anime 18 re-released the entire series as single DVDs. Looks MUCH nicer, no? We can thank a combination of better authoring and a healthy bitrate of 8.12 Mbps for that. Sadly, Anime 18 was desperate for cash, and in light of studios like Nutech releasing single episodes for $25, Anime 18 decided to douch-out and release each and every episode for $30 retail. While I'd love to have the nicest looking uncensored version of Gedou Gakuen, I just can't justify paying 5 times as much for the same episodes I already own. Thankfully I got a rip of this disc from a friend of mine who figured it was worth a shot to see if there was an improvement. 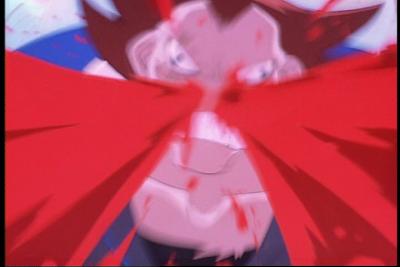 Not to be outdone is the Japanese Vanilla/Japan Video Distribution DVD, which despite being censored in accordance with Japanse obscenity laws, does include the original Japanese credits and kanji opening titles. While it's a tough call, I think in terms of compression artifacting, the Japanese DVD actually looks slightly worse than the Anime 18 single! Granted they both wipe the floor with the original DVD-9 "A Total Nightmare" release, which is the real focus of this whole blog.

So, just to be safe, let's use a shot that isn't terribly difficult to encode: 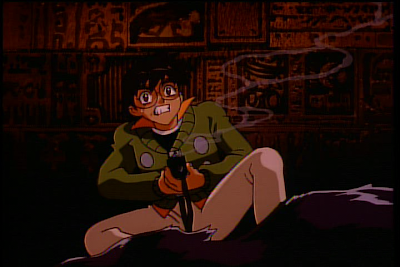 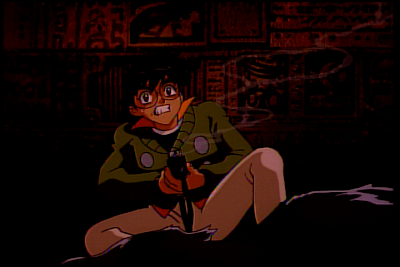 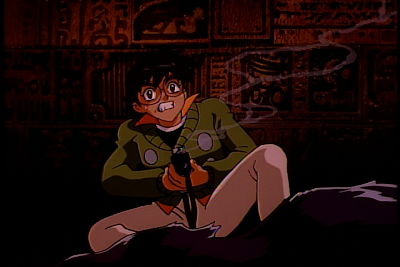 JVD
As you can see, while the original Japanese DVD isn't free of rainbows, they're less... obvious. Frustratingly, all this chroma nastiness is a side-effect of the titles editing that Anime 18 did back in the mid 90s, and short of them re-creating the credits from scratch there was really no way to undo it. To get rid of the rainbows, dot crawl frame-blending (ghosting) entirely would require the original film negative be re-telecined on digital equipment and then re-edited on a digital video station, and as Urotsukidoji hasn't even yet gotten a remaster, I think it's safe to assume we'll be holding our breath quite a while before JVD bothers to do any sort of full-blown HD remaster.

Frustratingly, the 'Single' DVD is so dark that it's eating away part of the background. For further examples of Black Hole Syndrome, lookie here:

I assure you, there ARE objects in the room on the other two transfers.

The US master also has a much stronger color saturation, which means that all colors - particularly red - look more vivid compared to the Japanese release. This at first gives whites a pinkish look, but it's the same on the R2, just not quite as pronounced. The MPEG encoding is dramatically improved on the R1 singles, but they can't fix the problems inherent in their decade-old video masters. 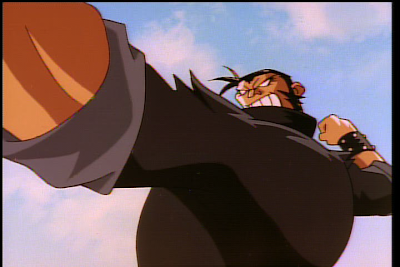 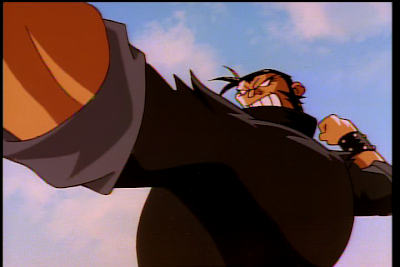 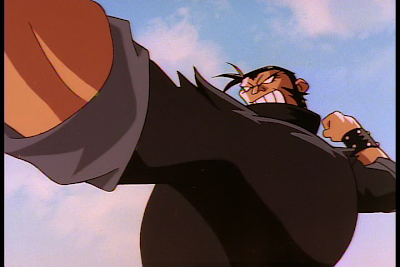 The collection has brighter colors, but as you can see in his face, a lot more mosquito noise. Sadly, his face also proves that the chroma rainbows are a major issue on both Anime 18 DVDs, so the R2 DVD really is the clear winner in terms of color, chroma artifacting and MPEG compression, all things considered. If you want to break this down mathematically:

Of course, there is one major strike against the R2 DVD, even before we get to there being no R2 for the final episode, Gedou Gakuen Z: 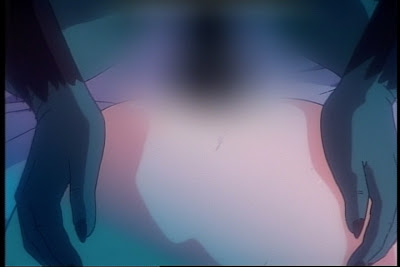 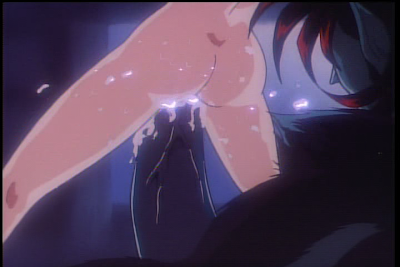 ...artifacts.
Goddamn... talk about the lesser or two evils. 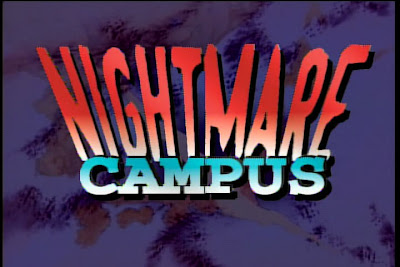