Something a little different today, which (hopefully) I'll be doing a lot more of.

Some time ago I was sent the uncut R2 DVD release of 淫獣学園EX/INJUU GAKUEN EX, more commonly known in the west as LAdy BLUE. The first of two "original" sequels to Maeda Toshio's genre spoofing tentacle rape heroine story, it's honestly not my favorite. I'll always have a soft spot in my cock for the first two episodes, but their incredibly limited budget and generally wonky over the top art design mean they're only amusing or sexy because if you can't beat off to it, you have no business watching ninjas vs tentacle monsters in the first place. Episodes 3 and 4 had much nicer production values, but the story simply wasn't as engaging as the first two episodes. Finally there was Shin Injuu Gakuen, which Anime 18 simply released as La Blue Girl 5-6. These final 2 episodes based (oh so loosely) on Toshio MAEDA's original manga were probably the best of the lot, performing the balancing act between comedy, character development and watchable animation that all prior epsiodes would have multiple parts of, but never quite got the combination right with.

Anyway, the guy who sent me Injuu Gakuen EX (clearly) likes it the best, and as my wife agrees with him there must be something to it. It certainly has the best animation (barring Returns, which is one of the shiniest ero anime ever created...) and character development, but I never found them as funny as the original, and the balance between the gratuitous pr0n that helps keep the show ridiculously viscerally engaging and a transgression of the all too serious monster rape sub-genre was far too slight for my tastes. Returns would jettison the wank material even further, to the point where I question why they even bothered making the title pornographic in the first place. It also reduced Miiko MIDOU to a girl more innocent and nubile than she was 6 episodes prior, but hey, if Japan wants to turn its' strongest heroines into ironic moe-bait, there's little I can do about it.

As I said, this'll be a bit different than usual in that I'll be comparing the edits made by the US distributor, Anime 18, to the Japanese DVD release from Tokuma Japan Communications. Sadly(?), the first episode only has one sequence missing, and it's not nearly as imappropriate as the cut material from the second episode, so this won't be too exciting. If only I can get my hands on the Original/Shin La Blue Girl DVDs, you bet your ass these comparisons will get lengthy and ridonculous... 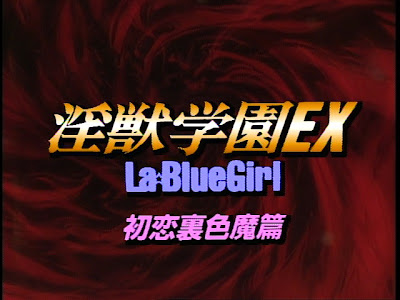 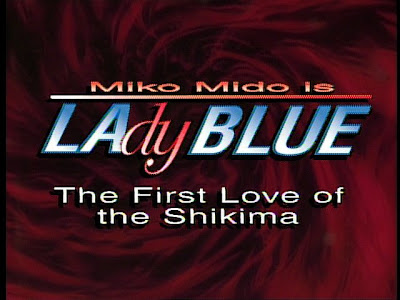 The R1 DVD starts off with various studios logos - Daiei, DEZ, etc. - which are shown in the R2 menus before the episode starts, so in reality the R1 DVD runs about 28:35 when played side-by-side with the R2 DVD. That means roughly 14 seconds of footage is unaccounted for... 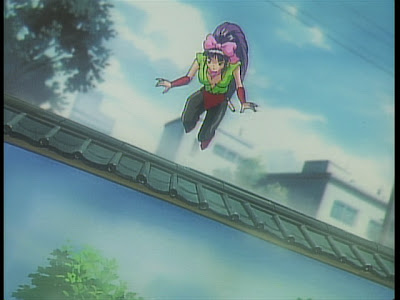 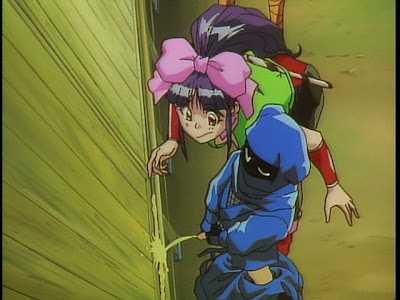 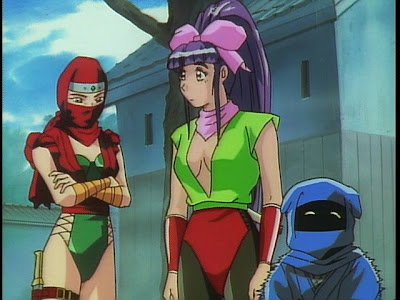 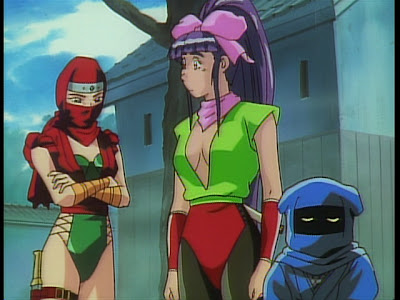 And, there you have it. The uber-offensive and too hot for Anime 18 footage from Injuu Gakuen EX/Lady Blue 1 was nothing more than Nin-Nin, everyone's favorite Ewok, taking a leak in a completely non-sexual manner. I wish I were kidding. At least this 15 seconds is minor overall... having tried to piece together what unspeakable horrors Anime 18 performed on shows like Night Shift Nurses and Twin Angels, this is but small potatoes.

I'd point out that Dragonball features similar footage of young boys with their cocks hanging out takin' a whiz, but I don't really think I need to belabor how paranoid and silly Anime 18 was with this franchise. The screencaps speak for themselves. Also notice the "...what the crap?" face Miiko now makes with zero provocation in the R1.

Also, because it's what I do, here's a comparison between the R1 and R2 DVD picture quality via high quality JPG: 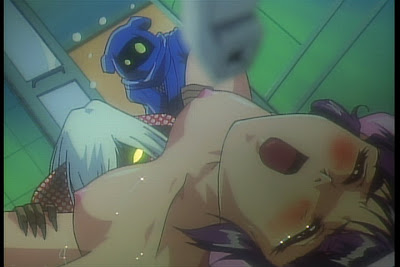 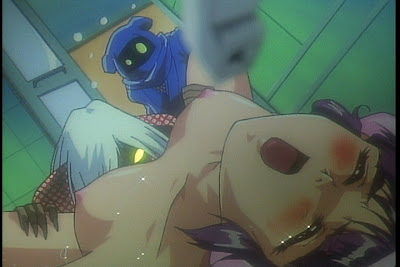 R2
Obviously the R1 is uncensored, making it the winner by default, but the two are surprisingly similar. The R2 is definitely a bit sharper, and the R1 seems to shave off just a few pixels on the left side, but they're both from a composite master with frame blending, so neither is particularly great. The R1 also has subtitles previews for OVAs 2 and 3, though because Anime 18 never dubbed them they're considered an extra rather than part of the program. The R1 also has an art gallery, that silly "Anime Artform" thing that was dated the minute I saw it in the mid 90s, and previews for other A18 titles. Both contain character files, and the R2 goes the extra mile in redundancy by featuring a description of each episode on the disc... because on the box just isn't enough. Oddly, the R2 contains no previews of any sort.

And there you have it. Nin-Nin back from the cutting room floor. Expect a Part 2 (and 3... maybe even 4) for this series eventually.

P.S. - What would an Anime 18 DVD be without some clunky hardsubs? 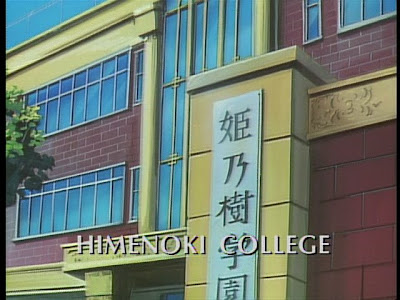