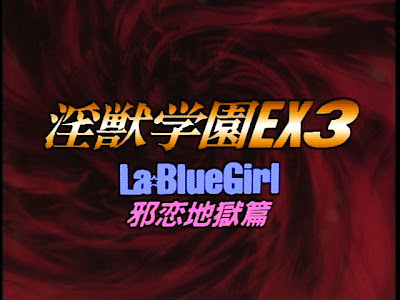 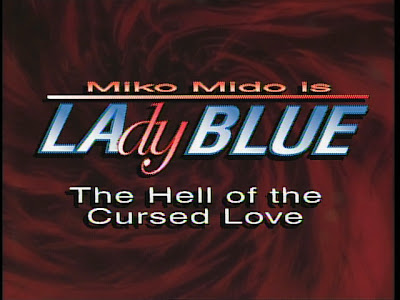 I'll be damned... no cuts on the R1 this episode! At first I thought this was going to be a Nin-Nin fuckfest with the R1 running 27:14 (with several additional logos) and the R2 running 28:53. Remove the logos and credits from the equation and both versions run about 26:35. For whatever reason, Anime 18 removed the credits from episode 3, and it literally cuts from the last shot of episode 3 and then starts up at the Daiei logo for episode 4.

Anime 18 left the credits for episode 1 in before getting to episode 2, so I didn't think this would be an issue. Ero Anime being edited into bullshit "movies" by foreign distributors wanting to cram multiple episodes onto a single video is quite common, but I can't for the life of me figure out why A18 would do that for the second tape and not the first. I'd expect that sort of random inconsistency from Manga Entertainment, but I always figured Anime 18 had a bit more common sense.

To compensate for a distinct lack of Nin-Nin dork, here's an amusing cut-away shot from when princess Shana literally bites off and swallows oni cock. 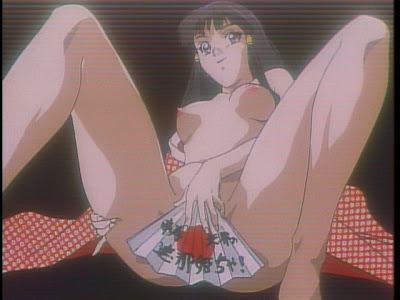 It only lasts one frame.
Tongue (...tentacle?) in cheek moments like these keep the entire Injuu Gakuen LA*BLUE GIRL franchise head and shoulders above every other show with "Injuu" in the title. While the third episode didn't wow me quite as hard as the second, I still feel that I've been a bit unfair to the EX series. It's not quite as wild as anything that Maeda actually wrote, but it does build on the mythology it created and does it with plenty of style, and sits comfortably alongside the latter two episodes of GEDOU GAKUEN: BLACKBOARD JUNGLE as the best Maeda inspired (I do't really want to say 'adapted') Ero-Anime series after the original Urotsukidoji trilogy. Demon Beast Invasion and Adventure Kid both have their own sort of clumsy charm, but in the end they're not much better than their non-Maeda contemporaries like Injuu Kyoushi/Angel of Darkness. Of course, while The Wandering Kid franchise got progressively worse as time went on, La Blue Girl kept getting better, so comparing them one for one is even more difficult than it really ought to be.

Anyway, I can promise you Episode 4's report will contain more than one edited sequence, so look forward to it!
at 9:04 PM