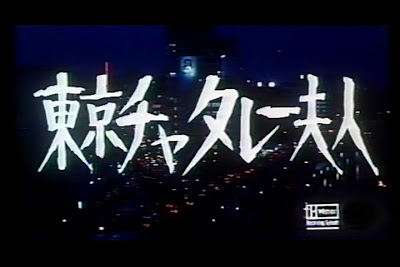 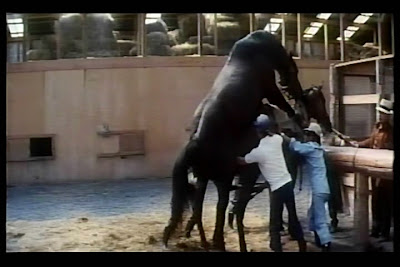 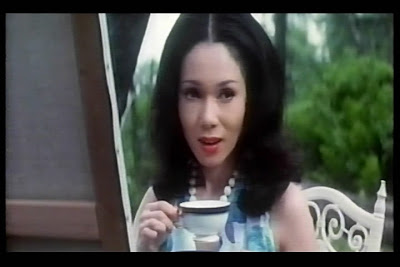 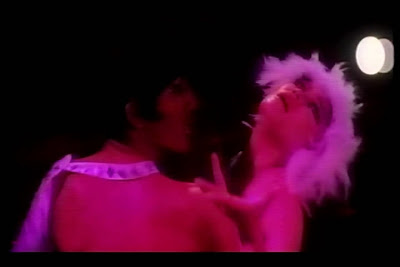 Unlike Sukeban Mafia, this tape was watchable enough that a full 16:9 remaster was possible, aside from the usual degraining and color correction. As you can see, the blacks are VERY black, which is a bit frustrating, but that's either the print Nikkatsu used or the way it was originally shot so making it any brighter would have just kept more noise. Believe me, there's a certain point where "more noise" really equates to "more artifacts" on DVD, and with this one running a full 90 minutes I couldn't just kick the bitrate up to 8mbps like I usually seem to get away with on 60-70 minute Japanese softporn.

As with most Nikkatsu tapes from the 90s sell-through market, the tape is windowboxed to about 2.0:1 during the credits, and opens up slightly to 1.9:1 for the rest of the feature. By "open up" I mean "is cropped more" than any anamorphic scope print would be, but as a 70mm print would be letterboxed to 2.1:1, wither or not the extra 0.2:1 is a big hairy deal is a personal call. Then again, Roman Porno would never have gotten 70mm prints because they were always shot in a week for about 30 cents, always in mono and sometimes even on 16mm, and so blowing it up to 70mm would serve absolutely zero purpose. As always, until Nikkatsu un-vaults some 35mm print and does a new transfer, this is still as good as it gets, so just relax and enjoy. 'Specially with that upcoming subtitle patch.