Ichi the Killer *IS* Number One! 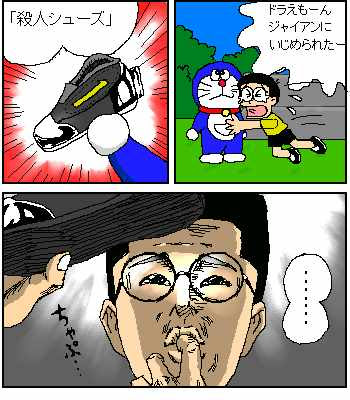 This. Is. AWESOME.
And nobody outside of Japan will ever know why.
A new year has dawned, and Kentai Films - for better or worse - hasn't given up the ghost just yet. The newest project that I'm willing to talk about is an old favorite of mine, and actually the earliest thing I tried subtitling, to very little real success I might add. I had neither the technical know-how nor the experience to even think about translating Japanese into English, but you can't beat wide eyed enthusiasm out of a kid with a stick. No, that realization that every time you fail you aren't necessarily getting better at it only comes from years of crushing disappointment and a bitter, cold cynicism that he takes from the world that slowly wore him down into a crazy, jaded man who only cares now because, if he didn't... well... what did he spend so much time trying to accomplish?

And, that's enough of that.

Excluding various bootlegs there have been not one, but two very different English friendly releases of 殺し屋１ THE ANIMATION EPISODE ZERO/Ichi the Killer: The Anime Episode 0, and to be honest, both of them kind of suck. First was Hong Kong Legends, the generally reliable UK distributor best known for releasing watchable widescreen prints of Bruce Lee movies a decade before the rest of the world caught on. They produced their own dub and subtitle translation, and despite the PAL transfer being a standards conversion from an NTSC source, it was still a component transfer. Expected softness/ghosting aside, it all looked quite presentable. What I can't understand, however, is why they did this: 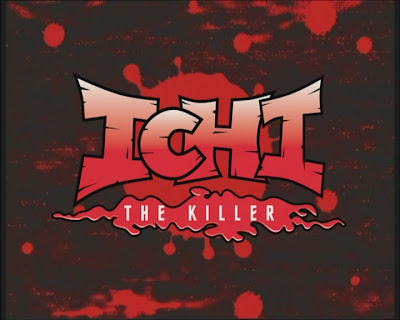 ...to a perfectly innocent title card that never caused any harm to anyone.
I know I'm not a Brit, so maybe there's some sort of cultural impact I'm missing, but... Jesus Christ on a Pony, what IS that atrocity?

The US DVD didn't have to deal with ghosting, but due to CPM's typical incompetence the transfer ends up being a composite mess riddled with fugly dotcrawl and chroma noise. Considering the Ichi OVA is a surreal piece of expressionism, that means that the entire screen is just crawling in nasty ugliness. They tried to be "clever" and create subtitles that were in line with the emerging digital fansubs... well, okay, they blatantly knocked off the fancy subtitles made by "The Hawks", who were the first (and probably, only) group to subtitle the OVA when digisubs were just getting their legs at the turn of the century. They also remain the only people crazy enough to translate all 10 volumes of the original manga. In theory it was cool, but between DVDs limited subtitle resolution and the nature of the beast, the whole thing looked sorta... I'll just say "tacky" and show you what I'm talking about. 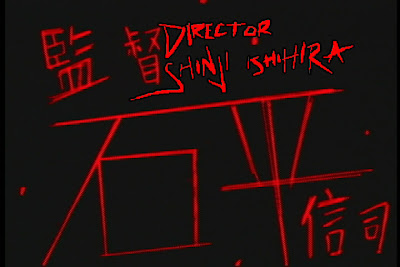 I give the CPM crew an A+ for effort and all, but when you can barely rEad the scratchy looking text itself... I mean, I know that blinking dancing karaoke subtitles have forever ruined the point of logical, readable subtitles on Japanese animation, but for crying out loud, can't I escape them even on legitimate DVDs?! Also, behold the power of dot-crawl: 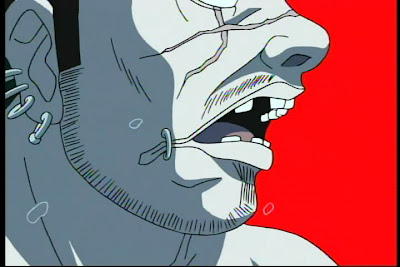 Huh... a lot of it actually got JPG'd straight to hell. Still, check out the rainbow in his stubble!
The two English dubs are drastically different, but they share the common trait of sucking pretty equally. The American dub made the whole thing into an unintentional comedy made by a bunch of over-caffeinated kids screaming behind the mic, giving no thought to the characters they're supposed to portray. I know that dubniggers will remind subjews - like myself - that there are a lot of good English dubs out there, with dedicated performers bringing their characters to life in a manner that's every bit as emotional and spiritual as the Japanese staff. Honestly, I doubt any of them would defend this one, which while a step up from the crap Streamline used to churn out a decade prior, reminds me why I became a reclusive subtitle lover in the first place.

In comparison the British dub (which is in 5.1 surround, no less!) is just... bored. Even in scenes where Ichi is clearly SCREAMING in Kakihara's face that he's going to kill him, I get the impression of some refined Englishman sipping his Earl Gray, refusing to raise his voice for the sake of something as improper as an indecent cartoon show. Pick your poison, they're both terrible for totally different reasons, and which is funnier would likely depend on how wasted you are. Not to encourage you, dear readers, to get smashed as all shit, but I can't imagine any other circumstance in which watching the Ichi the Killer OVA in English would produce even the most inappropriate of laughter.

The UK subtitle translations has its' own, uh... idiosyncrasies, to boot. To their credit, they actually subtitled the ending techno tune, which is just made up of voice clips featured in the OVA proper. Unfortunately it's vague as all hell toward the end, with a yakuza thug talking about his "son". No, the two-bit hoods who brought him there aren't his offspring, the Japanese use the word "musuko" to describe their son - much the way an American would say "Little Buddy". Or "Ding Dong". Purple Crowned Majesty. Puff, the Magic Dragon. My Greasy Salami. Regular Chap Stick. Dolphin for Floggin'. Pole at the Strip Club. The Punisher. My Name Is Earl. And, so on...

Similarly the line "Bukkoroshiteyaru!" is translated as "I'm gonna beat you to death!" 'bukkorosu', a slightly less formal version of 'korosu', just means "kill". The implication of beating, or any direct method is nowhere to be found. Now, considering the guy saying it has blades strapped to his heels... I mean, do the translators even WATCH the show that they're working on?

Finally, the two releases differ in special features. Both include drastically different trailers advertising the OVA as The Birth of Fear, which is... kinda' silly, honestly, as Ichi the Killer was about violence and love, not terror and fear. Unless the story is about Ichi's own fears of inadequacy and self doubt, which I don't think is what the marketing campaigns focused on Kakihara were ever getting at, but, whatever.

The CPM release has an art gallery, the HKL release has a brief behind-the-scenes featurette on the live action Ichi the Killer film. Yeah, even Japan knew that this 45 minute long OVA was really just a fluff piece for fans of the franchise, and had the live action movie never been made, this OVA wouldn't exist either. It tries to fill in the gaps between the ICHI-1 and ICHI THE KILLER story lines, but manages to do it in a way that ties closer into the Ichi the Killer manga continuity than either of the live action films. It's confusing (and yes, just a bit retarded), but no more so than any multi-media franchise. I mean, honestly, is The Dark Knight really supposed to tie into Gotham Knight? For real real, not for play play? And don't get me started on the various forms of Mortal Kombat movies, TV shows, and everything else that isn't a video game... or, for that matter, a video game that only stars one of the MK canon characters. *Shudder*

Thankfully, all of this imperfection will end soon. I finally have a copy of the Japanese DVD, which is component, NTSC, and quite beautiful if I may say so. I also have both UK and US subtitle tracks, and can pick and choose the aspects I like from both if I feel the need. The Japanese DVD is full of special features I've never seen before - including a peek at Takashi MIIKE playing in his first ever anime voice over session! It took 2 minutes total! - so expect a patch soon, and a rebuild later on if I can't somehow sneak the English dub(s) on there any other way. I'm not 100% sure what I'll do with a "Sale" version, but rest assured it'll include both English tracks. It's just a question of "when" at this point.
at 12:34 AM

"Bukkoroshite yaru" can literally mean "beat to death" but its often translated with correct feeling as "I'm gonna fucking kill you."

Kentai 拳態 said...
This comment has been removed by the author.
12:28 PM

ou make a good point: in 9 situations out of 10 I wouldn't have thought about "beat you to death" as an inappropriate translation for 打っ殺す. I think I myself had Amon sneer out "I'll kill your ass" in a prior project, though I'd have to double check.

That's just the thing about the British script, though: it's accurate from a purely academic standpoint, but doesn't feel like a natural English adaptation of what we see on screen. You can't very weal 'beat' someone to death with a blade any more than anyone who speaks English calls their penis their 'son'. I'm guessing they had a fluent Japanese translator do the work and then didn't have an English editor double check the whole thing for context, which is common enough.

I guess 撲殺 (Bokusatsu) is the only phrase I'll now ever equate with "beat to death"... blame it all on Dokuro-chan. ^_~