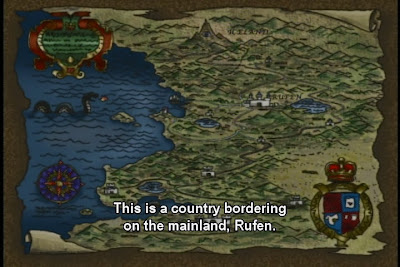 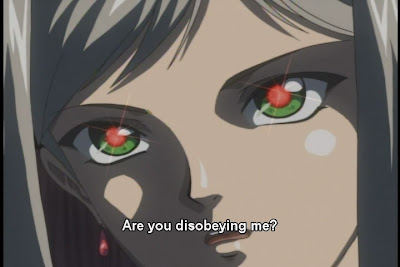 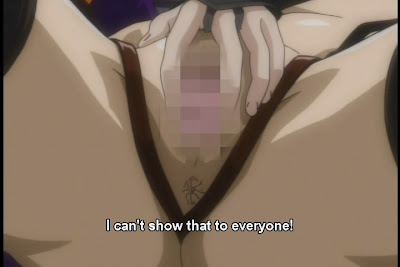 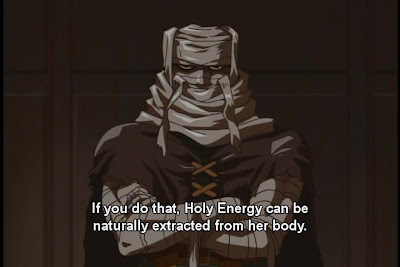 What's sad is that I already know that I'll be doing a "2.0" version of Lilia, whittling the whole show down to 2 discs with a slightly better translation and, for good measure, English menus. But that can wait until I've convinced someone that's preferably not me to translate the final episode. For now, patches will do quite nicely.

HIMEKISHI LILIA/姫騎士リリア (Princess Knight Lilia) is indeed the heavily pixelated hint I gave a while back. Never seen is one of the masterpiece titles released by Pixy in Japan, a studio that decided long ago that they would market episodes at reasonable prices, charging only $20-40 per episode, which is currently about half the price that "big" ero-anime studios like Pink Pineapple or Discovery typically charge. Their shows are also some of the best out there, with Lilia - their first, and easily one of their best - standing firmly on the same ground as titles like Mahou Shoujo Ai as one of the few genuinely excellent tentacle pr0n titles to be released in the last few... well, released ever. Lilia also has dual-cocked ogres, circle jerks, and everything else the creative staff can think of to kick my jaded weiner right in the face. You won't like everything the show has to offer, but if you don't find something to love, you're on the wrong blog.

This particular title is a massive pain in the ass to subtitle, because the "Play All" and "Chapter" options actually go to different titles, still using the same VOB files. (I know exactly why they did it, but they didn't really have to - they just took the lazy man's route to make sure their asinine 27 chapters would still work.) The issue is that these different branches have different IFO CLUT files, which decides what colors the subtitles are. I finally found a work around, but this has made my brain bleed in ways I'd rather not acknowledge. Still, fucker's done now, and episode 2 will join it soon. Episode 3 will require some drastically different subtitle footwork, but it'll work out. Somehow.