He's still laughing! See, recently Akira TORIYAMA made a written statement in response to the upcoming cinematic 3rd trimester abortion known in Yank Land as DRAGONBALL: EVOLUTION. It's rare that I completely write off a film of even having a prayer of being watchable, but let's remember that we're going from this... 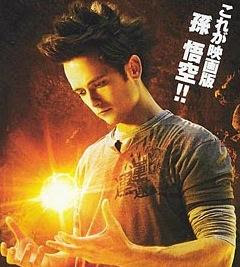 I swear to god, none of the photoshop here is my doing.
I'm not angry that one of the better 1980s shonen serials is getting a Hollywood adaptation. I'm not concerned that James Marsters is going to fuck up Piccolo. I'm just kind of stunned that this happened at all. There's been a sort of rennicanse over the last decade and change in learning to adapt comic material to the big screen - some of it more successful than others, we'll all admit - and I'll grant that experimental adaptations like Sin City and Watchmen would have been unthinkable, even just 5 years ago.

No, the problem is that Dragon Ball - even the more fighting aliens oriented "Z" part of it - is a candy colored world full of fat taffy men who turn their enemies into chocolate, and green martian Gods who vomit eggs which hatch into pure malicious hatred. Soft ball shaped spaceships bringing space monkeys who can demolish planets with a wave of their hand, and panties are - more often than not - worn as hats rather than knickers. 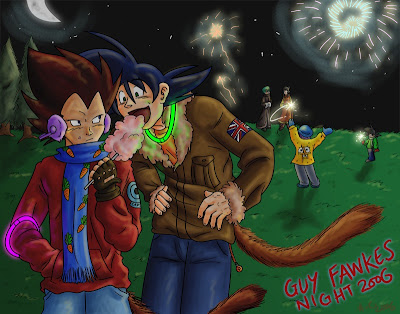 Storyboards stolen from the set of the live action Dragonball movie.
The problem isn't that Dragon Ball is too epic in scope, or too difficult to realize via CG, it's that the fabric of its very universe doesn't lend itself to live action any more than a Bugs Bunny cartoon or a Johnen Vasquez comic book does. There's no good that can come of this from the get-go, and the fact that the trailers are lifting shots from the manga - but NOT character designs or attitudes - prove it'll be an adaptation in the same way that Wanted or City Hunter or Casshern were adaptations of their source material. By which, I mean they weren't. At all.

So, what did Toriyama, original creator of the Dragon Ball manga have to say about the whole thing?


As the original creator, I had a feeling of "Huh?" upon seeing the screenplay and the character designs, but the director, all the actors, the staff, and the rest are nothing but "ultra" high-caliber people. Maybe the right way for me and all the fans to appreciate it is as a New Dragonball of a different dimension. Perhaps, this might become a great masterpiece of power! Hey, I look forward to it!!


I love that everything but the last two forced sentences are the same stunned, glazed eyed level of disbelief I myself had when I saw that not only was Chow Yun Fat going to play the grizzled old fireball launching perverted Turtle Hermit, but that he'd refused to shave his head and grow a moustache for the occasion. Because Chow Yun Fat would never, ever shave his head and grow a- 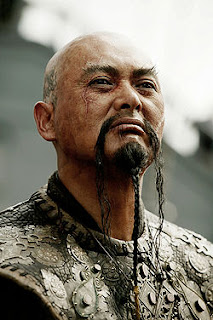 And to think, he gave up the chance to make RED CLIFF with John Woo for this train wreck...
At the very least, we know that no worse live action adaptation of a popular anime franchise could ever happen. I mean, the odds of- 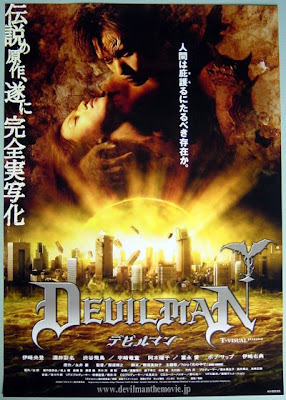 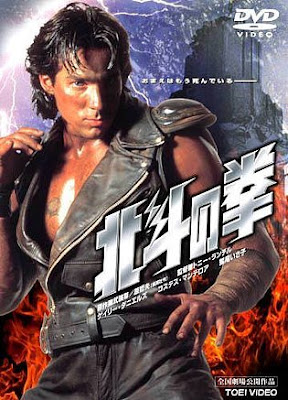 ...hmm. Fisted by the North Star? Fair enough. I guess now it couldn't get any wo- 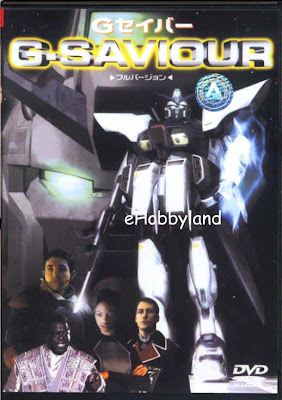 RUN FOR YOUR LIFE!!

Well, you get the point. I could point out LESS awful anime/manga adaptations, like Makai Tenshou: Samurai Resurrection, Crying Freeman, Riki-Oh and even Ichi the Killer, but that just isn't nearly as much fun as rubbing people's noses in rancid stuff like The Guyver, The Wicked City and Dragon From Russia.

I have a feeling that when all is said and done, this will still be the better of the two. 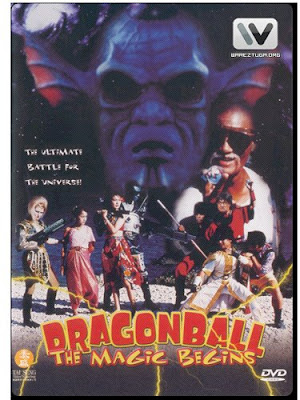