Aki Grows Up And Gets Brighter 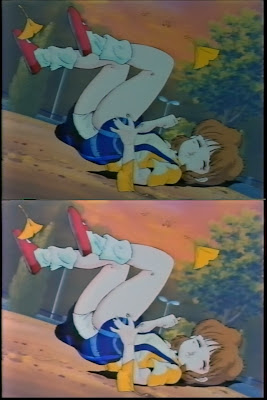 3 episodes, 1 disc, 7500kbps MPEG-2/256kbps AC-3. Remastered from official Nikkatsu pre-record VHS. Optional English subtitles for the very first time. We're designing interactive menus too, just because I love you like that. Expect it to be finished within the next few weeks. 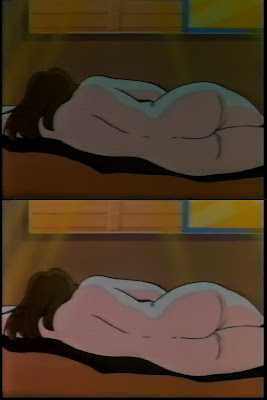 I won't lie to your face and say they look great, but if you ever saw the VHS tapes these transfers were made from, you'd be surprised. I worked day and night on this obscure pedofest until I turned it from a stinking pile of shit into a respectable piece of crap, with careful RGB color corrections, extensive gamma tweaks, and failed (but well meaning) attempts to make it progressive. Unfortunately, there's some VERY low level chroma blending that I hadn't spotted prior, which means that on even a partly-progressive transfer you wind up having combed colors on progressive grayscale... I don't even think I've ever seen that before, except on freaky colorspace issues I swore that I'd never speak of again. Sure enough, the wandering color-ghosts are on the source tape, and try as mankind may there's just no way to un-bork ghosting NTSC video. 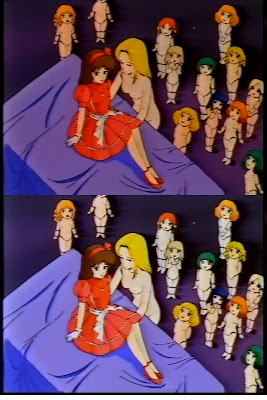 Episode 3 still has (major) tracking bugs, and I'm frustrated to slap my name on something with such an obvious fatal flaw, but as it's the stretched and worn mylar tape itself that's at fault it won't do any of us much good for me to apologize for not fixing it. While I'd rate the last episode a C-*, the other two are fast approaching a B+, and only escape an "A" because I refuse to grant a VHS source that honor, regardless of how amazing a tape it was. There just isn't enough resolution (or lines, whatever) compared to an LD source for it to be an A, if arbitrary video quality ratings I make up on the fly are ever going to mean anything at all. 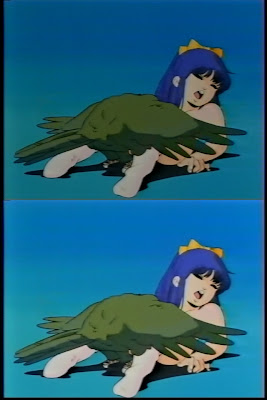 Unless you already own these episodes on mint condition and rot-free LD, this will be the best quality you'll ever see them in. And, if you DO own these on LD... seriously, hit me up. We'll make things happen.

For the record, rating video quality on a sliding numeric or alphabetic scale is kind of pointless, when you get right down to it. Genre Film A is never going to look like Genre Film B, thanks to things like different lighting, film stock and camera lens quality, level of post-production tinkering, and thus neither should the two look the same on video, even if both of them are accurate representations of the source material. Ergo Genre Film A may look like utter crap compared to Genre Film B, but if it's an accurate representation of what was on "A"'s camera negative, that in no way implies that it should get a "B" for its' inevitable video rating, unless the whole point of reviews are to say "this DVD looks purty" and not "the guys who encoded this thing should be shot". But, I digress.
at 1:36 AM