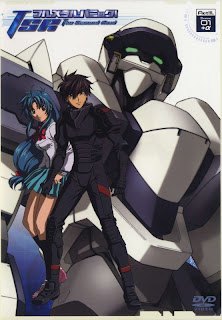 As if to prove that the Full Metal Panic franchise exists only to mock me, "The Second Raid" is actually the third title in the series, after the original "Full Metal Panic" and the follow-up "Full Metal Panic? Fumoffu".
I guess I should be neither shocked nor upset by this, but FUNimation has recently announced that one of their upcoming High Definition Blu-ray titles will be Full Metal Panic: The Second Raid. The entire FMP franchise has actually been released on limited Blu-ray box sets in Japan, and those discs were coded so that you couldn't watch it in English without forced Japanese subtitles (or vice-versa), so in and of itself it's not really surprising that the second biggest anime consumer base - North America - would eventually get the same content on the same format. It's also a franchise that seems to have been popular enough that ADV has released the original and Fumoffu series a dozen or so times.

There's just one tiny problem. Full Metal Panic - the entire three part franchise, not just TSR - was never animated at resolutions beyond that of the NTSC DVD specification. The "High Definition" Blu-ray release for all three parts of the franchise have been literal 720x480i NTSC Digibeta tapes upsampled to 1920x1080i D5-HD tapes. No new animation, no remastering from cels (which never existed for these shows), literally just the same content upsampled from NTSC to HD. This all becomes especially amusing if we remember that, back before Blu-ray was even available to content providers, ADV was plotting to offer WMV-HD DVD-ROM combo discs featuring HD versions of RahXephon, Noir and... yep, the original Full Metal Panic. Way to show off the technology guys!

You'd be forgiven for assuming that a professional studio upscaling would be higher quality than your DVD player at home - you'd be somewhat inaccurate, but forgiven. Despite the claims that upscaling algorithms can make a huge impact on perceived detail, the difference between, say, bicubic and spline is minor in the long run: the former creates aliasing, the later creates ringing, and neither are all powerful voodoo which suddenly turn a DVD into a "real" HD transfer. The fact of the matter is that consumer level home equipment, including the PS3 and the Oppo DV-983, contain some of the very best deinterlacing/scaling hardware on the market, and odds are that studio upscales happen thanks to a hardware video processor that uses the exact same technology. It's an open secret that a lot of "Full HD" animation is actually only created at 960x540 and then scaled (2x) for 1920x1080, so while upscaling isn't exactly the final solution, it really shouldn't be ignored either.

The most troubling aspect of upscaling 480i to 1080i is the issue of deinterlacing. Most animation is animated at 24fps (or various multiples that add up to 24), even if actual film is no longer used, and "proper" 3:2 pulldown deinterlacing takes an interlaced frame full of redundant data that, as encoded on the disc, looks like this: 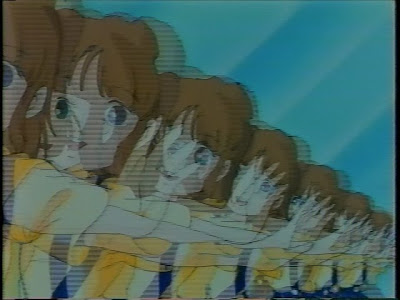 Remember to open these examples in new tabs to see them properly.
Either your deinterlacer has failed miserably and your video shows off these unmatched fields (often called "feathering"), or it drops the redundant data and reconstructs the origina "progressive" film frame, looking something like this: 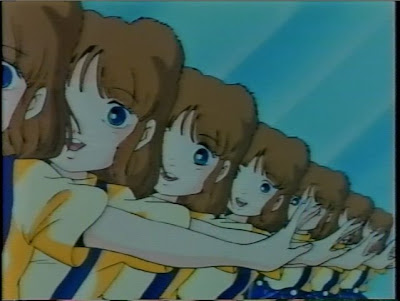 Much better.
Unfortunately, if your deinterlacing hardware isn't very good at its' job, it just sort of smears everything together into an aliased mess, like... ugh. This: 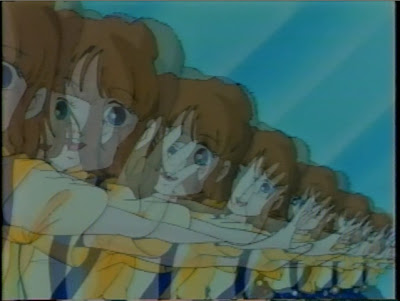 What the... crap deinterlacing? Not on my internet!
I bring this up because while most current DVD players and HDTVs are capable of using 3:2 pulldown detection (to varying degrees of success) on standard definition DVD, most of the hardware on the market is NOT capable of doing 3:2 pulldown detection on 1080i material. So, a low bitrate DVD resolution transfer may well avoid deinterlacing artifacts, while an HD upscale could actually cause them. Even the PS3, one of the very best DVD players on the market in terms of deinterlacing, won't even deinterlace 1080i content on Blu-ray! Ain't life grand?

I admit, there's a certain painful level of irony in FUNimation being the studio to start this trend in North America. As I've pointed out in the past, FUNimation DVDs tend to look like creamed chipped asshole on toast: edge enhancement, mosquito noise and macroblocking were pretty much expected on all of their releases, and I've literally refused to buy certain titles because of the mediocre picture quality on DVD. The root of these issues was their piss-poor MPEG-2 DVD encodes, which coupled with a poor quality encoder and a low average bitrate meant that every single title looked like a pile of shit to one degree or another, with titles that didn't have a lot of noise or movement looking somewhat better by default. FUNimation finally figured out how to create decent looking DVDs about the time they got to xxxHOLIC, but their crusader inspired Mission From God to cram 7 episodes, 5.1 audio and multiple special features on every single "Season" DVD set they release has, supposedly, forced them back into their usual low-bitrate habits. (I've yet to see any actual proof of shoddy FUNi authoring in the last year, however.)

With this unfortunate history in mind, FUNimation seems like the only anime studio who should release HD upscales of anything they own, if only to make up for the piss-poor DVD releases they've offered up until now. Medium HD bitrates, even when upscaled, trounce low SD bitrates by a wide margin. For titles where only SD masters exist in the first place, it really isn't going to get any better, short of the studio releasing it doing a progressive upscale. Keep in mind that if the title was edited on 30fps video (and they usually are), a genuine 1080p24 upscale isn't physically possible anyway, and the best you can do is let your MPEG-2 encoder try to perform its' own 3:2 pulldown and end up with a hodge-podge of progressive and interlaced frames. 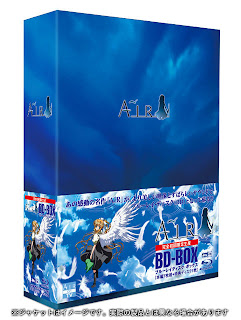 The "Diet Coke" of High Definition.
It's worth pointing out that, between the lower disc count, high fidelity surround audio, HD extras and lucrative first-press bonuses, Japan has learned to embrace upscales and seemingly continues to sell out of first-run Blu-ray box sets wither the content was animated in HD or not. The very first anime Blu-ray to hit the Japanese market was actually KeyAni's pretty girl TV tragedy AIR (above), and Bandai Visual has already tried to pawn off the DVD resolution OVA series YUKIKAZE internationally as "remastered in High Definition" whilst stiffing US fans of the awesome aero-plane scale model that almost made the outrageously priced Japanese box set seem worth the investment for what's effectively a Super-Duper-Ultrabit DVD.

Having seen side by side comparisons of how nice a 1080i upscale can look due to high bitrate and modern codec compression, and having seen how terrible FUNimation DVDs have always been, I'm tempted to think that this is all a positive... but, it does worry me that it could lead to Blu-ray releases that simply should not exist. For one thing, BLUE GENDER is on the FUNimation Blu-ray roster, and is one of the few TV shows in their upcoming HD catalog to have been shot on 16mm film. Will this, too, be an upscale, or a new transfer from 16mm? Common sense would suggest that FUNi got their hands on film prints, just like they did for Dragon Ball Z, but there's not any real guarantee of that. There's no reason to worry until the discs have been made I suppose, but hey, worrying's what I'm good at.

Similarly, GRAPPLER BAKI (while not yet announced for Blu-ray) is a show that doesn't even have anamorphic DVD masters, so if I see that upscaled I think that FUNi has lost more credibility than a male congressman with a photo of balls in his mouth. Impossible, you say? Entertainment One has managed to turn a non-anamorphic NTSC composite master of Gulliver's Travels into a Blu-ray (see the proof HERE), which means that we've already entered a no-man's land of studios blatantly lying to the faces of their consumer over wither or not a title is really in High Definition or not. Upscaled LD does NOT a Blu-ray make, and in the case of Baki - a show with whole episodes riddled with composite artifacts - that's pretty much what we're looking at.

Poor Gulliver's Travels... I swear, Fleischer's rolling over in his grave.
at 9:56 AM

Hello everyone! Who knows where to upload the film Avatar?
I even bought the film Avatar for a SMS to http://rsskino.ru/kinofilm/avatar.html , the link was, but download fails, the system will boot quite strange cocoa something.
Men, advise where to normal as quickly download film avatar?

I sell a boat-program which will help you to outwit auction and to win, initially the boat was created for the Scandinavian auction http://internet-aukcion.ru/ but now the program can work with similar auctions: gagen ru, vezetmne ru and with ten.
The program-boat stakes for you, i.e. for this purpose it is not necessary to sit constantly at the monitor. The boat can set time when it is necessary to stake, thus you as much as possible will lower expenses for rates, and as much as possible increase the chances of a victory.

To all clients free updating and support.

The script is written in php5

optimized to work in a continuous loop
check-activation-filling-spam check ..

Updates and support free of charge.

For the first 10 buyers price 70 wmz (your feedback on the software).

Flooding in the subject no! Write to feedback after the purchase.