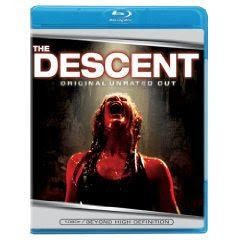 Oh my God, yes.
It's sad that I don't get to say many horror films are "excellent" or "fantastic" or even "eh, pretty good"; despite believing with every fiber of my being to be a fan of cinematic terror, I'll admit that a very high percentage of even "classic" horror films are, in no uncertain terms, crap. The fact is that it's easy to manipulate and entertain an audience who asks for little more than a nice pair of tits splattered with their own malfunctioning brains, and even some of my favorite horror centric directors - guys like Lucio Fulci, Jean Rollin, Tobe Hooper, and John Carpenter - have proven over the years that even the greats of the genre are capable of turning out gigantic piles of suck. While I happen to be more fascinated - and thus forgiving - of Dario Argento's post-Phenomena period than many, I'm willing to grant that La Treza Madre's ceaseless fail is balanced out only by Suspiria's never ending glory and perfectio... but that still means his Three Mothers trilogy is neither better or worse than L'inferno.

The Descent, Neil Marshall's British produced love letter to gruesomel white-knuckled 1980s creature features, like The Thing, Aliens, and An American Werewolf in London, was as smart as it was slick, mercifully downplaying the tongue in cheek humor that Wes Craven deemed "clever" a decade past its' prime in favor of more straight-up shocks and thrills, with a fantastic script, an impressively claustrophobic atmosphere, and properly nuanced performances from a cast of capable unknowns. Every part of the production was higher-brow than the concept of "a bunch of attractive are women trapped in a cave with monsters" would suggest, and it quickly became one of my favorite horror film of the last few years.

The Descent was released theatrically in Yank Land with a botched ending and an R-rating, but was released on 'unrated' DVD with its' proper ending, which I bought both to show my love, and replace the iffy looking PAL DVD-R I had originally watched the film on. Soon the title became one of Lionsgate's flagship dual layered Blu-ray title, and when I got a PS3 this past X-mas season, I was thrilled to add it to my collection ASAP (at 1/4 its' original $40, or half of what I bought the DVD for). Of course, there are always some problem or other with any fucking BD/DVD I want to add to my ever sagging media shelf, and naturally The Descent was no exception. Not only did Lionsgate - after releasing a genuine reference AVC encode initially - make a second, inferior MPEG-2 encode rife with noise reduction, AND THEN THEY DON'T LET THE CONSUMER, IN ANY WAY, KNOW WHICH ONE THEY'RE GETTING UNTIL THEY PUT IT IN THE MOTHER FUCKING PLAYER!!!

Even without LGs intentional buggery, the master provided to LG in the first place was a bit... off. The US transfer, compared to all prior releases, has better (lower) contrast and roughly as much fine detail, but it also has a boosted gamma mid-range, leaving the whole film - and particularly all of those once black-hole inspired cave crawls - to look much brighter and less menacing than the more familiar colors that non-US DVDs have had the entire time. As it was the only 1080p release out there, it seemed like a small price to pay, even if the boosted contrast version is - to my eyes, at least - that much more menacing. 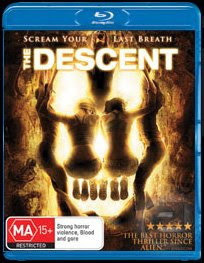 ... why am I turned on by screaming chicks covered in gore, anyway?
Some two years after the initial US release, Australian licensor Insomnia released their own Blu-ray edition. Not only did it feature the "proper" color timing, but you didn't have to worry about getting stuck with a blurred inferior transfer either; deliciously grainy AVC encoding, all the way. Best of all, while the special features were in standard definition PAL - meaning US players wouldn't be able to properly handle them - the film itself was 1080p24, and thus friendly with everybody's favorite North American media box, the PS3. Huzzahs were in order!

...but something's gone horribly wrong.
As of the recent 2.74 PS3 firmware update, Blu-ray discs are pre-scanned by the system. Even if the disc is region free, and all of the menus and main feature are all computable US framerates, is ANY content on the disc is stored at PAL framerates - even just some trailers hidden away in the special features menu - the disc will no longer play. You get an error message, and that's the end of it. It used to be you'd get an error message for trying to access these 50hz goodies directly, and THAT would shut the system down, but it never used to prevent you from accessing the non-PAL framerate content.

Traditional NTSC formats are 30 frames per second, but the signal is transmitted as 60 half-frames per second, and thus is measured at 60Hz, the same electrical wavelength as the US power standards. PAL is 50Hz, again, to match European transmission standards and make life that much easier. While both American and European TV systems will accept 24Hz material from 1080p Blu-ray, and any modern "HD Ready" European TV system will accept 60Hz material (be it 480i, 480p, 1080i, or 720p), American HDTVs will typically NOT accept 50Hz.

Most Blu-ray players - though clearly not the PS3 - will output a 50Hz signal, but if the monitor doesn't know what to do with it, you simply won't get a picture at all. This was a problem even back in the days of VHS, and since most Blu-ray releases store at least some of their special features in standard definition, PAL hasn't quite disappeared forever. There are also infrequent 1080i50 discs, literal "HD PAL" Blu-ray, but anyone expecting those to play on a US PS3 have their head in the sand.

The PS3 is capable of playing import Blu-ray with PAL content, it just doesn't anymore. Why? Were people importing and then complaining that the special features don't work? (As if shutting the disc out entirely is any better!) For that matter, why does the PS3 refuse to play region free PAL DVDs, despite the fact that I can feed it a 720x576 50Hz MPEG-2 video stream file and that works just fine? The PS3 doesn't do a lot of things it's perfectly capable of doing, and the fact that it's set to lock out entire discs due to the possibility of some of the special features being a dud is one of the most ridiculous things I've heard since the Blu-ray Disc Association continued on DVDs tradition of region locking titles.

More likely this is Sony trying to discourage importing, knowing that the PS3 remains the most prolific Blu-ray player on the market by default, even if the majority of the poeple who own one could probably care less about that feature. The BDA has region codes to ensure that the major studios can sell there wares when, where, and how they want to down to the last detail, and while it's certainly put me off from importing a couple titles, it doesn't mean I can't simply spend another $350 and have a region free Blu-ray player that will convert 50Hz material to 60Hz. Simple problem, simple solution. It's just a bunch of bullshit that the PS3 is creaitng a problem I'll need to buy a new player to fix. That's not to say I thought that the PS3 would be the only BD player I ever thought I'd need; despite the low number of quality Region B only titles out there, there's still a few I'd gladly buy, if only I could play them once I had them. I just didn't expect the PS3 to suddenly stop playing certain discs all together. 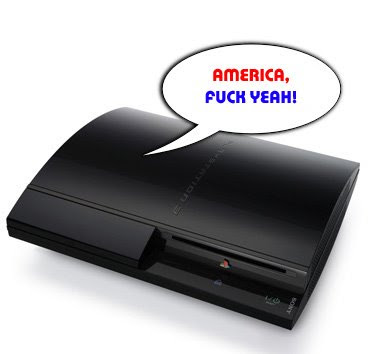 Way to fill your consumers with confidence, Sony!
For better or worse, I've yet to import any Blu-ray titles because I've been afraid that 50Hz would be the PS3's achilles heel. Turns out I was more right than I'd ever hoped. It's disappointing, but as I was satisfied to spend $10 on the US version instead of $40 on the import (who's extras I couldn't have watched if I'd wanted to), I'll continue to be satisfied with "HD NTSC" releases until there's finally enough import-only titles worth buying a new player for.
at 8:17 PM