Imagine my satisfied surprise when, upon putting in another Sato film I find the Japanese trailer for the always entertaining Christophe Ganz/Mark Dacascos feature film CRYING FREEMAN! I really like that flick... yeah, it's obvious (and a real bummer) that Ganz got 80% of his budget yanked out of his hands at the last second, and Toronto makes a poor replacement for Tokyo, but an exciting, violent thriller that's respectful to its' manga source material is still a rarity a decade and a half later, so the fact that Ganz did it better than pretty much everyone else out there with a pitance for a budget is equal parts awesome and depressing. 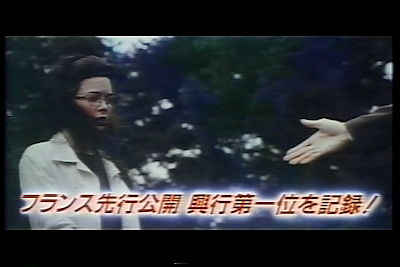 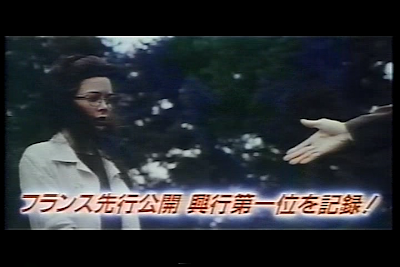 The XP shot is about as perfect as I'd ever expect a VHS tape to look... in part thanks to me having forgotten to switch the PCM The SP shot isn't bad, not bad at all... but it's not perfect, either. There's plenty of blocking on both the trees in the background and on her face, and the glowing outline on the kanji has broken up somewhat. It still looks respectable, just not quite ideal like the XP recording. Still, compared to the 2 hour mode on my older recorders, this is certainly an improvement. For longer films I don't think I'll feel bad using it.

Today's experiment was to see if it would be a substantial improvement recording in XP across 2 DVD-RW and then re-encoding the results on a PC using a software based 2-pass encode, versus just recording in SP mode to start with. The first experiment was for a '2 hour' scenario with a bitrate of roughly 4 Mbps, which is just slightly lower than the actual bitrate on my recorder, but the increased horse power in the software options should close that gap anyway. (In a perfect world.)

First I tried ProCoder 2, which has a good reputation... I can't for the life of me explain why, though. 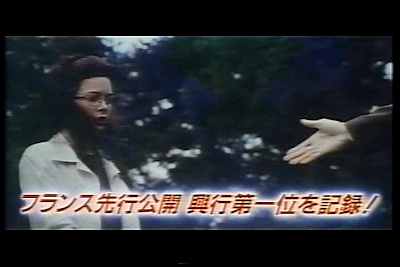 Procoder SP Mode
Oh God, it burns!!
Seriously, that is just... awful. Look at the blocking at the top of the text, or the massive puzzle-pieces of artifacts in the background. I can't even believe people sell this junk! Anyway, let's move on to the "professional" option, CCE SP: 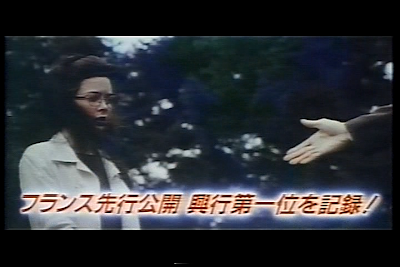 CCE SP Mode
...meh.
Hrm... while we don't have to deal with giant artifacts, we do have some pretty substantial mosquito noise instead. This utterly destroys the blocky crap Procoder shat out, but it's hardly reference, and I'd take the slightly more rampant artifacts of the recorder's own low bitrate than the literal coating of digital noise that CCE has dusted onto the transfer, like so much dandruf.

This was CCE SP with "stock" settings - not adding any vertical filtering or what have you - so while I could improve the results, this is all theoretical wankery anyway. In effect, if CCE SP can't match the 2 hour mode at the same bitrate without me having to hand-hold it every step of the way, why should I even bother?

But the real purpose behind this was to test the theory of recording at XP mode and then re-encoding the source to the highest bitrate possible with CCE SP while still fitting on a DVD-R. With an 85 minute feature (this is all rough here, mind you) that would be a bitrate of 6.9 Mbps video, which would leave us something like this: 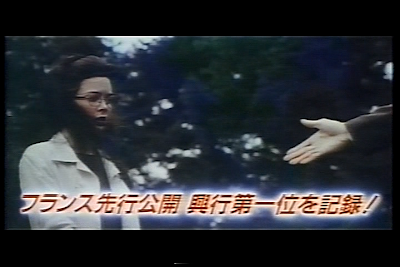 CCE 'Custom' Mode
Sweeeet.
Well... spank my ass and call me impressed. This looks virtually identical to the XP source recording! No mosquito noise, no compression arifacts, no banding... so long as the feature is in the 90 minute range and I don't mind AC3 audio, I can keep the video quality looking DVD-9 ready while not needing to go broke on blanks. Way to go, CCE SP!

The next Sato film I'm going to record promises to be a brain-blender, so I think I'm going to go whole hog and record it on 2 discs after all. (You're welcome.) When we get up to films running 100 minutes I doubt I'll bother, since the gains I'd actually see in quality are barely worth the effort it would require to get them, but particularly for projects which I plan to remaster, this seems like a sound enough plan.
at 11:42 PM