How could I neglect to mention the last to Kentai Films' DVD9 projects here? I swear, if my testicles weren't bolted to my dork I'd probably forget them at home... 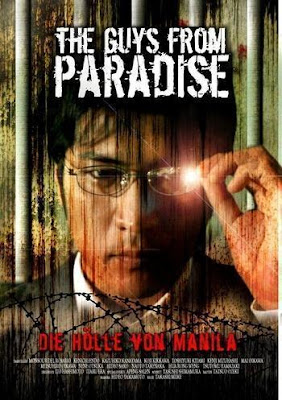 Takashi Miike's THE GUYS FROM PARADISE 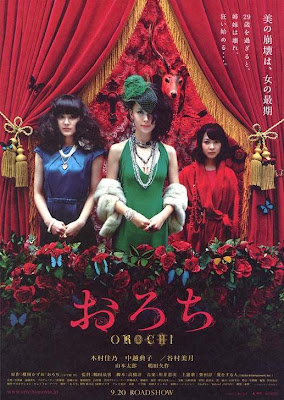 In the latter case, the script was from an honest-to-goodness fansubber, so kudos goes to 8thSin for letting me steal his hard work and act like it's my own. For The Guys From Paradise, the subtitles are from Cannibal King, but finally on a proper 16:9 and dual-layered transfer.

The next two films I'll be finishing are as follows: 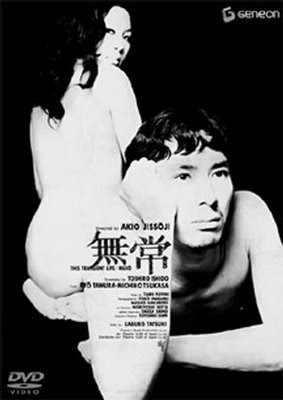 This Transient Life is actually finished right now, I just need to author the VIDEO_TS folder into a dual-layer DVD image and then get the cover scanned. Look forward to that. It's a strange, fascinating film that strikes me as a bit like a non-fastastic answer to Le Viol du Vampire... except, you know, it's not a steaming pile of crap. 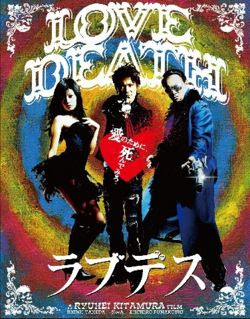 Ryuhei Kitamura's LOVEDEATH
This will be quite an unusual release for me. For one thing, I'm working with the French DVD, which is a genuine 25fps PAL transfer rather than the usual NTSC>PAL standards conversion. The only real downside is that the French release has a 2.0 Japanese downmix to make room for the 5.1 French track, though at least these subtitles could easily be retimed to match the NTSC and surround-sound Japanese language release... if it were ever to fall into my lap. Don't get me wrong, I do enjoy Kitamura quite a bit, but if I've yet to pay $30 for Ultimate Versus I'm sure as hell not paying $60 for this.
at 6:58 PM

Thanks For Sharing The Information