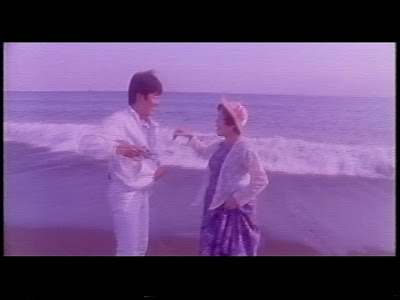 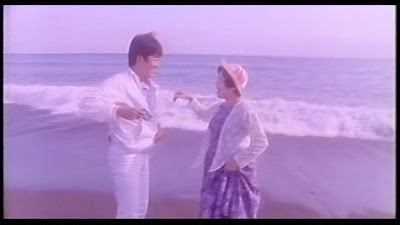 If experience has taught me anything about Hisayasu SATŌ films it's this: they all look like crap on home video. Not that his unique brand of likely 16mm softcore/body horror films ever looked great to begin with, I'm sure, but Sato seems to have been forever stuck working with low-budget transfer and post outfits who consistently make far worse transfers than a copyright of 1998 would suggest. At least やわらかい肌/SOFT SKIN seems to have been edited on film and not video, which is more than I can say for the last Sato picture I released, 人体模型の夜/NIGHT OF BODY'S MODEL.

Rest assured, this flick is pretty awesome and you'll be a better person for watching it. When a chainsaw murderer running around is the LEAST twisted character to be found in the whole 90 minutes, you know damn well this has to be a Sato Special.

There's some problems that simply can't be fixed - temporal ghosting and moire patterns being the most obvious - but the chroma noise and weak contrast/gamma have both been fixed as well as can be, and of course the title has been upscaled for 16:9 displays. I guess I've largely given up on doing full A/B comparisons because there's not much left to say... I've gotten pretty damned good at restoring VHS sources, but there's always so little there to start with that I'm basically just polishing a turd. Rest assured that your polished turds from Kentai Films are of the highest quality, just don't expect them to taste like stuffed mushrooms or anything. Expect the encode to be finished in the next 24-48 hours. 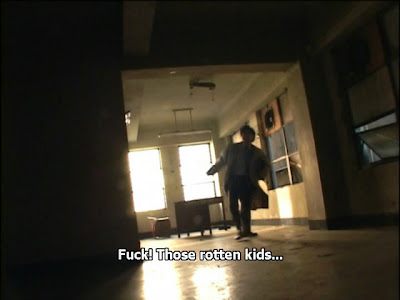 That's right kiddos, the Kentai Films approved release of STOP THE BITCH CAMPAIGN is finally complete. The Unicorn subtitles seemed like they were legitimately trying to express the Japanese dialog in English, but there was a massive break-down at some linguistic barrier, and the subs just wound up being... kind of nothing. I'd say they were hilarious, but that would undermine all the hard work of YaoiMastah actually taking the time to make shit up in a legitimate attempt to create lulz.

The most jarring sequence to re-translate was the part where Kuni-san (Endou) is playing doctor with a ko-gal chained up and on stirrups. In the Unicorn subs he's just talking about wither or not she's "clean". In the Japanese dialog he's saying that she's full to burst with babies, and starts naming them little cutesey things. When she doesn't play along to his standards, he gets fed up and leaves her there, which leads to the best punch line in the whole movie. There's a number of scenes that make a lot more sense in this new translation, but this one sticks out in my mind as the most obvious example of something being wrong on the Unicorn import. I guess for less than $11, comprehensibility is considered optional.
at 9:03 PM