The name "Emanuelle" has become sononymous with Italian exploitation, thanks in no small part to the dozen or two pictures starring Laura Gemser as "The Black Emanuelle". In effect, Emanuelle was the local knock-off of the real life writer Emmanuelle Arsan/Marayat Rollet-Andriane, the Thai born wife of a French dignitary who used her life story as the basis for a saucy 1959 novel - simply titled Emmanuelle - in which a 16 year old girl discovered who she was through her sexual experiences. It's an early entry to the notion that being a total slut can be feminist empowerment, a notion I strongly support... possibly for all the wrong reasons. 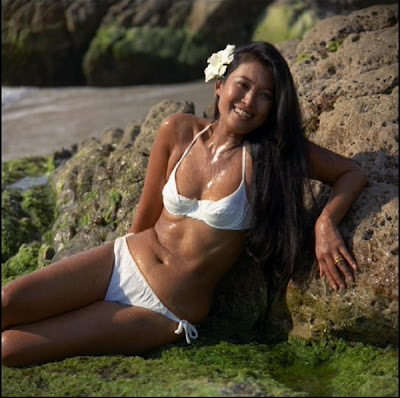 The "original" Emmanuelle, in all of her progressively whorish glory.
She and her husband eventually came forward as the authors, and published a series of naughty sequels, which either calls into question the validity of her original memoirs, or makes her one of the busiest trophy wives in history. In either case, I wouldn't be horribly surprised.

Italian director Cesare Cavenari actually created the first on-screen portrayal of Arsan's persona with IO, EMMANUELLE - or 'A Man For Emmanuelle' as it's known in English - but it's not at all the film you might expect from the lunatic who directed Gestappo's Last Orgy, which I'd willingly nominate as the most awesome exploitation film ever made. The film has more to do with protesting and book burning than it does with oogling boobies - despite the lovely Erika Blane getting 'tastefully' naked a few times - and while an interesting socio-political artifact and yet another stylish Cavenari feature that defies both convention and explanation, it's not even in the same universe of over the top erotica fans more with the "Black Emanuelle" films of Joe D'amato and Bruno Mattei have come to expect.

The R1 release from Televista is a saturation boosted PAL>NTSC conversion of the R2 Italian transfer used by Medusa, so the R1 is only worth mentioning for the fact that it has English subtitles. Frustratingly, the Medusa transfer isn't much better, with ghosting on the opening titles, an interlaced transfer for the entire film, endless print damage, thick edge enhancement, constantly bizarre color, removal of what was surely heavy grain, and even remnants of composite video artifacts. It's got to be whatever 15+ year old transfer Medusa released on VHS, and the only thing they ever did to fix the poor girl up was upscale her to 16:9. 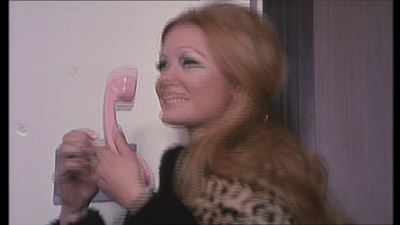 There's so many things wrong with the original telecine that it would easily take weeks to tweak it on a scene-by-scene basis, eliminating film damage and correcting the color... but the least this poor film deserves is a progressive transfer. 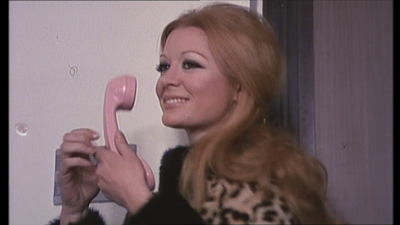 There, isn't that better? I had to manually key out specific ranges of 100% interlaced frames as a separate text file to properly deinterlace them, since TIVTC wasn't "smart" enough to pick up when there was some pretty heinous ghosting... I swear, parts of this transfer are running at 12 frames per second. I'll add that it's easy enough to remove that heinous film damage, but only at settings that'll do some pretty harsh damage to Cavenari's sweeping, zooming, hand-held camera work... 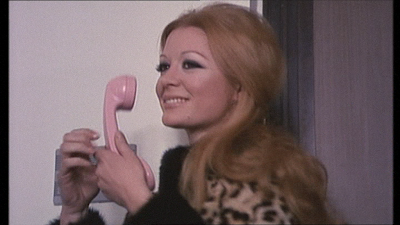 Oh sure, it looks great now, but what happens when we keep these same settings on a scene with a lot of movement and small shiny objects that could - mathematically - be mistook for film dirt? 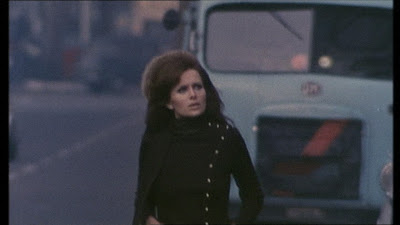 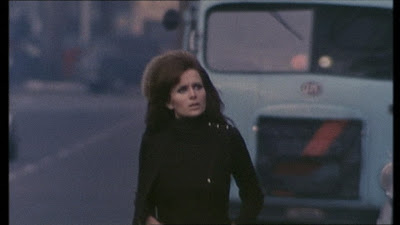