Confessions of a Middle Aged Manwhore 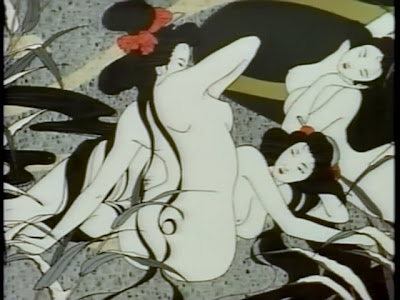 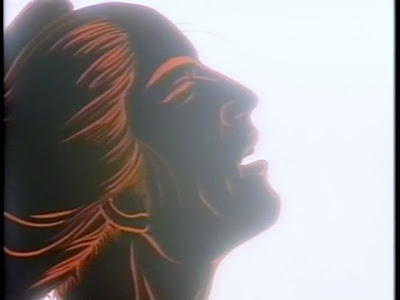 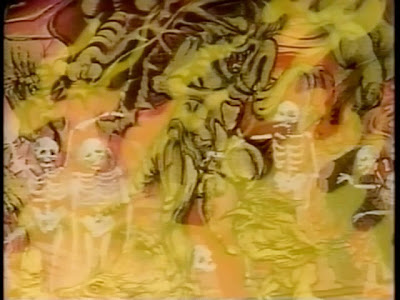 I forgot to keep the source files on my HDD long enough to do "before/after" comparisons for THE SENSUALIST, but eh, whatever. You know how this goes: old version was bad, this one is less so. Here's the skinny:

The interlaced transfer was given a blend-deinterlace IVTC, to restore 24fps playback in the closest manner humanly possible. The garbage at the top and sides of the tape was also removed via cropping, though no actual film data should be missing. There was a color-correction and level fix, which I showed several months back.

A reasonably high-quality 3D noise reduction filter was used to eliminate the nasty haze covering everything... The side-effect was banding, particularly on big blocks of chunky compression artifacts, so I followed that with a "debanding" filter, intended to add subtle dithering to posterization artifacts on digital animation. I wish I'd known about this combo back when I was restoring the Lolita Anime series, but hey, we only do what we can.

This was an early recording from back when I was still using the PCM setting on my recorder, so the new encode features a freshly encoded 448 Kbps DD 2.0 (mono source) track and a VBR encode with an average of 8 Mbps. This may sound a little bloated, but I wanted to eliminate any and all mosquito noise, which wreaks havoc on the subtle textures in the animation layers. The whole disc looks pretty good, I think, though clearly if I'd started with something besides VHS the results would be drastically sharper and less noisy. To the best of my knowledge, this never got an LD, so odds are it won't look any better unless Toho ever decides to make a brand new transfer.

There was an uncut, subtitled release in the UK from the short lived label "Western Connection". Supposedly the translation is pretty terrible, but it's better than nothing, and frankly this 'period' dialect stuff makes my brain melt trying to convert it back into something that resembles English.

Some people are already talking about making a subtitled version happen based on my restoration, but I'm not sure if I should personally get involved with any of that... seems safer to let them figure it out than potentially let the drama fall squarely into my lap, you know?
at 7:13 PM