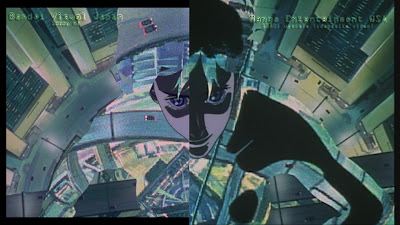 Mangle Entertainment Still Lives!!
Having owned both the Bandai Visual R2 DVD and the Manga Entertainment R1 (Special Editions all the way), I can tell you that the Manga DVD release was always a blurry, pixelated, over saturated piece of shit. The Japanese Blu-ray is a step up from the Japanese DVD, but the Japanese DVD is miles ahead of the terrible American release.

When Manga UK announced that they would include the "original" version of Ghost in the Shell on their release of "2.0", but only at 1080i, I fully expected it to be an upscale. What I didn't expect was that Manga would use a composite master, because there was no dot-crawl or rainbows to speak of on their Special Edition DVD. Clearly Manga has access to a component transfer - or a comb filter so powerful that I was tricked into thinking the R1 was from a component source - so why didn't they use it for the Blu-ray release? 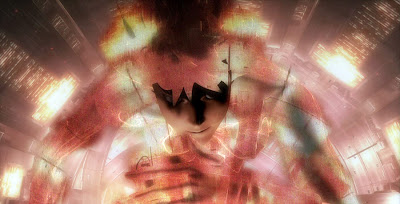 Sure Manga, that's... better?
What the fuck just happened?
And then it hit me; they aren't including the "original" cut as an apology. They're going out of their way to make it look like shit, so that the "2.0" cut looks better by comparison.

To that, I say fuck you, Manga Entertainment. You've done a lot of shitty, stupid things on DVD over the last 10+ years, but this is a new low, even for you. And you assholes were responsible for dubbing ANGEL COP!


But it gets even more ridiculous. Kodansha, at the start of this month, pulled the rights for Akira and Ghost in the Shell from DMP/Dark Horse. At first there was no word on why, but two weeks ago Kodansha re-released Akira and Ghost in the Shell under their own "new" American label, saying that they planned to continue licensing properties out to interesting parties, but would produce local releases of titles they felt had a shot at the mainstream. Okay, fine. I could care less if I see a big ol' K or a chess piece on the spine of my copy of any given series. 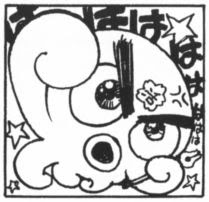 Tako tako, burrito burrito...
Remember that hawt cyber-reality lesbian threesome I posted as a joke a couple days ago? Well, get a good look on the blog, because it's NOT in the new Kodansha printing. When Dark Horse published Shirow's original take almost 15 years ago, the creator made the call to remove the two-page "Interfacing" sequence, fearing that it was too close to the borders of pornography, and all around too awesome for Americans to beat off to. Once it was released in a collected trade paperback, everyone's favorite octopus had a change of heart, and the material was put back in.

Kodahsna - intentionally or not - decided to use the edited version. So, this is the other page you'll never see in North America again. 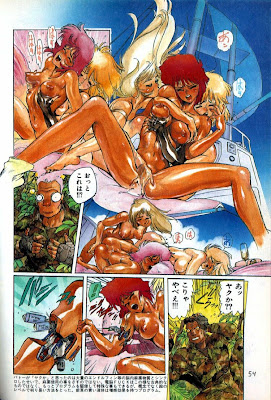 Batou's watching you masturbate.
Dark Horse published the uncensored version of this chapter for about 5 years, so clearly neither the American public nor Shirow himself give a crap anymore. The most reasonable explanation for its' mysterious disappearance is that Kodansha simply went to the first English translated version they had and didn't bother to check if the material was still there or not... but it could just as easily be them opting out of the more explicit content to use a "16+" rating and not shrink-wrap the book, allowing potential consumers to pick through it without the potential for ridiculous unwarranted controversy.

The price tag always put me off towards the uncensored Dark Horse second editions, but this franchise keeps giving me reasons to pay more for a release that doesn't completely suck. This becomes personified when my only recourse to get the "original" cut in HD is to pony up for a Japanese release, which even used will cost at least twice as much as the US edition. Clearly that's the way to go, if I just want to be relatively satisfied with a home video release... the question is would I rather buy 3 other films with the same money?
at 2:00 AM

Of course a Google image search for "ghost in the shell lesbian sex" brought me to your blog, ha ha. Thanks for posting the two pages. I was in a Half Price Books store and saw the '95 printing for cheap and picked it up, but then found out there's no hot lesbian action. D'oh.

Is this the uncensored release, and is it still left-to-right? Might just have to pick it up if that's it.

The Dark Horse release from 2005 you've linked to is indeed complete and uncensored. It's also Left-to-Right, and to the best of my knowledge it's basically identical to the uncensored "2nd Edition" UK release from Titan Books, which is still readily available from Amazon UK for about ten pounds plus postage... perhaps worth a look if you're OCD about other people having thumbed through your printed psuedo-smut, first. ^_~

If you've never read the manga, it's quite a treat; it's altogether different from Oshii's obscenely artistic take, but it shows that Shirow was capable of doing more than drawing awesome boobs getting molested by steel Cthulhi. I don't think there's ever been a Right-To-Left release of GITS in English, and that's a damned shame.

(Come to think of it, Dark Horse also released AKIRA in the Left-to-Right format, sadly, which confuses me since they made such a big deal about how it was being presented in its "original" monochrome...)

What throws me off are the manga that are apparently natively left-to-right (or so I'm told). I think some or all of the Records of Lodoss War comics are like that, if I'm remembering right—though that makes some sense since the series is rooted so deeply in European lore.

Anyway, I ordered a like-new copy. Hopefully there won't be jizzlets on the pages. S'pose I could always throw it in the seller's face and order from Amazon UK.

Thanks for the info.

Manga made for Japan is always, always read right-to-left, top-to-bottom. Western publishers used to reverse the pages so that they could be read like local comics, which becomes pretty obvious when virtually everyone suddenly becomes left-handed! They all thankfully gave that up around the tail end of the 1990s, and now it's rare to see a left-to-right presentation of anything Japanese made, with even Shounen Jump titles like Naruto and Dragon Ball being presented in their proper right-to-left format.

Years ago I had the Viz release of Fist of the North Star in which the 7 scars on the hero's chest - which were intentionally made in the shape of the Big Dipper - had to be re-drawn in each and every frame. It ranged from looking okay to appearing as if they were scribbled in by an intern as a joke, depending on literally what page you were looking at. Still, those giggle-inducing xeroxed fixes paled next to the horror of CPM and their "uncensored" pornographic manga...

In the case of GITS and AKIRA, both are substantially older English translations complete with touch-up art and re-drawn English sound effects. Dark Horse could have easily published a new right-to-left version but that would have required a substantial amount of new editing, so they didn't. Sunrise, sunset.