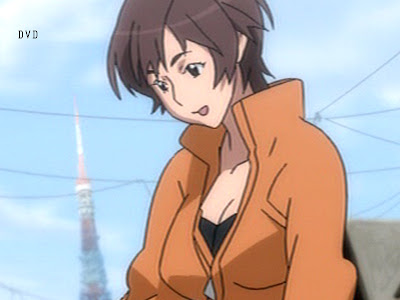 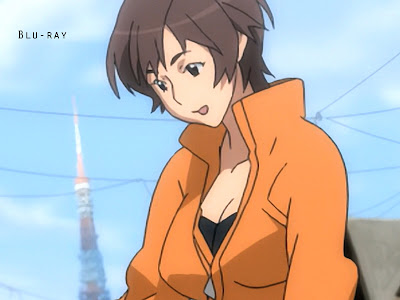 FUNimation WITCHBLADE BLU-RAY
As Featured On The Blu-ray.com Review
The FUNimation DVDs for this series has always been garbage; heavy ringing and crumby MPEG encoding meant that the surprisingly above par Gonzo/Top Cow WITCHBLADE anime series has never been a looker in North America. When I heard that the title was getting a Blu-ray collection I was very excited, particularly knowing that FUNimation released a very pleasing package for Gonzo's prior TV series, SAMURAI 7.

There's been an adage for some time saying that upgrading equipment to animate in HD makes going back to SD counterproductive, and at face value, I believed it. Clearly, that was all theoretical: If Witchblade was animated in 1080p, then I'm a 50 year old Slavic woman with three breasts and a penchant for smack. Two years after Samurai 7, Witchblade was animated at NTSC resolution, unless of course Gonzo is holding out on FUNi... it's not impossible, but as Gonzo's Samurai 7, Afro Samurai, and Origin: Spirits of the Past have all been "Full HD" releases so far, we really have no reason to assume they're keeping the goods for themselves. This is the kind of show that sells better in America anyway, so what possible advantage would gimping the US premier serve? 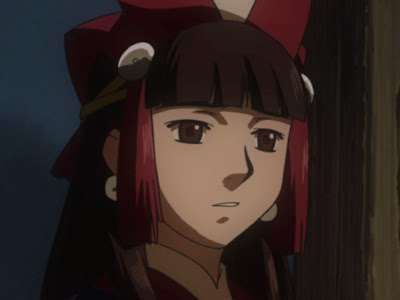 See this? THIS is a Gonzo HD title.
Made two years earlier, at that!
There's just no fine detail on the BD not present on the DVD. On the contrary, I'd suggest that FUNimation's upscale has been so needlessly filtered with DNR that it might be slightly less detailed that the DVD release! Compare Tokyo Tower in the background painting, or the texture on the rooftop; at best the Blu-ray is exactly the same without any errant chroma noise, and at worse it's been washed out and smeared. Gonzo regularly adds a layer of "fine mist" looking noise to help blend the various textures and layers together, and even the R1 DVD has that... in the form of hideous block-noise, anyway. One can argue that the level of detail being lost is small, and I wouldn't disagree, but the fact that ANY potential detail is missing from the R1 is the kind of thing I have an anurism over,

More disturbing is the jagged quality to the diagonal lines; a sign of bad scaling if I ever saw one. There's more, though. Compare Masane's hair or the contours in her jacket to get an idea of what I mean; not only are FUNi's outlines blurred thanks to contrast boosting sharpening filters, but they appear to be very jagged compared to the smooth, round lines of the (properly) upscaled DVD. Having used simple sharpening filters in Photoshop as a test, the aliasing is not inherent to the source; not unless the FUNi release has been so heavily filtered that it's blurred the aliasing right out.

Oh no friends, I can promise you that what we're seeing is a side-effect from one of those "exotic" sharpen filters, like warp-sharp. That's right FUNimation is literally restoring archival quality Digibeta using techniques created to restore shitty upscaled MPEG streams for bitstarved fansub distribution. 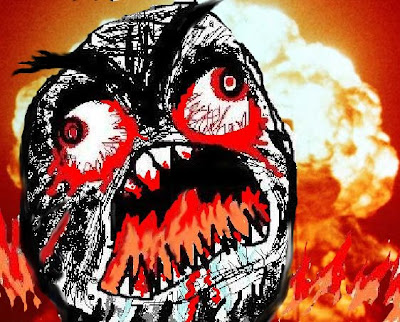 This is an awkard position for me. On the one hand, I want to tell FUNimation to fuck off with their bogus "1080p" upscales, as much for the actual quality on display as for the fact that, unlike Japanese corporations, they never actually tell you that you're getting an upscale, and they'll even drop frames to get that magical 24p framerate the kids with their LCDs love so much.

For less than $50 shipped, if you shop around, the Blu-ray is still the best way to own the show... it just isn't quite as good as it could have been if FUNi had even the slightest goddamn idea what they were doing. Odds are Gonzo/Sony will perform their own upscale for the Japanese market someday, probably with zero DNR/warp-sharpening, crazy high video bitrates, lossless Japanese audio, spectacular packaging... and triple the price, without any English subtitles.

Or, maybe Sony will take a look at FUNi's space-age technology and decide that wiping out anything resembling texture is the way of the future. Why not? It seemingly worked so well for Ghost In The Shell... 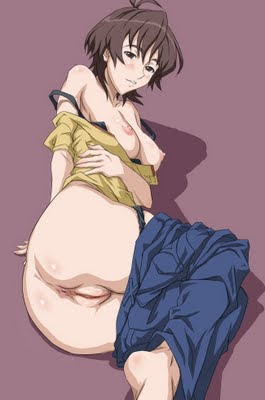 On a final note... seriously, how did a show about a guro-fueled superheroine/doting single mother who has a violent orgasm as she cuts steel monsters in half with tentacles NOT have a single nip-slip, ever, from anyone? It's friggin' mind boggling...
at 6:47 PM

Hmm, the DVD certainly looks a bit more natural, but I think the DNR and aliasing would bother me less than the compression artifacts, especially when viewing without my glasses, which is what I usually do for LD/DVD and upscales.

I certainly hope FUNi gets better at this, but given their history with DVD I'm not getting my hopes up.

If the disease is not treated immediately, then everything will result in harm to the health of the body. Thank you for sharing the information