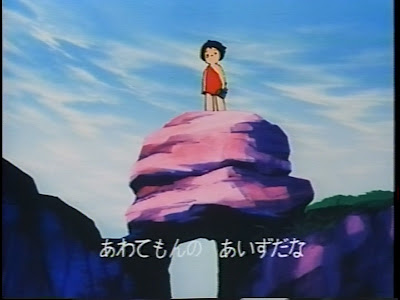 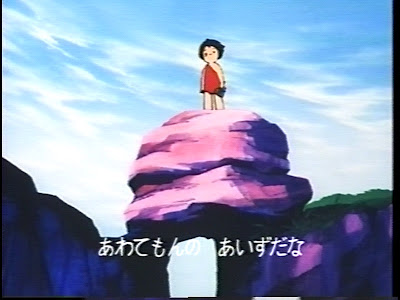 In a stroke of eerie symmetry, the second episode on Tape #1 has some massive tape rolls, while the first episode on Tape #2 has some dropouts. So my plan is to cut the two recordings together and have the best of both copies that were available to me.

I'll admit it: I made a mistake. While the S-Video connection does pass 235 "True White", it does it by blowing out highlights and even making what should be solid blacks considerably lighter. I'll admit that there's worse things than cranking contrast on old VHS copies - heck, I do it myself - but at least I'd like to have my finger on the blow-out button, thank you very much.

Maybe the S-Video port on my recorder itself is the problem? Hard to say, but even harder to care. It's causing problems, so bitch gotta' go. 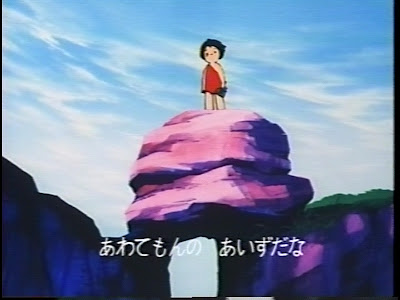 Toshiba recorder, Composite connection .
Ignore that analog dropout. Same frame, different episode.
...huh. The new recorder chain has brighter contrast than the Sanyo, even on composite, but I'm no longer blowing any white information out. It's also sharper and has a better comb filter, though I've suspected for ages that the Sanyo had a vertical filter always enabled to help ease noise and compression artifacts.
at 2:17 AM