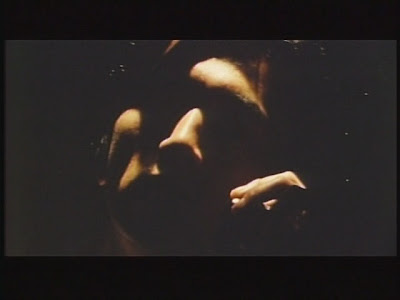 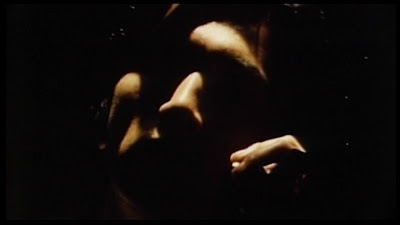 I literally don't know what more I can do with コギャル喰い 大阪テレクラ編/EAT THE SCHOOL GIRL.

The film appears to have been shot on 16mm (probably Super 16, perhaps with the aspirations of being a "real" theatrical movie), transferred on an old-fashioned film chain, and recorded to NTSC DV as the source medium. This nasty little flick probably couldn't have looked much worse if they took the negative out back, set it on fire, and then recorded the burning images on a 1980s VHS camcorder. I don't want to give anyone over at Uplink/Nippon Erotics any bright ideas for their future DVD releases, so I'll stop before I explain my complex theory on the proper use of an ugly stick.

I have done a few good things, particularly upsampling the NTSC DV colorspace from 4:1:1 to simulated 4:2:2, which helps eliminate that nasty aliasing on bright colors (like the title card). It looks pretty subtle here, but check out how the red on the title 'bleeds' and has ugly patterns on the original. Now imagine that upscaled, through the entire film. Not attractive stuff. 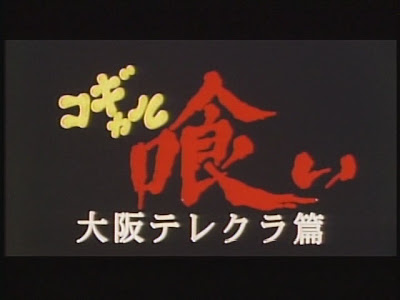 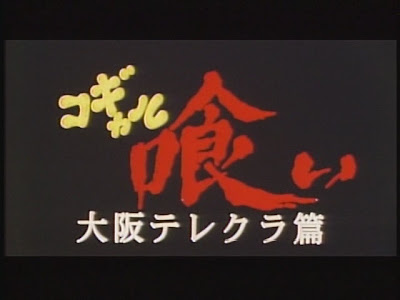 I've also eliminated that nasty washed-out look that permeates the whole goddamn film, and as 75% of it happens in the dark, it got VERY distracting. I tried a number of settings, crushing a little here and boosting a little there, but in the end I just tried to get a reasonably solid black/gamma level and call it a day.

Ze DNR does nuzzing, because the entire feature is nothing but shifting soft-focus imagery slathered in pixelation. I almost wonder if I'm better off hiding all that blocking in heavy film-like grain and calling it a day... 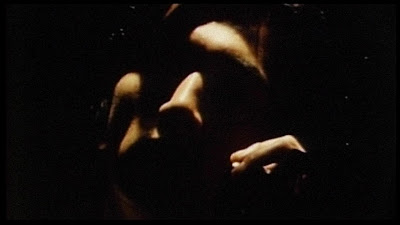 I hate to say it, but that doesn't look half bad
compared to the soft-but-blocky example above.

UPDATE: Checking my bit-budget for this project, I got a little worried: Grain is the ancient enemy of low bitrates, and by Kentai Films standards, this will indeed be a low-bitrate transfer. 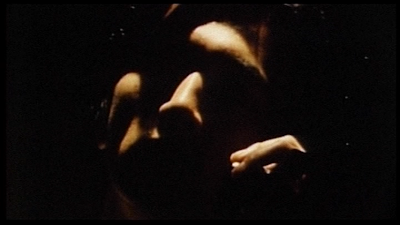 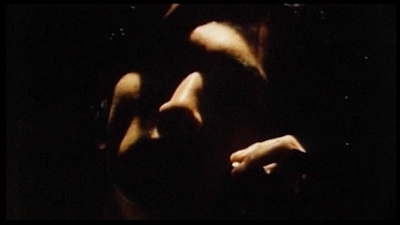 Even with an average of 5000 kbps, the Kentai Restoration is kicking the original DVD in the balls. This makes me a very happy smut peddler. I could always manipulate the grain a bit more, make the matrix "bigger" and thus have less grain per 8x8 block of pixels, but that'll be a last-ditch effort, since the source script looks as good as it's ever going to.

Oh - please ignore the slight change in color/brightness versus the original script. That's mostly a side-effect from opening the test M2V stream with VirtualDubMod's shoddy internal decoder, instead of relying on MPEGSource via AVISynth/MPEG2Dec. And yes, that means that the actual encodes are slightly less blocky than you see here - again, this was a worst case scenario kind of thing more than a show-off piece.
at 7:47 PM