From the FUNi Frying Pan into the FUNi Nuclear Fallout 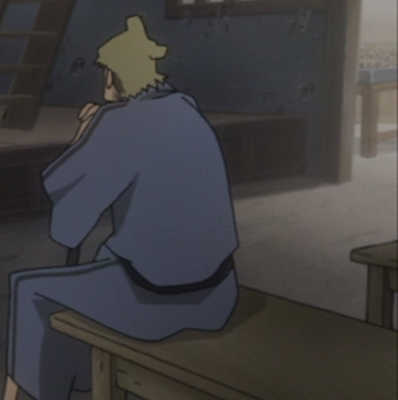 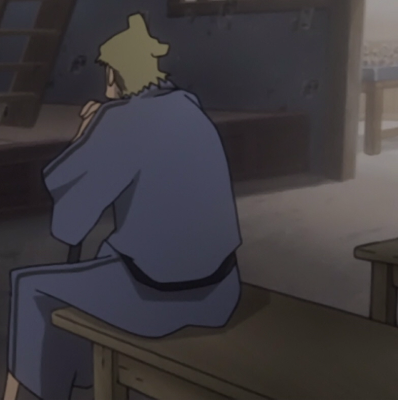 I have not doctored these images in any way. You're not high... well, not that I know of. Either way, you drugged up hippies you, the facts are what they are; FUNimation's 1080p upscale actually has less fine detail than Geneon's 480i DVD. Let that sink in for a moment.

FUNimation managed to create a High Definition Blu-ray with less detail than Geneon was able to keep on DVD. FROM THE EXACT SAME SD SOURCE MATERIALS. 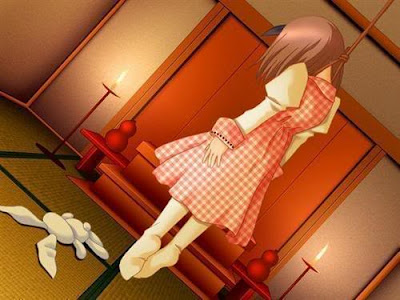 FUNimation upscaling shows animated at 480i is all well and good, I guess. The problem is that they're nuking the source tapes in DNR and then over-sharpening the edges to compensate. I know, I've done it myself, but there's a big difference between me doing that to a crumby 20 year old LD transfer and FUNimation doing it to a Digibeta of a show that was clearly supposed to have a layer of digital grain in the first place.

FUNimation has been slathering all of their upscales in similar filtering, which gives us transfer like... 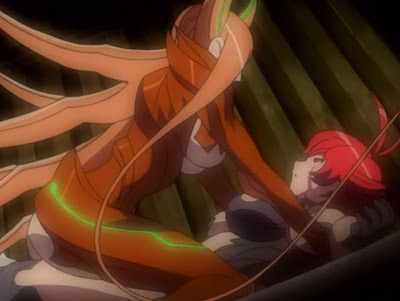 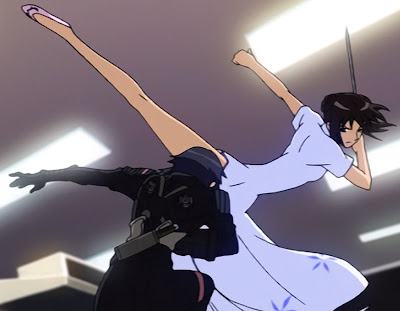 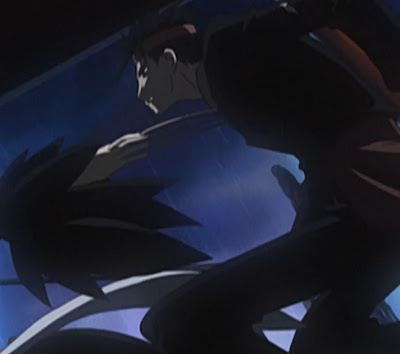 ... oh my gosh, that's so terrible I can't even rag on it. CLAMP's Tsubasa Chronicle, for whatever reason, sets the bar so far underground on shitty HD transfers that FUNi would probably have to fill their AVISynth plugins folder with steroids and mining equipment to ever surpass it.
Oh, I know what you're thinking. "Lay off 'em Kentai! How good can a stinking SD upscale even look?" For the doubters, I have three and a half words for you: 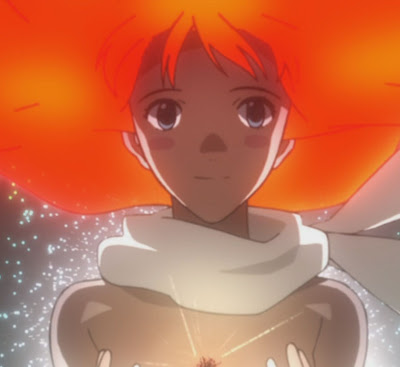 I must confess that although I enjoy your site and your work, I can never ever tell what is "bad" in the sample screenshots you post of how bad a transfer for a given release looks. Similarly, I can't tell why the "good" images are good. Try as I might, the only difference I can discern from these Samurai Champloo images is that one is a bit darker than the other. Does this mean that one is too bright or that one is too dark? I honestly do not know.

What are the details that have gone missing? I keep looking back and forth and can't really see any examples of lines or designs that are present on one that are simply gone in another. Perhaps it's because of the image resolution? Would the HD details or lack thereof be more noticeable if the screencaps themselves were HD? Why not have thumbnails in the blog post that when clicked load a 1920 x 1080 sized image? Blogspot does this automatically if you upload a big picture. Or is what you're pointing out so obvious that this is unnecessary? (If it is, I can't see it.)

The best I can discern from these comparison screenshots is "they look almost identical." Which itself is very valuable information, since the DVDs as you point out are cheaper and come with physical extras (booklets, etc) that the Blu-Rays do not despite their much higher price tag.

I've kept the images at their original 1920x1080 resolution, just cropped out a small part of the image to save on space. Blogger only takes images up to 1600x900 for some strange reason, so posting "Full 1080p" caps doesn't actually work unless I want to link to them off-site.

The easiest detail to spot on Samurai Champloo is the wood grain on the bench. The DVD has a defined texture hiding in the 'grain' while the Blu-ray has only a faint trace of it left.

The grain itself is also missing. As much as some people may not like it, it's NOT a side effect. Digital animation never has grain unless the animators specifically wanted it there, and some shows - Shigurui, Ga-rei, Claymore and the like - add that grain specifically to emulate certain film stocks. Removing the grain is removing a part of the animation, and there's really no excuse for it on a modern digital title like Samurai Champloo.