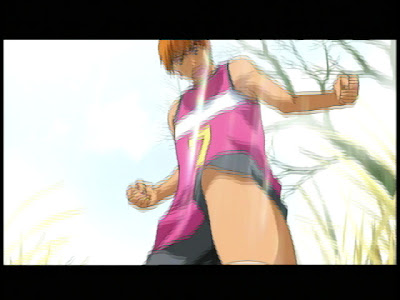 HININDEN GAUSU was produced in 2005, a time when all animation studios had moved onto digital, but weren't necessarily animating up to the digital standards we've come to more or less accept as the norm today. Particularly for cheap pronographic titles like this, making sure that the DVD would look stunning on a modern 1080p HDTV was about as far from Studio Arms' general focus as one could possibly imagine. 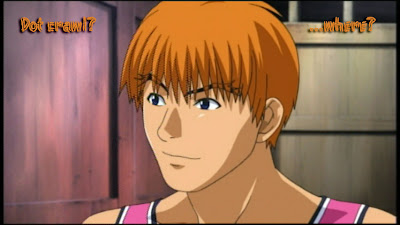 What you see above is the before/after of a lovely little dot-crawl eating filter I've experimented with a few times. The results are stunning on the most stubborn of analog cross-talk, and even the shimmering rainbows on the outlines seem to have ebbed.

While recordings I make myself are tempered by my DVD recorder's surprisingly powerful comb filter, anything sourced from DVD either does or doesn't have dot-crawl. There's nothing I can do in hardware to fix a finished transfer, and the fact that I've gotten results this dramatic are encouraging. 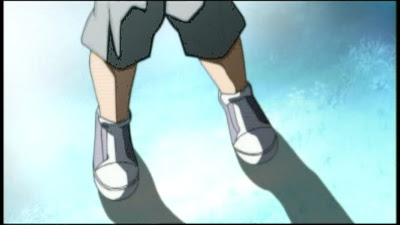 Unfortunately, it also creates bullshit like this every now and again...

Being a temporal filter, it freaks out when the chroma flashes randomly between very dark and very light, so it has to be turned off on certain special effects - particularly lightning flashes. This means I'll literally have to encode two separate transfers and then cut out the "bad" parts later. It also creates some really freaky looking artifacts on the crotch mosaics, but as seeing those brought pixelated vaginas to a whole new level of creepy, we won't be showing any of that.
at 12:47 AM