Remnants of a Perfect Crime 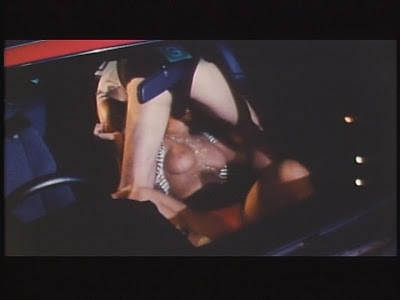 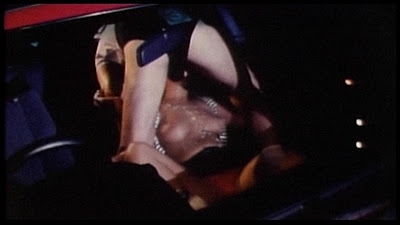 I still wonder if I went a little too heavy on the grain... oh, well. In motion the random organic-looking grain is less noxious than the sea of light gray macroblocks that I started with, so this is one of those times when seeing the finished product will say a lot more about it than whatever I can post as stills.

Here's the problem: Because the new transfer is 16:9, and the original DVD transfer was 4:3, I can't "Patch" the new transfer into the old DVD as I had planned. I got so damn caught up in the de-nastifying process that I totally spaced basic DVD specifications, the basic building-blocks of what does and does not make a DVD 'work'.

I suppose it wouldn't be the first time...

It's a funny thing about DVD - every title has to be a part of a VTS, or a "Video Title Set". Every title within that VTS has to have the same basic specs - same number of subtitles and audio tracks, and the same pixel aspect ratio. The original DVD was 4:3 all the way, so it only used one VTS. If I were to patch the new transfer into the old DVD structure, I would have to distort the special features - something I'd like to avoid for obvious reasons.

Essentially, my only option is to rebuild the DVD from scratch using the menu as a template. There's not too many elements to build, but it means several of the steps I've taken - some of them more time consuming than others - have been a waste of time. D'oh!

At least the hardest part is over with. Expect more remastered transfers of prior Kentai Films DVDs in the near future.
at 10:34 PM