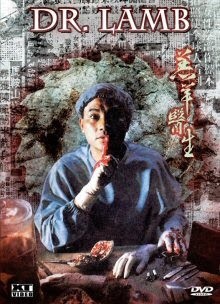 This cover is a lie, by the way.

About two years ago ago Austrian film licensor XT Video made my day by announcing that the Cat III feature DR. LAMB/羔羊醫生, would be released uncensored in anamorphic widescreen on DVD for the very first time in June of 2008. It was even going to have English subtitles!

For the uninitiated, Dr. Lamb is the "mostly" true story of a Hong Kong cab driver who, for the better half of 1982, kidnapped, murdered and dissected several young women in a one-man reign of terror. Fun for the whole family. It was some fairly ground-breaking cinema in 1992, a cultural oddity from a country who's horror output had mostly been wild and psychedelic adaptations of grotesque folk tales. This film established the pattern of a deranged psycho killer and the abusive bumbling cops who need to get a confession out of him, regardless of what rules they have to break.

It worked well enough here that it was effectively remade (from a structural point of view) with a better lead and way more sex and violence in THE UNTOLD STORY/八仙飯店 人肉叉燒包 one year later, and the entire Cat III industry changed almost overnight when that received no small level of mainstream acclaim. From then on seemingly every Cat III feature was about a perverted maniac raping and killing attractive women for 90 minutes, and the subgenere flourished until about 2000, when a pair of films about the "Hello Kitty Murder" were literally released on the same day.

For whatever reason Hong Kong hasn't much gone back to this gruesome treasure trove since, and so like Tokugawa period pieces about sexual torture and jungle movies featuring cannibals castrating each other, it's become yet another crazy bygone subgenre in the twisted metal mosaic of exploitation films. They're also some of the trashiest, most politically incorrect, and inappropriately hilarious exploitation films ever made anywhere, and as such the Hong Kong Nasty of the 1990s holds a special place in my heart right next to 80s tentacle rape anime and mind-numbing 70s zombie epics.

Anyway, this entry isn't so much about the film as it the DVD. XT Video is, like any German or Austrian label with "X" in the name, a subsidiary of Andreas Bethmaan's X-Rated Kult company. The initial release of Dr. Lamb was a pair of DVD case sized hardboxes and a limited VHS sized hard case, and once those sold out a limited metalpack was produced. Being way too goddamn poor to spend 25 Euros on a film I never picked up for $10, it's since become unavailable, but I finally got my hands on a copy.

Bethmaan and pals promised it would be anamorphic, so that means the DVD should look at least pretty good, right? 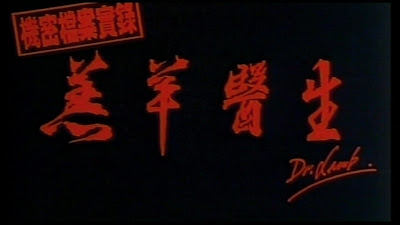 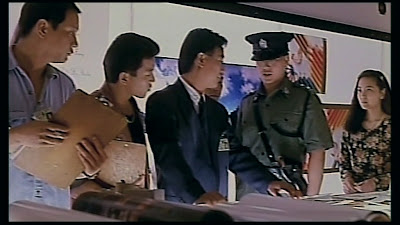 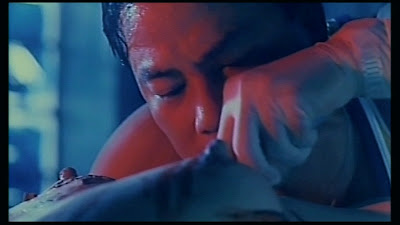 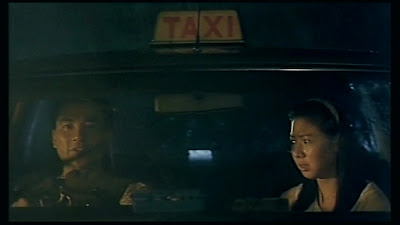 Fuck! No fine detail, chunky analog video noise, weak black levels, massive edge-enhancement halos... it's kind of a laundry list of source fugly-assness. The dual-layer disc left it with decent compression, at the very least... Looks like it's the same non-anamorphic print Winson minted for DVD in 2001, but filtered within an inch of its' life, and with about 30 seconds of restored footage from PAL VHS. The scariest part is the difference in quality isn't as dramatic as you'd expect... 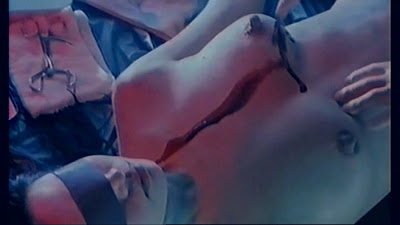 At least it's mostly-progressive 25fps PAL transfer despite being made from an NTSC source, and is presented in anamorphic widescreen at what looks like a 1.72:1 aspect ratio. The comb filtering has been done pretty well, and there isn't much in the way of obvious temporal DNR smearing or scratch removal artifacts, despite both having been used on the source. (Supposedly the old Winson DVD had grain. This one sure doesn't.) Truth be told the restoration itself isn't bad, it's just that the source is so terrible it's piling expensive makeup on a rotten pig head. It needed a new 16:9 transfer from a stable 35mm source, and instead we got a transfer from 2001 that was barely fit for LD.

Sad as this may be, Dr. Lamb is actually a lot better looking than Raptor's earlier "Remastered" release of The Untold Story, and both discs mirror one another with extravagant numbered boxes, a featurette on the new 5.1 surround German dub, and even a similar before/after restoration comparison... 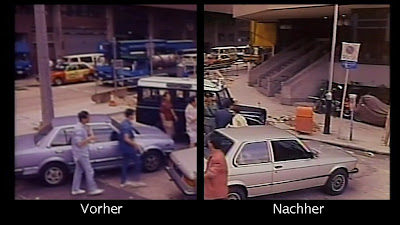 The latest non-limited release is just 15 euros, which seems like less of a rip-off for such a poor transfer. It's possible that the producers don't know where the film negative is, and a new restoration is physically impossible. It's also probable that when you're only selling 2,000 copies of something you don't even own, paying for a new telecine is financially counterproductive. I know all too well the realities that small genre labels face, and so they have my sympathy - but that still doesn't mean that they're not overcharging for a fairly shitty product. Sadly, the XT release is still the best looking DVD release out there of this film, and the only one that's uncut. Universe/Tai Seng released a dump of the same letterboxed LD transfer, which was cut by about 30 seconds by the Hong Kong censors (details HERE). I don't think there have even been any other DVD transfers to speak of, so even if this looks like crap, I'm still kind of glad to have it.

The CineClub release of RUN AND KILL/烏鼠機密檔案 remains the only "real" German restoration of a Cat III feature*. I'll leave you with a few delightful screencaps to show you much much difference starting from an early-generation film can net, even if the new telecine isn't perfect. 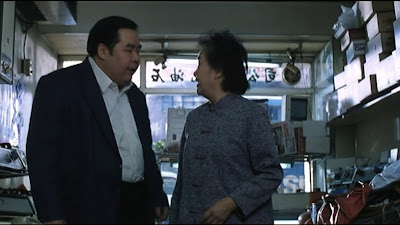 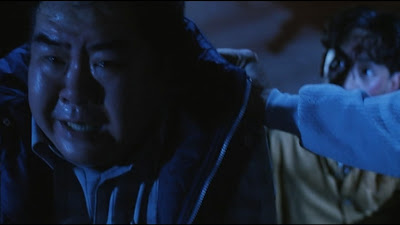 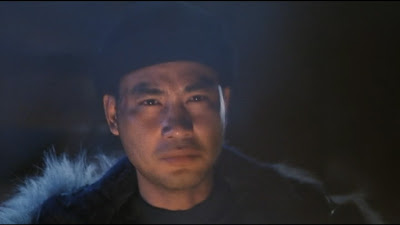 That said, Run and Kill also came with an uncut copy of INTRUDER/恐怖雞 so god-awful that I refuse to even post screencaps. The fact that it seemed to have been sourced from an all digital source makes me all the more sad.

*I've been told that the German transfer of Run and Kill was probably lifted from the French HK Video release. Wouldn't surprise me, as these guys have released several anamoprhic transfers of trashy vintage Hong Kong features, and I doubt Cine Club has money to burn. The point on "Make a new telecine, goddamn it!" still stands. 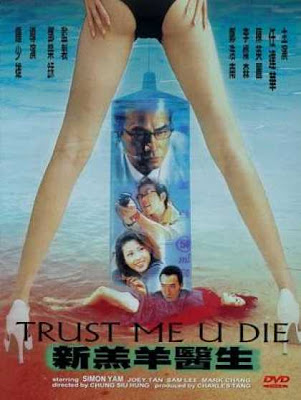 Turns out the 1999 film TRUST ME U DIE/新羔羊醫生 was marketed as "The New Dr. Lamb", and also happens to star Simon Yam as a serial killer. It's worth pointing out that this was the year "The New Untold Story", Bloody Buns/新人肉叉燒包 came out. If Trust Me U Die is anything like Bloody Buns, consider painful suicide as a viable and wise alternative to actually watching it. 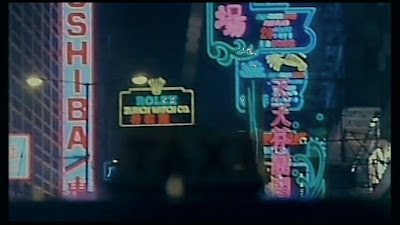