An Arrow In The Eye

Arrow Video, UK based genre label for parent company Arrow Films, are quickly becoming one of my all time favorite distributors. There are actually plenty of reasons why, but I'll show off the most obvious reasons first: 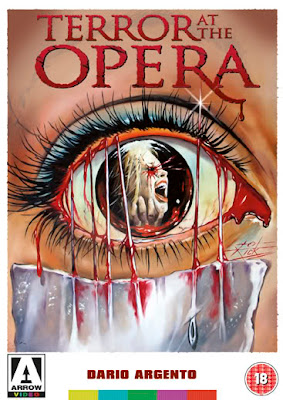 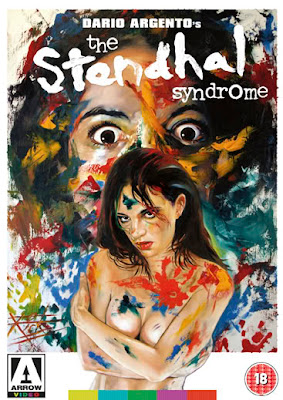 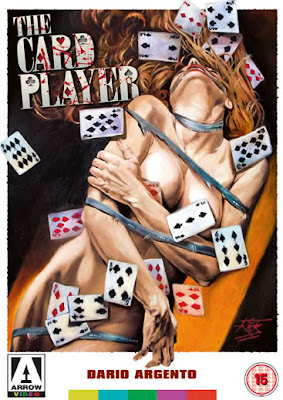 This is the latest set of DVD releases from the studio, and as with all of their releases they include brand new oil painting covers by their artist-on-tap, "Rick", who in some cases is making the very first painted covers for these films. And yes, being the nice guys that they are, should you despite these covers you can simply turn the insert around and have the original art instead... but seriously, do you want The Card Player looking like this on your shelf instead? 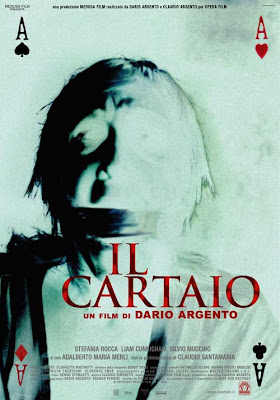 I guess the more relevant question may be
"Do you want THE CARD PLAYER on your shelf at all?"*

Clearly targeting an audience nostalgic for the obscene, fantastic, and often full of crap rental covers of the "Video Nasty" era, these beautiful covers are - often enough, anyway - more shocking and exciting pieces than the films in Arrow Video's catalog actually deserve. Honestly, if it weren't for the man-hands on Rick's fantastic take on The Card Player, it'd be my favorite piece of cover art to come out of the last damn decade. Similarly awesome covers for Silent Night Deadly Night, Street Trash, and Two Evil Eyes elevate their releases to the point where I'd almost rather have the Arrow Video release just for the impressive packaging - even though the R1 releases are all perfectly fine, and cheaper to boot.

Not quite all of Rick's covers are created equal, though. I don't want to rag on a talented man doing what he so clearly loves, but when I saw this, I felt myself swallowing just a little fanboy rage... 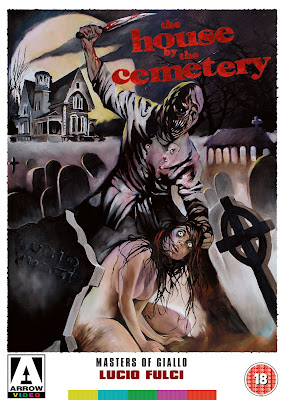 It's not a bad piece of art, in and of itself. It's just neither relevant to the events in the film, nor so adversely different from it (like The Card Player) that I can forgive it as a hilarious piece of pulp fantasy... I just look at this and ask, "the fuck is that?"

I do so love House by the Cemetery, but that's not a particularly accurate image of the Freudstein Monster(zomg spoilerz?), and the bizarre shading/blades of long grass on her leg looks like the worst case of cellulite I ever did see. Still, the expression on her face alone makes the piece appealing to me, and I'll admit that this is closer in tone to the film proper than any of the original video or poster images kicking around...

And come to think of it, their "Master of Giallo" collection is conceptually hit-or-miss by including titles like Lamberto Bava's Macabre and Lucio Fulci's House by the Cemetery. If either one of these are a giallo, then I'm a blogging pizza bagel.

More important, though, is the care they put into their product. Recently they were about to release a dog of a disc in the form of Two Evil Eyes... after less than enthusiastic pre-release reviews, they actually listened to fan feedback, and delayed the release to try and wring a new transfer and a few more extras out of the license. Their forum is also active in asking the fans what they want to see - they don't get everything they beg for, of course, but even communicating with the fans who know exactly what they're willing to drop a few pounds on what might make them consider buying City of the Living Dead (again).

That's the sort of dedication that I expect from absolutely nobody these days, and knowing that most of their titles include exclusive extras and uncut, anamorphic prints, these guys are by far the most promising genre licensor to have cropped up in the last year or so. 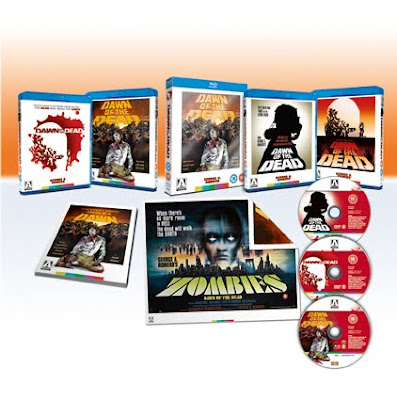 The fact that they're based in the United Kingdom means their releases cost more than the average R1 - by a pretty wide margin, actually, between the weak dollar value and the lack of Amazon and eBay sellers getting rid of overstock for pennies. But for some of these titles it's well worth the investment, and the promise of some exclusive special features might just tip even my cheap ass into re-buying a couple personal favorites. Try Amazon.co.uk if you want to get the discs for about $17~19 shipped to the US. Those awesome Romero Blu-ray sets cost a little more, of course.

If you're curious about these guys and want to know more, you can find them at the Cult Labs forum. I'm going to look forward to watching these guys grow - assuming they survive. As beautiful as Arrow Video seems right now, it almost sounds too good to be true, and makes me think of Encore, the Dutch label that released ultimate editions of Jean Rollin's catalog... until they simply stopped making money.

*Full Disclosure: THE CARD PLAYER isn't a bad film, and I sure didn't mind getting it in the Anchor Bay steelbook collection. It' a very smart and tense police thriller, who's only real sin is looking suspiciously like an under-funded Silence of the Lambs knock-off. It isn't a phoned-in TV movie effort with zero aspirations tempered by a basic level of professionalism (I'm looking at you, Jenifer), it's just unappealing to look at, and when current even prime time TV shows look slick and 'Hollywood', that makes Il Maestro look downright lazy by comparison. There's clearly a lot of forethought into the lighting and photography... too bad it all looks black and bland, the chase through the streets of Rome aside. The film may not be what long time fans wanted it to be, but it wasn't a pile of dog shit, either.

Besides, after GIALLO, almost anything Dario crapped out for a paycheck looks pretty good by comparison...

I was pretty impressed with Arrow's Dawn BD packaging as well, but unfortunately the PQ isn't much to write home about. Haven't done a direct comparison but I think the US BD looks a bit better.
And this is after they sent "screenshots" to a reviewer that had more detail than the actual release.

The 2.0 track (original mono? didn't sound like a stereo upmix, but I'm not positive) is in LPCM though, vs the 192kbps DD original mono of the US BD.

I have a theory on their DAWN release, but I'm trying to hold off until I have more images and information to work from... the short of it is I think Arrow did the very best with what they had, but they were (perhaps inadvertently?) dishonest about what the final product was going to look like.