As much as I have enjoyed finishing off my last kaiju-scale war between man, dub track and subtitle, it's... well, it's still good to be back. At least for now.

GAUSU's restoration hit a minor snag due to frames being dropped. The short version is this: Neat Video is not, I repeat, NOT designed to be loaded by AVISynth. (Or any program that isn't VirtualDub - nope, not even VirtualDubMod). No, seriously - you will drop frames.  And you wouldn't like me when I drop frames. It's since been re-encoded, and is still incredibly fucking awesome, so I just need to finish off the menus and author this beast once and for all.


As for poor ol' GUYVER? *Sigh* I swear, I fucking give up. I'm probably just going to patch the subtitles in after a once-over and be done with it for the time being. Maybe later on I'll denoise the crap out of it, since the LD is anything but pretty, but this is one of those situations where I spend weeks tweaking it only to find new and exciting flaws in every iteration. Sometimes, I just have to call it quits to release anything at all. Sad, I know.


At least we'll never have to worry about overheating again. I finally switched out the old midtower for a massive fulltower that's as silent as it icy with a total of four built-in fans on top of the massive hunk of a CPU fan I've got in there now. I'm idling in the 30s, even on a hot day! I'm as happy as a sadist wearing cleats tap dancing on a sea of lepers! 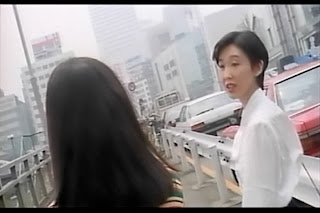 As for THE BEDROOM... 'nuff saif.
Other stuff is on the way - a LOT of stuff at that -  but plans change with the direction of the wind, so I'd like to keep those close to my chest until there's something worth unveiling.
at 1:19 AM