Not that 95% of you will probably care, but frustration over "bare spots" in the original script and a general case of the OCD have let me to re-do the Kentai MOD of Lyris' amazing tweaked version of GrainFactory3. The idea was to create a script that would simulate light film grain on material that was left waxy from DVNR, which happens to be a natural side effect when you're deinterlacing fuzzy analog video... the results can be seen in the below example: 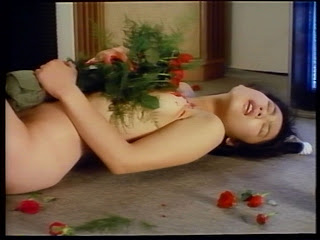 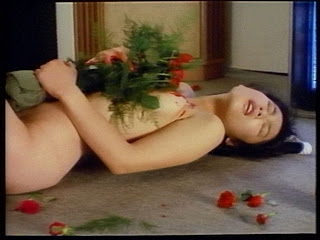 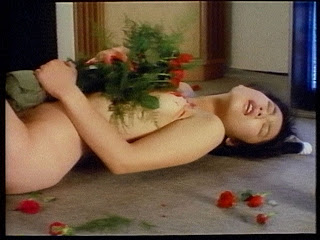 Lyris' original simulated Film Grain
Understand that I don't think for a second that my script is any "better" - it was just made for very different material than the script I based it on, and when placed on top of my smudgy pan-scan VHS projects, the digital grain didn't look at all like it was a "part" of the signal, if that makes sense. The idea is to create grain that blends in with the soft video rather than grain that rides on top of it. It's certainly unfortunate that you can't "restore" the original film grain, but when your options are a Vaseline-smeared mess or faking that it was sourced from celluloid, I'd say some carefully tweaked luma noise is the way to go.

That said, the above example - an early Sato erotic-grotesque work by the English title LUSTMORD: PLEASURE KILL/暴行本番 - will not have fake grain. There's plenty of analog noise to start with, and there's enough bizarre chroma anamolies going on that a fresh coat of noise is perhaps the last thing it needs. Plus, it's fucking pan-and-scan, so the notion of this ever being a reference transfer is just silly. It was just an all too convenient guinea-pig to experiment on.

While I'm on the subject of fugly Shin Toho tapes, God-DAMN I wish I had discovered the ridiculously useful Easy MVDeGrain  function ages ago. It manages to remove noise from static areas without visibly changing moving areas, which makes it perfect for cleaning up chroma noise on VHS without drastically altering what little detail is hiding in it to begin with. It certainly isn't as robust or advanced as Neat Video, but for some putrid sources (like the above title) it's still much less damaging. It's particualrly useful for an upcoming title I WANT to keep film damage on, despite SRemoveDirtMC's natural side-effect of removing random background noise generally being a plus on old analog sources.
at 2:51 PM

Labels: Fuck AVISynth and the Horse it Rode in on, Kentai Films, Remaster