Death Smiles on a PAL Conversion

I had never purchased the Shock Entertainment DVD of Joe D'amato's 1973 horror feature, DEATH SMILES ON A MURDERER/La morte ha sorriso all'assassino. It was in the European standard PAL format, which remains a pain in my ass on any TV that runs at multiples of 60Hz, and was also a non-anamorphic transfer which made me nervous that the image quality would be on the crap end of watchable. I guess I had always figured that Anchor Bay or Shriek Show or Mondo Macabro - hell, that anybody - would release a 16:9 NTSC version eventually, but as it turns out the wily smut purveyor Johnny Legend of Legend House released it about three years ago, as a double feature with an unrelated Christopher Lee horror film by the delightful moniker "Doctor Sadism's Torture Chamber". I don't know squat about that flick, but anything with a title that crazy is okay in my book.

The good news is Americans have had the option of buying D'amato's earliest horror feature complete with a genre expert commentary track for some time, and the MSRP of only $20 means you get two ridiculous gothic horror films for the price of one import! 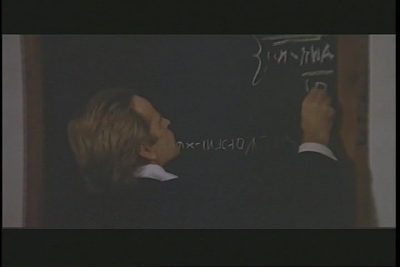 In Legend House's defense, all the other DVD transfers out there are equally crap, they just don't have to deal with being PAL > NTSC interlaced conversions on top of everything else. So Johnny and friends just managed to add the fly-sprinkles on this decade old shit sundae of a Digibeta. Lame.
If I'd ever bought that Dutch release, at least interlacing wouldn't be an issue on playback. X-Rated Kult DVD released the same crumby transfer, but as that release is only dubbed in German it's even slightly more useless than the US release - though at least it includes both English and German title sequences. It also includes a German trailer, but it's clearly something X-Rated threw together with editing software, not a vintage affair.
Oddly enough, Legend House sourced the opening credits from an even worse 4:3 source, but then replaced the title card. The English title for this one outside of the United States was 'Death Smiles at Murder', so I can only assume the English titles accurately listing the director as his christian name "Aristide Massacessi" were from a European source, which would have been subtitled in one local language or another. It's actually kind of funny, seeing the title card have true IRE 0 black and then seeing ABSOLUTELY NOTHING ELSE on the disc getting close to the right grayscale levels.
So... take your pick. The Shock release is PAL and progressive, this comes with a bonus film and a commentary (that may or may not be worth listening to, I have no idea). I guess if you speak German that X-Rated version comes in a pretty sweet hardbox, but otherwise your options are just plain crappy. Maybe someday a crazy label like Grindhouse Releasing or Midnight Legacy will create a new transfer from scratch, but in the meantime I'm going to futz with the transfer I've got in front of me, just to come up with something remotely watchable so I can sit down and try to enjoy the friggin' film without vomiting in my mouth every few seconds over how poor it looks.
at 9:53 PM