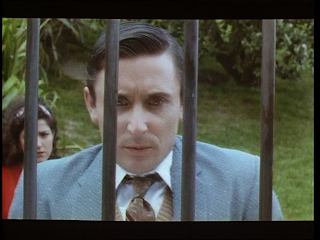 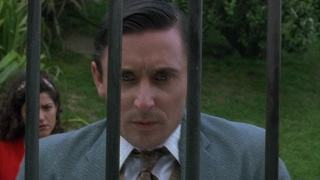 For fuck's sake, world, it's been almost 20 years since this film came out. Both the "anamorphic" Italian DVD from Raro and the DTS Edition from German Laser Paradise boxset are literally the same crappy analog transfer cropped and upscaled, and the British DVD is just the older German DVD with the saturation kicked up a few notches and a slightly higher bitrate. Even writer/director Peter Jackson himself threatened to restore it last year, but we've not heard a peep since! Can we PLEASE just have an uncut and restored print of the greatest splatstick horror comedy ever made already? Is that so goddamn much to ask for?

The above transfer was made by removing the majority of the scratches and then adding a fresh layer of grain to the HD broadcast that's been floating around for a while now. I also compressed it using a high bitrate for DVD9 and didn't use any of the filtering CCE SP has to offer. This is as good as an NTSC SD transfer from the broadcast is going to look, and I made it only because trying to watch the uncut German DVD makes my eyes want to puke, and a friend wanted to see the film so I decided an interim restoration was in order.

Unfortunately, I've forgotten why I swore not to buy the cut US release in the first place. While "Dead Alive" isn't a messterpiece on par with, say, Shogun Assassins of 7 Doors of Death, it's still no replacement for the genius that was BRAINDEAD. It's rare for a zombie film to have a legitimate focus on human drama, even if those humans are jackwagons, sods, or just plain ridiculous (as is the case here), so cutting 7 minutes of mostly dialog may not seem like a big deal, but it does remove plenty of moments that I've grown to love. Perhaps the best example is when Void's gang of greaser idiots argue through a drunken stupor how to properly pronounce "necrophiliac" - is it vital to the plot? Not really. But if that's not comedy gold, nothing is.

The continuity of the "Unrated" version takes a hit, too. For one thing, the scene where Vera ("mum") tells Lionel not to see Paquita anymore was cut, which makes his insistence that he can't see her again shortly after this seem like a wild overreaction.  We don't get to see Paquita and her friend rip Void's legs in half, so now when we see the rotting arsehole at the very end, he's using his own limbs as stilts with no explanation. We also don't get to see what becomes of the Priest and Nurse zombies, something the uncut version makes explicitly clear with gardening tools. Another lost scene is Zombie Void escaping and joining the party, proving once and for all that the undead, like girls, just wanna have fun! The gag with the umbilical cord gone missing a shocker, too; without it, we're not sure if the Zombaby is actually a threat or not.

I considered restoring the "Braindead" footage into my own transfer, but even if the quality matched (and man, it doesn't) that would be much more trouble than it's worth, as some of the cuts are literally just 2 or 3 seconds long, like that douche with the video camera giving some zombies the business before he gets turned into a warm side Crumb's Crunchy Delights. It'd look just as bad as one of those old German X-Rated Kult or Astro DVDs that literally cuts from a decent Digibeta source to a damn VHS in the middle of a shot, and as much as I'm big on preserving the original cut of a film, it just wouldn't work here. At that point I'd rather just include the uncut version on Disc 2 and be done with it.

Supposedly Peter Jackson himself edited "Dead Alive" to tighten up the pacing, and says he prefers the 97 minute cut to the 104 minute original. This may or may not be true, since other than a brief aside on IMDb, I can't find any source for him saying it. All I know is that I think Braindead is a masterpiece, and that Dead Alive is a slightly compromised version thereof, so while I was pretty happy to have found any print of the two worth restoring I'm still hoping that Jackson himself can one-up me in the near future. It'd be better for all of us, believe me.
at 1:00 PM