The 1993 Hong Kong exploitation film LOVE TO KILL/虐之恋, the brutal and disturbing follow-up to his award winning performance as the infamous "Bun Man" in The Untold Story,  is just one of those films that's much harder to get a decent copy of than it ought to be. There was a Laserdisc release the following year featuring a letterboxed transfer and English/Chinese subtitles on the print, but it was very heavily cut (87 minutes) and the Cantonese track reverts to Mandarin around all of the scenes where the editors were clearly tasked with removing the worst of the rape, murder, beatings and other abuse that Wong's wife has to suffer through before the credits roll.

A decade or so later the film resurfaced on DVD in Taiwan, and the good news was that the film was "extended" to a runtime of roughly 90 minutes. The downside for the visual presentation was the quality of the transfer, which featured very blown-out whites and a general softness that makes the whole film look hazy - particularly when compared to the prior LD, which was surprisingly easy on the eyes for a 15 year old analog video releaser. Worse yet, the Taiwan version only has Mandarin audio, so if - like me - hearing Anthony Wong speaking poorly dubbed Chairman Mao approved dialect makes you want to kill yourself, it makes for a bit of a frustrating experience.

The latest release was from the Hong Kong DVD distributor City Connection. Despite including the Cantonese audio missing from the Scholar disc, the bad news seems two-fold; not only are there no English subtitles of any sort on the disc, but the transfer is 4:3, as well! Just a shitty pan-scan transfer of old materials, I bet... cheap bastards! 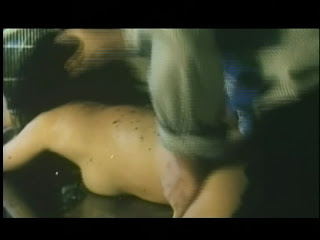 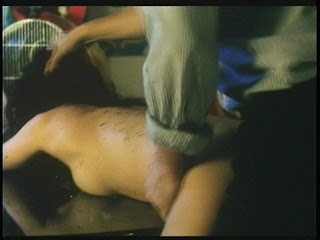 ...huh! Guess they found an open-matte print and did their own telecine. Groovy. Maybe that Untold Story City Connection DVD isn't pan-scan, either? (Need to investigate that further.)

The City Connection DVD is also the full 91 minute version of the film, and is reputed to include every scrap of footage known to exist, making it *the* version worth keeping by default.

While the City Connection print is the clear winner, neither transfer is immaculate. For all the increased detail and additional picture information on the City Connection DVD, it's still an interlaced/analog transfer that dates back to 2003 - or even earlier. Still, it's the lesser of two evils, and it even includes the original Cantonese audio in the best shape it's ever been in... which is to say it defaults to Mandarin several times, but I guess that's just an ear-destroying flaw this film is going to have to live with forever.

Of course the Hong Kong DVD lacking subtitles means this title will take some time to finish, but rest assured that Kentai Films is going to use the HK print when the time comes.
at 4:16 PM