Fun stuff, ladies 'n' gents, fun stuff. KentaiFilms.com will probably be down until the start of next month. There's a lot of back-end work that needs to be re-done, and I'll be damn busy up until then, so for anyone curious we should be operational again shortly. 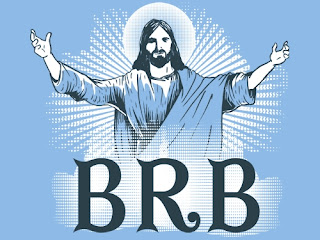 'Cause it's almost Easter, goddamn it.
Now where did Jesus hide my Peeps...

Why am I busy, I hear that one guy in the back (who may be a recording I planted) asking? The short version is that I'm working on a 4+ hour long video restoration project. It's thankfully not as drastic as the last one I undertook, just a pretty basic de-scratch job.

Unfortunately, "basic" and "descratch" is something of a lie - if you're doing it right, anyway. See, descratch filters are awesome because they can remove thousands of little niggling bits of debris stuck to each layer of the print by comparing 3 frames at a time, and replacing an errant spec of a solid color with the combined data from frames around it. It can mean the difference between a Grindhouse quality print and a new sparkling restoration, if used properly... the downside is that it can't always tell when those errants specs of color are "real" details or not, and it'll end up erasing them completely. One famous example was arrows and lightning-bolts disappearing totally on the first BD release of Gladiator, while another are outlines being scrubbed right out of the camera-shaking effects found in FUNimation's HD master of Dragon Ball Z. Toon Demigod John K. has some GREAT EXAMPLES of exactly what I'm talking about.


Digital Scratch Repair (or "DSR") is one of those tools you're really not supposed to use unless you really need to. Oh sure, I can already hear you thinking that "all print damage should be removed by hand" - it's a nice thought, but a totally unrealistic one. Certainly lavish, expensive Hollywood level restoration involves a large group of living, breathing, photoshopping video slaves (many of them farmed outside of the US, I'm certain) but every studio out there uses automated processes to remove the most obvious errors. Heck, Sony got all excited about creating a new and super-accurate DSR process to use on that Taxi Driver restoration they just put out on Blu-ray... yeah, that one that people are already touting as "Blu-ray of the Year" when it's not even fucking May. The results speak for themselves I suppose, but I have to kind of scratch my head and wonder just how necessary it was to error-check up to one pixel in a 4k scan... I'm all for removing print damage unless it was added intentionally, but do we need a literal army of dust-busting robots programmed to shoot us dead if we get a spec on our shirts? 'Cause I swear that's where this shit is heading...

In this case, we have a decade-old print rife with optical effects that's absolutely riddled with print damage. I couldn't hand it off to my employers without at least trying to fix up the worst of it, so after fixing the black level and experimenting with a few other oddities on the transfer, I quickly found DSR to be The Ticket(TM) - not only does it combat the heinous multi-generational 35mm film grain without smoothing the whole transfer over, but it removes the multiple layers of analog... yuck.

Without saying too much about the project, it's the sort of film where there's endless possibilities for dust to get trapped in the image, and for some reason it looks like the negative for the last several reels was stored in a constantly-running washing machine instead of an archive. Unfortunately, it's also the kind of project where minor details will disappear on camera pans and sudden cuts, so it's the sort of film I need to watch like a hawk and make a massive cut-list that'll default back to the "untouched", raw transfer whenever the DSR is erasing real detail instead of print damage.

There's just one tiny problem; the label already announced a date before I got the materials, and I've only got about a week to finish all 4+ hours. But the absolute best part? I haven't even seen the film yet!

So before I leave for my long weekend I'm plowing through the both of them, doing my best to get acquainted with the specific scenes and effects and douchebaggy camera movements that are going to fuck up the DSR hardcore. My goal is to watch both films by tomorrow, and then spend a day or two with each of them once I get back to key out the scenes I can already tell are going to be warped beyond recognition... you can actually watch details bulge and warp and completely disappear on the workprint I've been making. It's trippy as all hell to watch, and the flick itself was pretty trippy to start with!

But I think a week should be just enough time to swap out scenes where processing does more harm than good, encode it, and sync up a couple of language tracks. It'll be a tight squeeze, but I should be able to hunker down and finish this monster up. I can't give it the loving frame-by-frame attention I bestowed on a previous title, but rest assured, I'll catch the worst offenders of DSRicide or die of a caffeine overdose trying.
at 10:06 PM