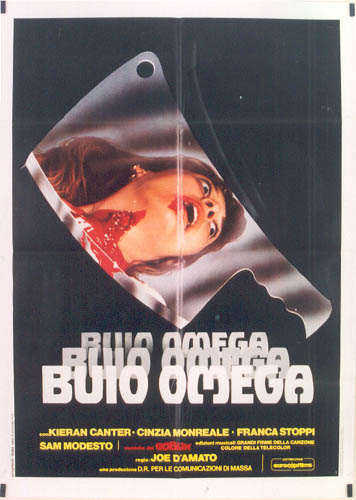 Well... the good news is that evidently the new Blu-ray release of BEYOND THE DARKNESS/BUIO OMEGA is, indeed, a new High Definition transfer and not yet another SD upscale. So, congrats to Media Blasters on actually getting this title out to the market in 1080p... even, uh, if it's a year after they said they would.

Now, the bad news is that it's fucking cut. Midnight Legacy reports that at least 25 seconds are missing following the opening credits - footage that's actually on the fucking Media Blasters DVD included with the Blu-ray! I'll be sure to put up a comparison between the two as soon as I can get my hands on them, though work will have to take precedence for the next week or two.

Still, even if there's only one single cut, this is goddamn embarrassing for a title that's taken MB this long to actually make happen, much less one that's been available uncut for so many years from Media Blasters themselves!

This isn't Beyond the Darkness; it's Beyond Retarded.
at 12:49 AM

The information is very good indeed, may be useful for everything