The Man Slayer Goes Abroad: Rurouni Kenshin on "US" Blu-ray! 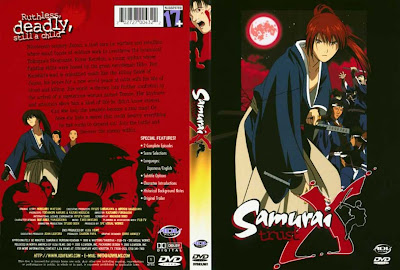 Rurouni Kenshin: Trust and Betrayal/るろうに剣心―明治剣客浪漫譚―追憶編 (aka "Samurai X") is due for a simultaneous Japanese/American Blu-ray release. According to the press release, Aniplex USA will be distributing the title exclusively through RightStuf and the Bandai Entertainment storefront. They're also releasing Rurouni Kenshin: Reflection/るろうに剣心 -明治剣客浪漫譚- 星霜編 and Rurouni Kenshin: The Motion Picture/るろうに剣心―明治剣客浪漫譚―維新志士への鎮魂歌, but... seriously, we're getting Trust and Betrayal, the original uncut OVAs, with an externally confirmed brand new HD telecine and English subtitles. Damn near everything else in this announcement is just white noise to me.

Pre-orders start June 1st, and the Trust and Betrayal disc is set to ship in August, with the "Reflection" and "Motion Picture" titles to follow in September and October respectively.  Keep in mind we're getting the same exact discs on the same exact day they premier in Japan, and word is we'll get them in deluxe digipaks with brand new art commissioned for the occasion. The US release will include a translated booklet as well, so - much like the First Pressing release of Bandai Visual's AKIRA - we're literally getting the exact same thing as Japan.

Unfortunately, deluxe Japanese releases come at deluxe Japanese prices. $65 for Trust and Betrayal, $55 for the other two. Ouch... but I'm not going to lie, Trust and Betrayal is a four part masterpiece worth damn near any price. The other two are substantially less so, and as such I'll probably pass on them. I would love to own the Reflection OVA on Blu-ray in a matching sexy digipak, but there's nothing about it worth quite that much.

Director Kazuhiro FURUHASHI released a two-hour "Director's Cut" version of Trust and Betrayal in 2002, which did add some exclusive new footage, but also dropped music cues and cropped the whole 4:3 shebag into a faux-widescreen 1.85:1. The Blu-ray release is set to be the OVA version, so I'm taking it on good faith that it'll be framed in its original 4:3. I'm not certain what some of those bizarre rotoscoped shots that were obviously shot on SD video will look like on BD, but the animation in this four part OVA represents some of the best, and the last, of what traditionally hand-drawn 35mm animation with an OVA budget can offer, so expectations are very high indeed.


The Sony Japan R2 DVDs had dubtitles, but Aniplex USA has yet to let that happen anew, so we'll just wait for reviews and see what develops...
at 10:13 PM

Thanks For Sharing The Information