How to Milk Your Dragon

FUNimation entered the DVD market in 2000 with "Dragon Ball Z: Captain Ginyuu - Assault". A decade-plus later this all seems so quaint, but Dragon Ball Z  - Toriyama Akira's fantasy/action show about, essentially, burly spacemen with pointy hair melting each other with fireballs - was arguably the anime series that forever changed the face of the industry, and even cultural perception of the art form as we know it today. Well, that show coupled with the ever-growing DVD format and Cartoon Network's shockingly lax standards and practices board helped, but that's another discussion for another time... 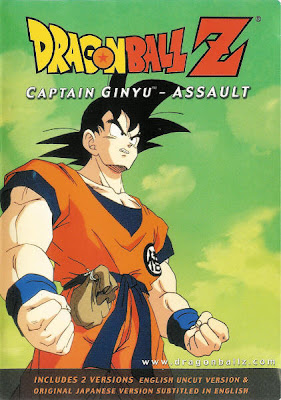 It was considered something of a milestone simply because it was one of the very first anime DVDs for a "mainstream" title currently on basic cable broadcast to be released both unedited, and with the original Japanese dialog plus accurate English subtitles as a viewing option. At the time, $24.99 bought you three or maybe four episodes in a keepcase with no extras, and I daresay most fans were pretty happy to see it. To FUNimation's credit, they released from episode 68-291 in "single" DVD volumes from start to finish, milking fans for $6.25-8.33 an episode at MSRP... and at the time, after nothing but years of heavily edited VHS, it was still a step in the right direction. Keep in mind this was also an era when Hollywood mainstays were shitting out an old LD transfer onto a single-layered disc was regularly considered "good enough", so the mere fact that you didn't need a VCR to watch Gokuu and Vegeta beat the snot out of the Ginyuu Special Forces was probably a novelty unto itself back when. 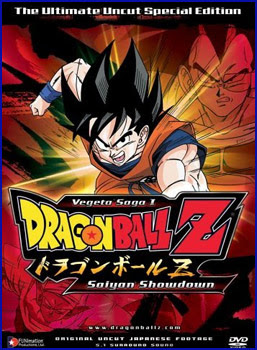 Back in 2000, FUNimation still didn't have the rights to release the first 67 episodes (/the first 53 English episodes... the butchering of this series was remarkably insane), due to Saban and Trimark still holding those reigns as distributor. When the rights lapsed in 2004, FUNimation announced they were going to release the "Ultimate Uncut Special Edition" versions of the first 67 episodes at the same price as the rest of their singles. It included a "new" English dub to match consistency with the rest of the show FUNimation had since dubbed internally instead of outsourcing to Ocean Studios, but otherwise the only thing 'special' about it was the fact that it was uncut in the US for the very first time. For better or worse, they made it to episode 27 before canceling the release outright, with only vague news that a "big announcement" was coming - leaving all of those poor schmucks who had bought the artboxes empty slots in the process. (I know! Total asshole move, right?) 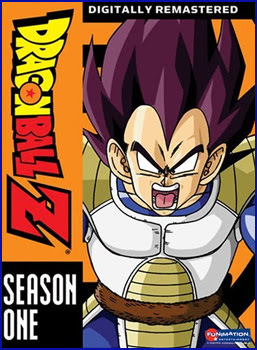 After ramming only one-third of their Ultimate Uncut release up consumer's less than healed collective ass, in 2006, it was announced that FUNimation was going to re-release the entire TV series remastered in High Definition... but on DVD. These transfers were based on FUNimation's own well-worn Interpositive prints (which I assume are second-generation materials, but have no way to be certain), were matted in a faux-widescreen ratio, and the whole image was hastily smeared into obscurity with grain removal and scratch repair filters, not to mention overzealous saturation boosting that left colors positively atomic. The release was a clusterfuck of epic proportions... but it also meant you could purchase 39 episodes of Dragon Ball Z for $50, or the price of six fucking episodes based on the price of the old singles model. The quality may well have been shit, but at that price, even a turd wrapped in bacon begins to taste like filet mignon. For $450 MSRP, you could have the whole series, and the footprint from their unimpressive "Orange Brick" digipack casing would only take up a small bookshelf instead of an entire tool shed. 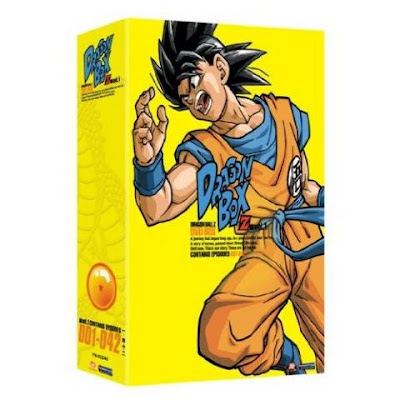 Once the "Remastered" seasons were finished in 2009, FUNimation stunned the miniscule public that cares about this sort of thing and announced - not Dragon Ball Kai -  but the release of the Japanese remastered "Dragon Box" collection. The Dragon Box masters were made from Toei's own vaulted IPs in the show's original 4:3 broadcast aspect ratio, had a substantially higher quality frame-by-frame restoration, and is still largely considered the ideal presentation for the show despite the transfers being several years old now. Pieces were said to be strictly limited to the first pressing, and the first set contained 42 episodes at an $80 MSRP - but to FUNimation's credit, that included a handsome chip-board box, two glossy digipacks and a translated hard cover booklet flowing with liner notes. By the time the second set came out the MSRP on both had dropped to $60 a piece, which means even if you bought the first set at full price this release will still set you back slightly less than the prior "Remastered" season sets. 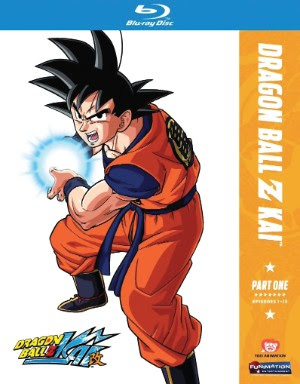 It's 2011 now. Blu-ray has more or less become the HD standard as DVD sales continue to dwindle, and there's literally no way left for FUNimation to add a new hat to a DVD release anyone would be willing to pay for. So what's a massive franchise owning company to do? That's easy - they milk their shitty HD transfers from 2006 all over again! There's no mention of the aspect ratio, or of the film having been re-scanned, or anything beyond the vague notion that they're using "newer technology" to clean up everything they fucked up so stunningly several years ago for this upcoming "Level 1.1" Blu-ray. The fact that they'd neglect to mention things like aspect ratio after months of vocal and violent internet hullabaloo about it, and even mention the name of the same stinkin' colorist that must be held responsible for trying to explain away the 16:9 widescreen fiasco, leaves me with only one sensible conclusion: They're pulling their 2006 "Remastered" Orange Brick materials out of storage and are crapping them out with a fresh layer of turd polish, hoping nobody will notice and assume that since holy hell, it's the original DBZ on Blu-ray, so it MUST be worth whatever price they're asking for.

The absolute funniest part is that the set only has 17 goddamn episodes, meaning - if we were use the DB Kai pricing ($35 per set) on the assumption that this will be a total of 17 releases - you'll have to spend $595 MSRP for an HD transfer that everyone who remotely cares already knows is a pile of crap!! The stones on Gen Fukunaga may not compare to the immeasurably tempered steel balls of Albert "Here's Captain America Upscaled For $9 Extra" Pyun, but that's still some pretty hardcore cajones-flapping on his part. 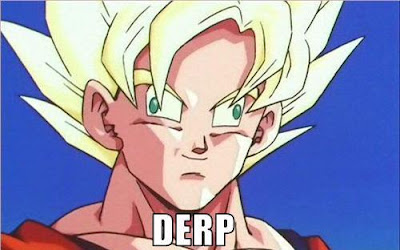 
FUNImation, I just want you to explain one thing... who the heck is this release even for? People who are concerned with image and sound fidelity enough that they turn up their noses at the inferior DVD presentation, but also don't give a shit that the masters are cropped and filtered beyond recognition? Is that even a market demographic matching that description, or are you guys just doing this to give people watching your history a fucking migraine?

We get it, Dragon Ball Z is the monkey that laid the golden egg. That's a fire you have to keep stoking, just to make sure pop-culture hasn't forgotten that Majin Buu literally killed everyone. (He did, too. Look it up.)  But if you get anything besides dust from Son Gokuu's chiseled bosoms this time, there really is no justice in the world.
at 9:11 PM

I think I heard somewhere that 40% of Funimation's revenue is Dragonball related. I don't know if it's true or not, but if it is, it makes you realize one thing.

They're not selling these rehashes upon rehashes to anime fans--they're selling them to Dragonball Z fans. Funimation are by a fat margin the biggest boys in our current incarnation of the anime market, but their biggest product isn't even for otaku.

I have a limited interest in Dragonball Z outside of the movies and manga, and no interest in Dragonball (take THAT stupid unfunny gags), but I did watch some of an orange box set once. Drunk. While singing karaoke. With heavy metal music blaring in the background. I don't know for certain, but I suspect a 4:3 aspect ratio would have made that considerably less fun.

Don't forget that a good chunk of that Dragon Ball money probably comes from video games and action figures and other related non-video/non-manga specific merchadise. There was a point where I'd replace those fucking "Budoukai" fighting games the way most sane people buy new copies of Madden every 9 months, but I've long since given up buying Dragon Ball figures (and had whittled my purchasing down to nothing but mini-figures for a while). A man only has so much shelf space, damnit!

As far as karaoke, heavy metal and DBZ go, this is about all that needs be said: "Rock The Dragon." I honestly wish those cheesy bastards had done a FOTNS theme for Manga Entertainment instead of Mike Egan... well, either them, or this guy: