The Joys Of Redundancy

There's nothing quite as great as getting a fresh stack of ultra expensive dual-layer Blu-ray blanks, burning a disc image off you've had sitting on your drive for the better half of a year... and then realizing, as you go to put it on a spindle with the other BD-R DL $5 a pop blanks, that you already made a back up of it from your last stack. 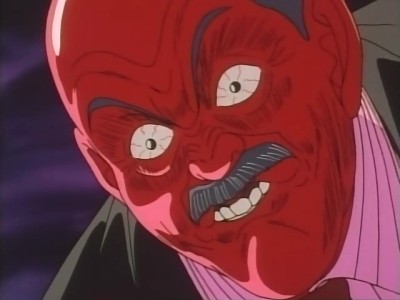 But hey, this means I can clear up some much-needed HDD space and get back to work on subtitle patching some HD stuff. Remember that? That I added subtitles to Blu-ray for a while? Yeah me neither, but it's about time I reminded myself anyway.

I've spent a week or two on a project for a friend of mine. It's not really my baby to talk about, but suffice to say I handled encoding/authoring for an educational project that's actually got a lot of interesting stuff crammed into it. Stuff like this. If you end up seeing it on the ol' tubes I'm sure you'll dig it.

'Course that'll all have to be spread around curse-filled bouts of grappling with Shadows of the Damned. I'm just being hella-slow getting through that thing and it's not like it's an exceptionally long game to start with... 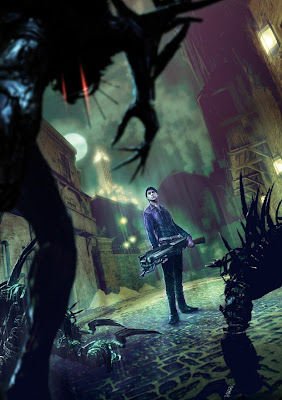 It's like Dante's Inferno by way of Robert Rodriguez but if Spike Spiegel were also Danny Trejo and had a talking skull-gun for a sidekick... wow, that description might have actually make the game sound more normal than it really is. All you really need to know is that it's made by the collected crews behind Resident Evil 5 and No More Heroes, and somehow manages to wed the charm of both without turning into a stack. On the contrary, it works quite well, and even makes it a point to say "Okay, enough shooting at giant birds that can only scream 'Fuck you' - now it's time to be a side-scrolling shooter." All you need to know is that Suda 51's awesome like that.
at 4:50 PM