In Paranoid USA, Serbians Cut YOU! 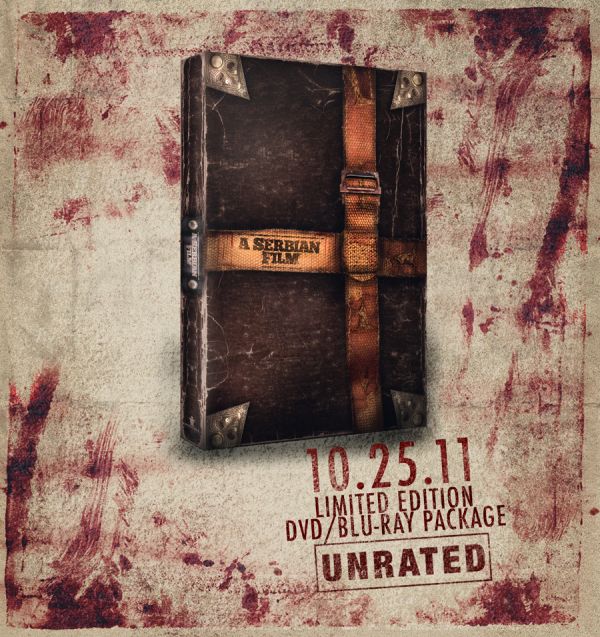 Yeah, I'm still pissed, but come on.
That box is pretty fucking bad-ass.
A shame that they're still listing this as "UNRATED" on the marketing materials... not "UNCUT". Potentially obscene or not, I just can't throw my support behind a censored release, not even when the material being censored makes me say "Dude!! What the fuck is wrong with you people?!"

Should Invincible Pictures have a change of heart and release the uncut 104 minute version, I'll be the first to let you all know. In the meantime, I'm going to gird my loins over the current dick-shriveling currency exchange rate and see if I can actually import the uncut Norwegian release for under $50. Apparently the film has since been banned in Norway, but the distributors are located in Sweeden, so they can still legally export the film (for now, at least).
at 6:19 AM

It will also be released uncut in the Netherlands on September 13th. So far they only announced it as a DVD, though, so hopefully a BD will get listed soon.

And you can bet that there will be an uncut release via Austria now that the German release has been cut by an amazing 14 (!) minutes. Just a matter of time.