Sword of the Berserk

I had been pretty good about not pre-ordering toys for a while. Goddamned things are expensive these days, what with the eternally stable yen officially wiping its ass with the Mighty Joe American Dorral... 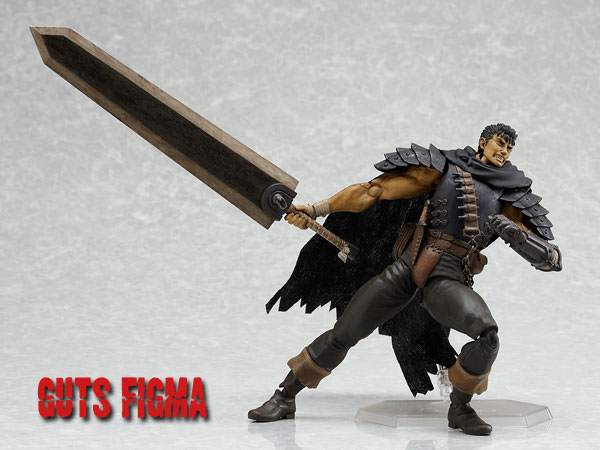 But this thing? Oh yeah. This fucker's GETTING PRE-ORDERED, and Damn The Expense! The fact that the missus has a steady stream of adorable moe-blobs lined up from AmiAmi means at least we can split the shipping, as I recently did while getting my hands on THIS gloriously useless and now no-longer readily available bit of PVC. Even so, the "discounted" $37 for a posable hunk of plastic no longer fills me with terror or dread, and considering I used to wince at the thought of paying $37 shipped for Fewture Models Devilman characters which, in my eyes, remain some of the nicest looking bastards to clutter up my home...

Now obviously importing teh animoo was never for the weak of heart, but fucking hell, how do I look at this and think to myself, wow self, that's actually a pretty good deal? What the fuck happened to this country's currency value!?

But back to Guts. Accessories are limited to the stand and Dragon Slayer (pictured), as well as a 'normal' face and an alternate hand for the arm-canon. Surprised he doesn't have the mechanical auto cross-bow or a pint-sized Puck figure, but that just gives them an excuse to pack some optional parts with a Hawk Band Guts, now doesn't it? Pretty sneaky, Max Factory...

Huh! Come to think of it I don't think I've talked about the upcoming BERSERK trilogy from Warner Brothers. That's... kind of because I'm almost dreading them. I've never been sold on CG as a full on replacement for "traditional" 2D animation, and while some of the footage they've shown has promise, just as much of it looks like it's just poorly rendered leftovers from the old Dreamcast game. I'm more than willing to give them a chance, particularly since this may be the only way we'll ever see animated post-Eclipse Berserk, but seeing Nosferatu Zodd reduced to... well, I'll let the trailer speak for itself: