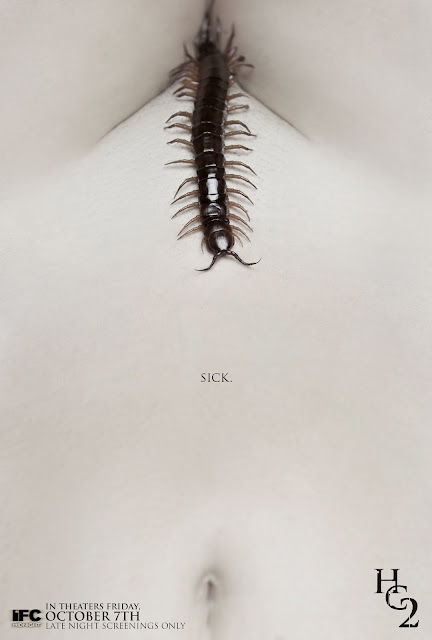 Centipedes? Made from MY anus?
After the initial BBFC classification refusal essentially banning the film outright in the UK, both distributors and censors have compromised and released THE HUMAN CENTIPEDE II (FULL SEQUENCE) with 2 minutes and 37 seconds worth of cuts. Considering just how iffy the Britsish censors get around sexualized violence I can't say I'm surprised, but of course curiosity means that all of the good bits the film might have are now spoiled as all hell. I'll spare you, suffice to say that you really shouldn't bother reading anything about the film on the internet unless you're prepared to hear what it's got to offer. And trust me, it's got so much more to offer than the initial "This is why we banned it..." statement from the BBFC ever let on.

What's more troubling is the fact that IFC's limited theatrical release this month was also cut. To be fair, this isn't entirely news: The Aussie teaser even said outright that the film was "Cut in America", but now IFC have stated in no uncertain terms that the scene involving barbed wire was the culprit, specifically adding that Tom Six "has made a concession" for the US release.

The really weird part in all of this? The Aussie release is still the only country to confirm that it'll be released uncut! Yeah, Australia: The country that won't let adults legally play Mortal Kombat, is letting Full Sequence go through without a single frame cut. Go fucking figure, eh?

Tom Six is now promising a third film that'll make Full Sequence look "like a Disney movie". I'm still not convinced that "Part 2" will light my world on fire, but I have to admit, that's a promise I find hard to take lightly. Funny that I'm so excited about the sequels on this after I found the first film to be a competent and unique, but largely underwhelming experiment... 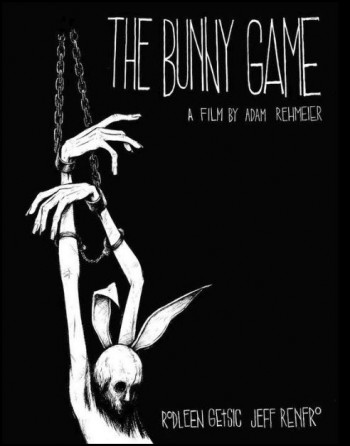 I'm not convinced that Johnen Vasquez didn't design this one...
In semi-related news, Britfags have also refused classification for the extremely unpleasant looking film The Bunny Game, which looks to be what the shot on video exploitation film Scrapbook always wanted to be but failed. The trailer is repulsive in a way that precious few films seem to be, so I'll be keeping my eye out for this one.
at 5:49 PM

Do you use terms like "Britfag" in some sort of attempt at taking the word back... or are you genuinely homophobic?

I've added a link to the Know Your Meme article in the post itself for clarification of the "-fag" suffix.

Rest assured that I hate neither the United Kingdom's citizens nor homosexuals, at least not any more than I hate heterosexual Americans or transgendered Mexicans or whatever an-gendered South Africans or whatever. Life's too short to hate arbitrary things like ethnicity and sexuality - I just tend to get angry over stuff like some arbitrary group of people paid by the government to decide what you can and can't watch, based on a typically arbitrary moral code of conduct.

These aren't snuff films, they're fake, and the fact that countries like the UK and AU still have to sort everything into neat little boxes and decide whatever doesn't fit doesn't belong in the whole country is just... well, I'd say "retarded" (and did) but I'm sure someone would question wither I was insulting people with mental deficiencies.

This is disappointing. I had intended to go see Human Centipede II in the theater, but I think I'll pass now... I hate censorship, a whole lot.

There's been no word on if there might be a "Director's Cut" down the line, but if IFC is releasing this without a rating to start with, I can only guess that they're either cutting it because someone high up in the company lost his shit, or because they're worried that sequence could run afoul of obscenity issues as well.

I would have kept reading your insights into film transfers even if you were a raging homophobe (or racist, sexist, etc...) because you are one of the few people who give an unbiased view. (I just would have done it with a scowl on my face, thinking you were a douchebag.) Thanks for the clarification :)