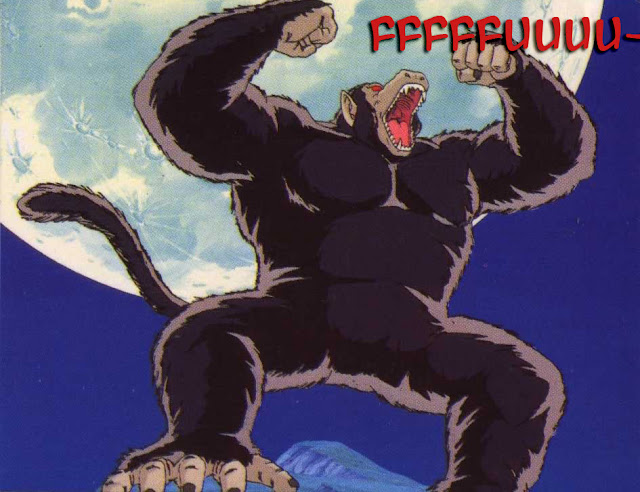 Pictured: Kentai before at least 3 cups of coffee.
Are you a closet Dragon Ball fan who lost your shit over the widescreen remaster back in '06? Disappointed that the new Blu-ray release won't have the original Japanese credits or next episode previews? Oh come on, I know you're out there somewhere!

Fun little question for you: Did you get all 7 of your Dragon Boxes? You'd better hope you did, because FUNimation has officially cut our asses off, according to an overly curious member of the DaizenshuuEX forum:


The Dragon Ball Z boxes were all limited edition box sets, and they will not have a second run. They have been discontinued and the stock that each store caries is limited.
Clever way to make the Blu-ray release look all the more appealing, no? I'm going to grab the last few myself ASAP, since they're clearly not going to get any cheaper now...
at 10:15 PM

No Japanese credits or next episode previews? That is disappointing. Though it's not a deal-breaker for me if the transfer is really stunning and it's uncut and has the Japanese audio and all that. Like, FUNimation's "saga" Dragon Ball DVDs don't contain the appropriate openings and closings (do you know if the "remastered" season sets do?), but they're satisfying nonetheless.

I've got all the Dragon Boxes. I've been pretty nerdy for Dragon Ball since I was like 9 when it aired feckin' EARLY in the morning on syndicated TV in '95. Loved DBZ also but fell out of all that once it went to cable, which I didn't have. Finally almost finished with the DB DVDs I bought like six years ago, and will move on to DBZ from there, but was thinking of buying the Level 1.1 Blu-ray.

So, yeah, I mean, if the transfer's great, that's the most important thing. Well, except for the obvious like Japanese dialog and music. But if the only major downside of this upcoming set is the two missing bits mentioned...I can deal with that and would plunk down 25 bucks for it.

Hopefully when the eventual "season" sets come out, FUNimation will throw on the Japanese credits and previews, but probably not.

The OP sequence is completely creditless, and I assume the ED is the same way (but haven't seen it to be sure). I guess I'd rather have CHA-LA HEAD CHA-LA with no credits than see Gen Fukunaga's name all over it, so I guess I'm nonplussed buy the whole thing.

FUNimation has never had full access to the previews on the 16mm prints they've been sourcing the show from for the last 15 years. The "Previews" on the old single DVDs were re-created on SD video for broadcast and were dubbed only, and while a case could be made for upscaling the Dragon Box previews as a compromise... well, it's one that could easily lead to confusion and misinformation that FUNimation is upscaling their new Dragon Ball Z Blu-ray release, and I simply can't imagine the backlash for not having the original "Next Time!" segments would be half as swift or brutal.

The Blu-ray will indeed have original Japanese mono, and the first REVIEW from Blu-ray.com is... actually pretty encouraging. As I've said I'm going to snap up the last of the Dragon Box releases, and at least get the "Level 1.1" release, if only for the lulz. If I like what I see, well, maybe...

I'm just excited to see a hi-res scan released, even if it is a fairly old scan. I think it's exciting; I highly doubt anybody working on this show ever thought people would see anything better than the broadcasts.

I'll buy the Level 1.1 BD as well, and if I dig it, well, I dunno... There's also the problem of a better, cheaper set coming out, but those won't come out unless these sell.