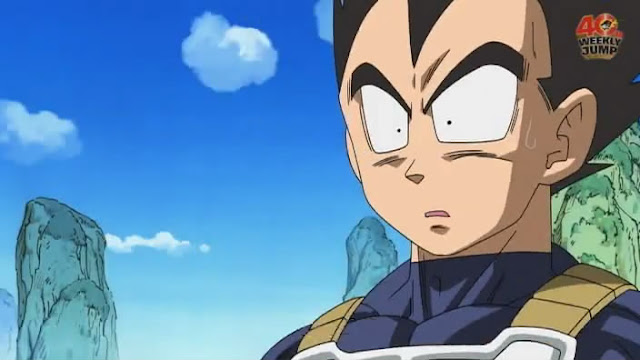 Flower Mound, TX – January 26, 2012- FUNimation Entertainment, has officially confirmed they have suspended production of all future planned Blu-ray releases of Dragon Ball Z including Level 2.1 scheduled to be released on March 27, 2012.

Blu-ray editions of Dragon Ball Z went into production based on fan demand, however due to technical challenges of restoring from the original film frame by frame, we are unable to continue these releases by way of this process. FUNimation will be re-evaluating the current process and researching more efficient methods of restoration.

Specific questions may be directed to : feedback@funimation.com

Actually, um, I've got a question: WHAT THE FUCK, GUYS!? Did you somehow just not realize that restoring film properly was a long, arduous and expensive pain in the ass? Did you not realize that releasing the first Blu-ray a month after the last of the Dragon Boxes would seem like a kick in the pills to the average consumer who's put up with your bullshit for all of these years? Or did you honestly expect the majority of consumers who even kinda give a shit to buy 18 separate volumes over the course of 5~7 years, knowing full well that smaller, similarly priced box sets were in the future?

Yes, I'm fucking mad and being a little unfair. That's what crazy fanboys do when you dick them around for years, finally treat them with some respect and then say "Ah, fuck this. Profit margins just aren't worth it." I bought Level 1.1 - I pre-ordered that goddamn thing! - despite owning all 7 Dragon Boxes. It's not like I'm finally catching up on something I put off for years, FUNimation already has over $300 dollars from me for this exact title and I'm still giving them more.

Despite my exhausted and mildly pessimistic comments about being content to wait for "DBZ Level 2 Complete" in a box set, if I hadn't been in the process of switching jobs and moving cross-country, then yes, I probably would have bought Level 1.2 as well. (For the $25 it sells for, why the fuck wouldn't I?) I thought the work overall was a top notch effort hampered slightly by less than ideal film materials, and was impressed that FUNi had the insane courage to, if only not in so many words, come out and indirectly admit that 'okay, we know we fucked up in the past baby... but this time, it's for reals! PLEASE COME BACK, I LOVE YOU BABY AND I CAN CHANGE!!'

Too bad Fukunaga and his company wrote a mouth-check that their glittering wish-summoning balls just couldn't cash. FUNimation may have finally split the belly of their golden egg laying goose here, and if so, it's only the fans who loved those first two "Level X.Y" sets that will suffer. Will we see more Dragon Ball on Blu-ray? We'll see the end of "Kai", if nothing else... Z, I'm no longer certain of, save that the outcome from the now privately-owned company worth just shy of 25 million dollars isn't looking as rosy as I'd like it to.

Keep in mind we live in an age when Universal is using shitty masters for movies like Scarface and Jurassic Park, single feature length films that don't need half as much tender love and care as DBZ does. And people still buy them, myself included... we all talk a big game about boycotting this or skipping that, but do we really do that? Or do we just wait until it's on sale for $10, shrug, and say "Whatever, it's all we'll ever get anyway"? The home video market is slowly rotting away while the worms of digital distribution burst out of its corpse for us crows to feast upon, and as much as I may hate it, that's probably all we're going to get in about a decade. Niche releases without the support of new, blockbuster hits to fuel their catalog are either going to be shitty, or they aren't going to happen at all... struggling to present consumers with a gorgeous, competitively prices, and exhaustively presented product like this is what leads to labels either giving up all attempt at caring, or just giving up completely.

Much as it pains me to say it, FUNi really isn't at fault here: for all their bone-headed timing and trying to milk this release for about twice as many SKUs as they should have, the work was solid and the price was fair. This tragedy - and that's what it is, whether you like Gokuu or not - is that the one 80s cartoon title with just enough appeal to justify this sort of treatment isn't going to get it because nobody fucking bought it. If Dragon Ball Z can't "afford" a proper restoration past the first story arc, I'm not convinced any vintage animated TV series can... not on these shores, anyway.

lol. What a bunch of fucking assholes.

I don't know, Funimation has demonstrated they're EVIL FUCKING GENIUSES when it comes to milking DBZ. My gut instinct is that this is going to end up being a publicity stunt, an opportunity to rebrand the product in a way that will make it sell better, and generate more hype and attention for it in the process. I'm going to be paying attention to see how Funimation goes about "opening up" about this.

I'm a cynical asshole, though. I find it hard to imagine Funimation's handling of DBZ as anything other than maniacally profitable. Since I'm not utterly devoted to the property, I'm kind of in awe and disgusted at the same time.

Herbal treatment is the most effective treatment you can do