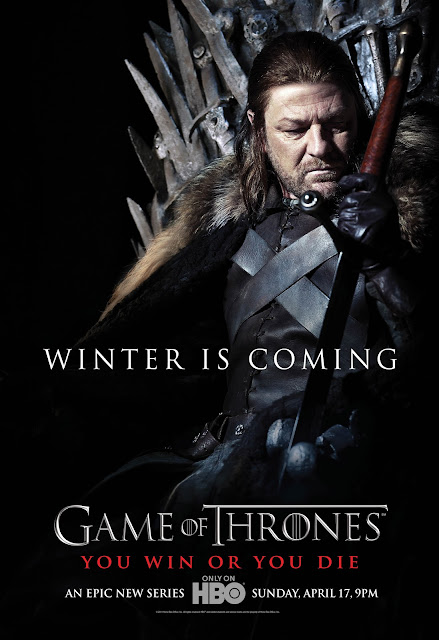 A mere $35, and available in two exclusive minimalist covers, no less!
Seriously, if you have neither the time nor patience to read 4,000 pages and counting (and fuck if I do these days), HBO's adaptation of GAME OF THRONES is fantastic stuff.

Having actually plowed through all of the first book I'm just a little disappointed in the way Daenerys' whole story was handled and think Tyrion got robbed of his one chance to show he's got more going for him than a silver tongue, but all in all the drama series is a fantastic piece of work that should break the barriers a bit between genre fodder and mainstream viewers; yes, there are walking dead, an extinct race of dragons and more pseudo-European cultures than I can rightly keep track of, but the core of the show is about complex family ties, the murky meaning of honor, brooding over bloody revenge and, particularly in the TV adaptation, fucking anything and everything in sight for reasons that range from selfish to horrifyingly tragic. I'm absolutely looking forward to April when the second season begins... though, I suppose, one could argue that most of episode 10 was really the start of George R. R. Martin's second novel in The Song of Ice and Fire series, A Clash of Kings.

I don't get a dime if you use this link, either. I just really, really think anyone within earshot should nab those kick-ass Criterion worthy box sets while the price is still less than half MSRP.

UPDATE: Got to see the Best Buy "Exclusive" package today and it's... basically a flimsy paper slipcover over the standard box with Eddard sitting on the Iron Throne. Still cool, but if you miss it... well, it's not like it's an exclusive steelbook or anything. 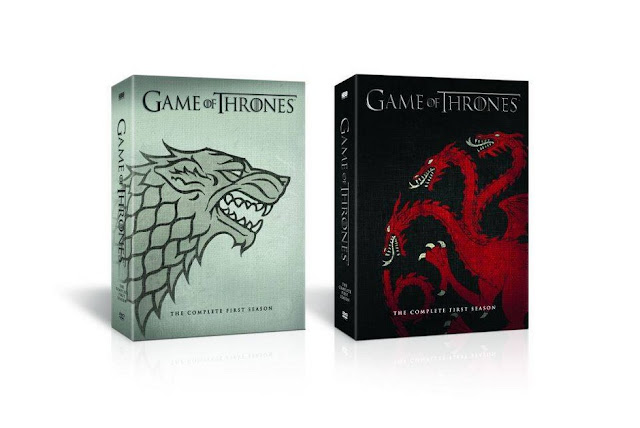