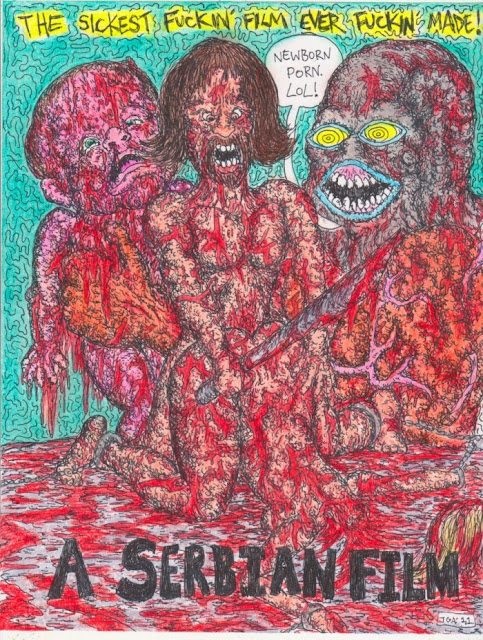 Now I admit it, Invincible Pictures' own actual cover isn't quite as amazing as Jose Gabriel Angeles' original poster, but I give them props for not only releasing the film completely fucking uncut, FINALLY, but totally rolling with the "bootleg underground snuff video" vibe I myself had toyed with at one point.

So this basically proves that the "obscenity" thing was a knee-jerk reaction, though the fact that the asinine child-pornography charges against Ángel Sala - for a totally fictional film that didn't, in any way, ever harm real children - was dropped sure sounds like as good an excuse as any to admit you were being a pussy and do the right thing. As with Media Blasters and their ridiculous re-re-release of A-KITE, I'll try to focus not on the bullshit that led up to it, but the fact that they've finally corrected their boneheaded self-censorship and are letting adults choose for themselves whether or not they want to subject themselves to what, well over a year later, remains perhaps the most vile, offensive, and passionate film I can remember ever having seen. 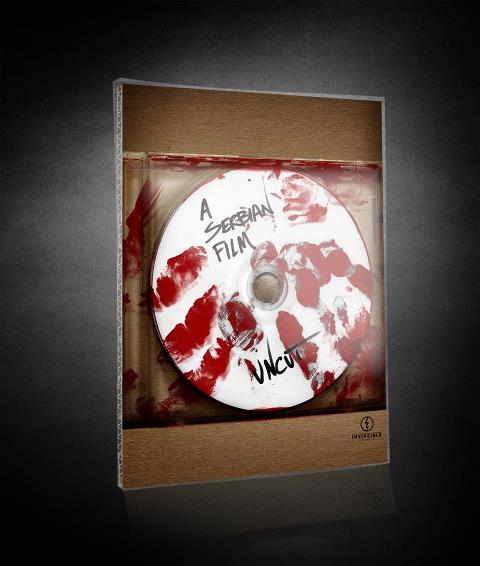 There's only one problem... it's DVD-only. Having already spent the better part of $60 on the Scandinavian Blu-ray, I'm afraid they can fuck my fictional child's ass on this one.
at 2:17 AM

You had me until, "There's only one problem." WTF?

Also: How's the A-KITE Blu-ray? Assuming it's out and can actually be bought from somewhere.

Also also: I just scored some ancient VHS tapes at a nearby bookstore.

Pretty pleased with 'em even if it is VHS. They're subbed at least, and to my knowledge uncut, and didn't cost a whole lot of money.

Far as I know the A-KITE Blu-ray isn't actually even out yet, though it's likely worth noting that the "Uncut" edition from Kitty Media seems to have been canceled outright. I've only yet to mention that because I'm waiting to have it in my hands before I say another word about it... knowing Media Blasters, there'll be plenty to say soon enough.


Congrats on the (potentially) UNCUT version of La Blue Girl! The impression I've always been under was that only the initial run of CPM tapes were actually uncut. Once they made the dubbed version they censored the subbed tapes, and Anime 18 never made obvious changes to the packaging; both versions proudly say "UNCENSORED!", which is a half-truth at best for the later releases.

If your tapes do happen feature Nin-Nin eating pussy, let me know. That'd be quite a find indeed!

If that means I got a completely uncut set, that is absolutely kick-ass and worth the $42.50 + tax I paid—especially since tapes 3–6 were unopened (likely meaning the first two were previously watched no more than once).

I gotta make digital copies of this sheeit.

Hopefully the OVA series gets a re-release on DVD soon.

Curious now what are some other good adult anime. What should be checked out further in the Urotsukidoji and La Blue Girl series (finished all 6 eps of the latter), if I should pick this up, whether Mezzo Forte has been released in the States with the director's cut pornographic content intact (and if not, what's the best available release), etc.

The German language EDIT REPORT goes over what was missing from each episode in great detail - there's a bit more cut than you're giving it credit for, but hey, 10 seconds of Nagumo Jackin' It In San Diego may or may not be seen by "vital". The first OVA is both the shortest and has the least number of scenes that could be jettisoned without affecting the plot too much, so you'll see a LOT more expanded material in the next two tapes.

The "Director's Cut" of MEZZO FORTE is, indeed, completely uncut. It's great fun too, but a wholly different animal from A-KITE. If you dig La Blue Girl I also can't recommend the TWIN DOLLS/TWIN ANGELS series enough... though, sadly, the US releases of the latter being a horribly butchered mess makes it hard to recommend actually owning it.

As for UROTSUKIDOJI NEW SAGA? I'd rather be fisted by lion, claws and all, than subject myself to that utter waste of 90 minutes and potential knuckle-children. It has one or two great grotesquery scenes the latter half of the second episode, and I suppose shifting the focus onto a character that is neither Nagumo nor Amano was a novel turn (or COULD have been, had they been smarter about it...), but it's not worth the pain. If you're hungry for more, do yourself a favor and download RETURN OF THE OVERFIEND instead. It only goes downhill from there.

If you want a 3 OVA series that's incomprehensible, grotesque, full of monsters and -isn't- a piece of shit to the core, get DEMON WARRIOR KOJI instead.

Thanks For Sharing Information ;)