Guts Returns to America Thanks To... 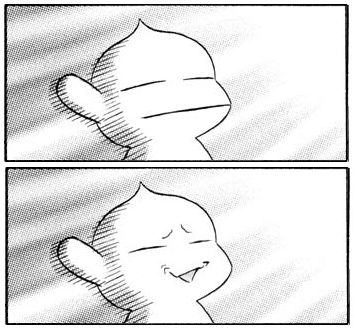 Wait, for real? Viz Fucking Media?!
That's right Puck! The otaku's best friend ever, Viz Media, now owns the US distribution rights for the new BERSERK CG anime features I'm simultaneously dreading and realizing I can't escape from. Viz Media has something of a working relationship with Warner Brothers Japan, and with Viz having been the distributors for both the live action Death Note and Gantz features, this news is only shocking in the sense that the news isn't "FUNimation now owns the entire mainstream US anime market". Target date for the first film us Fall of 2012, which seeing as how the second film hasn't even hit Japanese theaters places us slightly less than a year behind Japan. Not a bad potential turn-around, at least when you consider we got the TV series a good five years after it started airing.

Some of you may know Viz Media as "the company that keeps releasing Naruto and Bleach singles even though it's goddamn 2012". You'd be correct, sir or madam. Others more familiar might remember them as "Those pricks who refuse to release the final half of Monster and Nana, even though the dubs are finished and literally all they have to do is press the stupid things." Also true!  At least one of you is also probably thinking "JESUS CHRIST! Didn't those mongoloids announce Inu-Yasha: The Final Chapter back in '09?!" Once more, positively correct... though the idea that anyone regularly reading my blog gives the slightest shit about anything Takahashi's done in the last decade just doesn't add up. If you still have a boner for Lum left over from the early 90s or something I guess that's fine, but the fact that a "final" 52 episode run of Inu-Yasha even exists, much less got licensed several years after the [adult swim] gravy train had drowned in a sea of flash cartoons, is nothing short of confusing.

But in short, yes, Viz is pretty fucking awful as a licensor and the only reason they still exist is because they're an appendix of ShoPro once removed, one of the largest comic conglomerates in Japan. Viz continues to have access to properties that are licenses to print money, and if they happen to handle something that DOESN'T generate cash they just... kind of stop doing it. It's a little hard to blame that mentality on them when the market is in such a violent state of upheval and change, but nothing says "Fuck You!" to an unwashed media collecting otaku masses (rare as we've all become) like literally getting 2/3 of the way through their favorite show of the year, and then just shrugging it off and telling them to watch the rest on Hulu+ or Crunchyroll or... something that isn't a third DVD box like the other two sets you already paid for.

To Viz' failing credit, there isn't anything especially wrong with their treatment of the Death Note or Gantz live action films, and I imagine Berserk is seen as a property of a similar caliber. True, in former case they're the slightly shorter Theatrical versions, but this is a pretty common issue with Japanese live action films in the 21st century and hardly something we can blame Viz for. With these precedents in place, odds are we'll get a special edition Blu-ray and maybe even a dubbed theatrical release, so for all the snarling and wincing I did when I saw the name, I doubt we have much to worry about...

...well, other than the potential crushing disappointment of the films themselves, anyway.

By the by, here's the trailer for the second part of the trilogy, which... does look substantially more exciting than the previews for the first. Still not digging the clunky CG horses or some of the awkward, PS2-esque fight scenes in general, but if these films keep me up to my eyeballs in related Figma debt, I guess they get a pass.