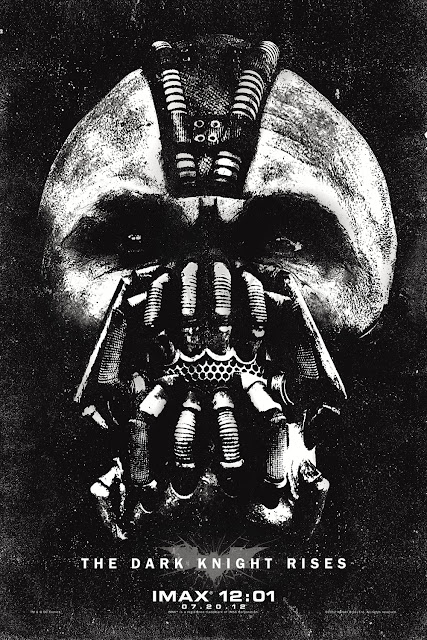 So... it's impossible to do what I want to do here without some pretty massive spoilers to THE DARK KNIGHT RISES. If you haven't seen this yet, come back and read this once you have. You're wasting time and ruining your own fun otherwise, and that's just downright silly of you. (Unless you live in Japan or someplace that got it a week late.) It's a pretty frickin' good movie. Go join the rest of the world and get your Goddamn Batman on, will ya?

Anyway, I thought I knew where Chris Nolan was going with this. I was only half right, though, and it kind of irks me. The first hour of the film establishes a world in which the events of The Dark Knight have left Wayne with seemingly no choice but to retire his role as justice in Gotham, and it's not until the threat of Bane appears that he realizes the time has come to don the cape anew. I actually liked that whole bit, giving a distraught and emotionally void Wayne a reason to come out of his sad-sack and reclaim his role as criminal cock-puncher of his beloved city.

What irks me, however, is the fact that they introduce Bane, and even mirror his actions in Knightfall... and then they DON'T do the one thing that Bane is supposed to do. I mean, they do, but they do it in a temporary, half-assed sort of way in which Wayne's back is "broken" but still fixed with an only slightly mystical healing touch. It's lame. It nullifies the big impact of introducing Bane as the Final Boss character, and missed a huge opportunity in offering 'Robin' a chance to step up to his role before the end of the film and appear in combat as an almost Christ like figure, carrying on the symbol that Batman Begins wouldn't shut the fuck up about in the most literal way possible... and then they decide, nah, let's just backtrack to that opening scene in the first movie and have THAT be the big revelation, that Bruce Wayne is finally strong enough to SAVE HIMSELF.

Granted, it's worth saying that Rises is, in many, MANY ways, a direct sequel to Batman Begins rather than The Dark Knight. To some degree, I think that was unavoidable. Heath Ledger redefined the very concept of the comic-book villain and then passed on before the film was released, leaving an awkward and very Joker shaped hole in whatever direction the franchise could even take afterward. If he were still alive, I'm sure the final film would have had some pretty drastic differences... but, he's not. We can't have Ledger's Joker back, not now, and not ever. Honestly, I could have seen Joker taking an army of anarchists to war with Bane's militia of violent socialists and making the police presence in the final reel almost a foot note, but hey, no use crying over what we can never have, right? 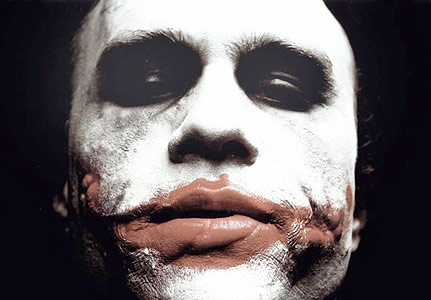 Y'all get WHY he smacked his lips, right?
If swear, if I hear someone bitch about that one more time...

With that in mind, it only makes sense that the storyline backpedals to the characters of Batman Begins, and that's... not a good thing. Oh I know the whole world loves that fucking movie, and I'll grant that the stuff with Scarecrow can be pretty awesome, but personally, I can't stand it. Liam Neeson is a fine actor, but I never bought that he was a friggin' ninja, and Ra's Al Ghul is kind of a stupid character to focus on if your whole concept is "Batman Minus The Fantastic" to start with; his two defining characteristics are that he's an immortal demon who sits in the fountain of youth, and that he has a hot daughter who totally wants to bear her daddy some half-evil Batbabies. Remove both of those, as they did in Batman Begins, and he's basically just a less drunk version of Sean Connery in Highlander. And that's what 2/3 of the film actually focuses on. I get why Nolan took the film in the direction he did - after the disaster that was Batman & Robin, he wanted to drive to the opposite ends of the universe if at all possible, and for that I can hardly blame him - but what we get on the screen is just... dull. I tried to re-watch Begins the same night as Rises and after 10 minutes I just gave up. It sucks, it really does.

What's odd (or at least interesting) is that, after the comparatively "realistic" second film, which is essentially just a Michael Mann thriller with capes, Nolan has finally come to embrace the trappings of the medium he was largely eschewing for the screen. Explicit origin stories are played out and then twisted beyond recognition, fans are given their fair share of service in quips pulled from legendary books in the DC canon and plot twists that may shock people who have never picked up a comic should have been figured out long before the reveal by franchise fanatics, and in the end, the entire proceeding feels... episodic, in a way that none of the other films did. It references chapters past, expands upon those ideas, and then promises more to come without explicitly saying "This will be Part 2, we promise!" (as Begins so clumsily did.) Perhaps the blatantly fantastic nature - and commercial success - of Marvel's competing blockbuster franchise has eased WB and Nolan's reigns on the "grim and gritty" angle a little bit? I'm not really sure, but in any case, it was nice to see the two most interesting aspects of Ra's Ah Ghul referenced in the film, if only in a passing, winking sort of way.

Quite a few liberties were taken with Bane's motivations, but I think that's probably made him a more nuanced and memorable character for it. And Selina Kyle (never "Catwoman" explicitly) might be the best thing in this movie, goofy goggles or not. As a friend of mine so perfectly pointed out, "DKR" works on comic book logic; what works on the page is what you get here on the screen, where as "DK" before it worked on action movie logic, and "BB" worked on... I, don't even know what that was. But I know I'm mostly alone in that, so, whatever.

Don't get me wrong, despite all of the above bile-expounding, The Dark Knight Rises is actually a really good movie. It just confuses me why Nolan has all of these perfect set pieces lined up like dominoes and decides not to tip them over to their most logical and, yes, final conclusion. Is he too afraid that audiences won't accept a broken Batman and reject the "new guy", as fans of the DC comics did not too long after Knightfall ended? Or am I just feeling that inevitable disappointment that it's simply not as fresh and compelling as The Dark Knight was? I'll begrudgingly admit that The Dark Knight has a few logic leaps that work against the whole that this film generally lacks, and while there have been some perfectly valid arguments against Rises' sense of passing time (Really? Bane had Gotham by the short hairs for FIVE MONTHS? And it... basically looks exactly the same, other than the snow? Huh...) the film's 165 minute runtime passes by without any substantial snags or downtime.

So, there we have it. An extremely good third film that trounces the first but doesn't quite live up to the second. Considering how many trilogies end on an absolutely dire note, I guess Nolan didn't do so badly. Highly recommended, even if it won't knock your socks off quite as hard as the last flick.

I'll say this, what with my tepidation towards the film based on everything I'd heard about it, I decided to play it 'safe' and spend a mere $6 on a 'standard' digital showing. I was pleased to see that even at 2K resolution and in a fixed 'scope ratio it was pretty easy to tell what was shot on anamorphic 35mm and 65mm IMAX, with a sudden increase in clarity and less obvious grain structure springing to life during each and every big action scene in the film - nearly half of it was shot on large format film, which seems unthinkable in a world where the Red One is likely going to replace 35mm in the next decade. I can't believe I'm saying this, but I liked the film enough that I'm already figuring out which theaters in the area will be showing a "real" 70mm, which will likely cost over twenty bucks a head, after you factor in parking. It's often gallingly expensive to see a movie around the City of Angels, but I liked what I've seen enough that I'd like to get the full 70mm experience while I still have the chance.

Friends, if you don't think Kentai saying he's willing to spend $17 on a ticket to watch something he just saw two weeks ago isn't a massive thumbs-up, I don't know what more I could possibly say on the matter. 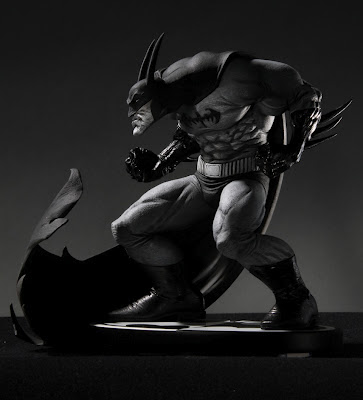 And while we're on the subject, Sam Kieth drew the best Batman ever.
Because Sam Kieth ALWAYS draws the Best Things Ever. He's cool like that.
at 7:01 PM