Night of the Limited Dead 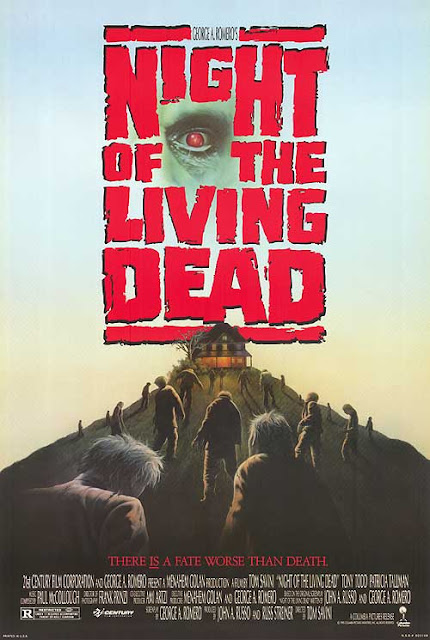 Twilight Time put up pre-orders for their limited-to-3000-units run of Tom Savini's NIGHT OF THE LIVING DEAD remake 9 or 10 days ago. I didn't mention it since... well, I've been busy and it slipped my mind. That happens a lot, no harm and no foul.

It turns out we're less than two weeks in and that "3,000" number is down to less than a hundred copies. Hell, by the time you read this it's probably already long gone! Even more noteworthy is that when the release got down to a total of 500 copies they switched it to a limit of 2 copies per customer, specifically to avoid the potential horrors of scalpers picking up the lions share of the run and putting them up on eBay for $125 a pop, as was the case with the similar FRIGHT NIGHT release from last year... and yet they're still moving at the rate of over 200 copies a day.


UPDATE: IT'S OFFICIALLY SOLD OUT.
Thanks for playing, we'll see all of you who missed it on eBay.

Twilight Time cheesed me off slightly by not including the 25 minute "Behind the Scenes" feature from the DVD. Not that I absolutely need every second of Tom Savini ever shot, but the documentary includes several gore scenes cut by the MPAA for an R-Rating, and as it stands fans of NOTLD '90 (which exist, evidently!) will have to keep their SD release for some of that sweet workprint footage...


Meanwhile, ENEMY MINE has moved less than 1,000 units total. Not sure what that says in the long run, but it's... interesting. Maybe that hilariously Bromantic cover had something to do with it? 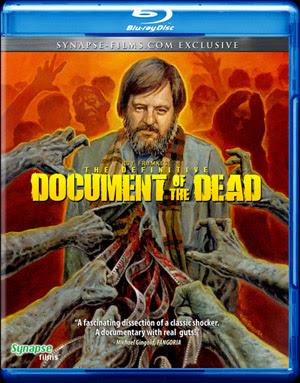 While we're on the subject of super-limited "...of the Dead" movies, Synapse Films have also announced THE DEFINITIVE DOCUMENT OF THE DEAD DVD + BLU-RAY SET. You get a brand new, up-to-date version of Roy Frumkes' documentary that covers Romero's career from the start all the way to Survival of the Dead, and you also get an HD version of the original 66 minute rough cut sourced from the original 16mm negatives. Some of the footage used in previous releases of DOCUMENT were shot on video, and as such a "complete" HD version of this just wasn't in the cards without some serious compromises. As such, I think Synapse has come up with the most sensible and interesting solution to fans who care enough about a behind-the-scenes documentary to want it on Blu-ray.

Also, notice that that the "Synapse-Films.com Exclusive" banner doesn't look even remotely like the Twilight Time silver-banner motif, or the fact that Synapse is releasing this limited-to-1500-units and put pre-orders up literally the day before Twilight Time started taking orders for this: 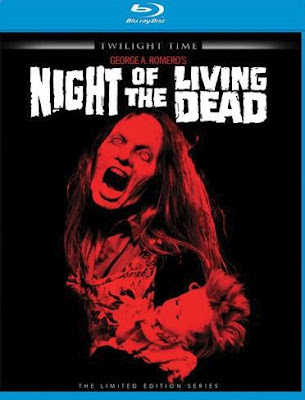 Don't get me wrong, I personally don't CARE at this point who's knocking off who, I just find the blatantly reactionary connection between the two kind of hilarious. Still, I wish Don and Jerry the best on this, and will pre-order a copy myself... as soon as Twilight Time's done with my wallet.
at 4:28 PM

Holy cow - I knew through my contact with the company that this was selling fast, but I had no idea it was selling THIS fast. No surprise, then, that they're imagining this could sell out before it even streets...

Wait, did I say "could" in that last sentence? Silly me.

I have pre-ordered Night of the Living Dead BD. I look forward to see it again. I haven't watched for a few years.

Also, Twilight Time will release John Carpenter's Christine on BD in March. Another one i will pre-order.

"UPDATE: IT'S OFFICIALLY SOLD OUT."

If Twilight Time doesn't justify/correct their changes, I'm done with them and their pre-order habits...

Oh my gourd, everything is blue. :O

I...yeah. There's a difference between color timing alterations and just simply eliminating almost every color except for blue. This is awful.

I think I'll take TT up on their refund...or wait a little longer to see if a corrected disc is issued.

Still waiting for my BD to arrive, and I'll have a couple other copies to compare it to within the week, so... yeah, this'll be a thing soon enough.

I watched my Blu-ray and was perfectly satisfied. Having never seen the film before, I had nothing to compare it to, but the screencaps and videos I've seen show it to be much uglier than it is. This is a really nice looking BD, and yes, there is a stretch where it's mostly blue, and the rest of the movie has very muted colors, but I found it to add a pretty eerie atmosphere to the whole thing.

It's not the disaster people talked it up to be. I'm glad I own it.

...Although whenever there's fire in the movie it kind of bugs me 'cos it looks really dull, when fire is supposed to be vibrant.